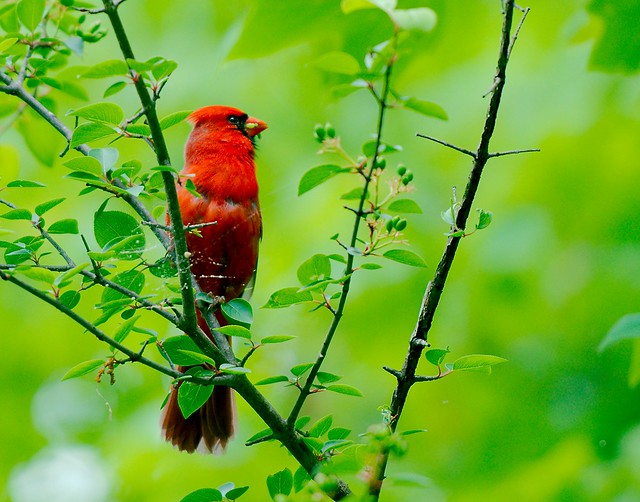 These birds are named after the Catholic cardinals, yet not once have one of them turned into a Northern Pope. 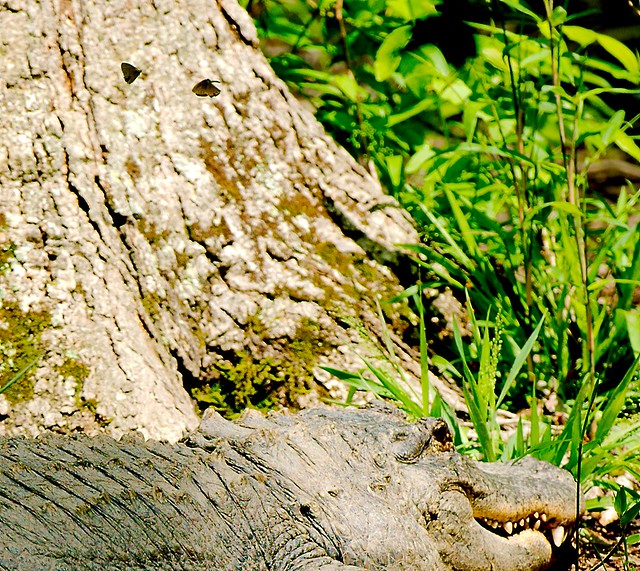 Only the bravest of all the butterflies go gatorgliding. 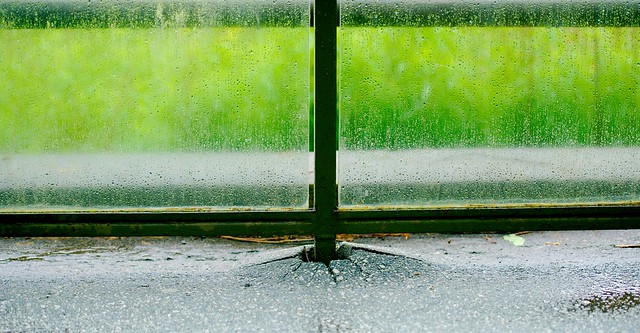 After a good rain, fences can spring up most unexpectedly. 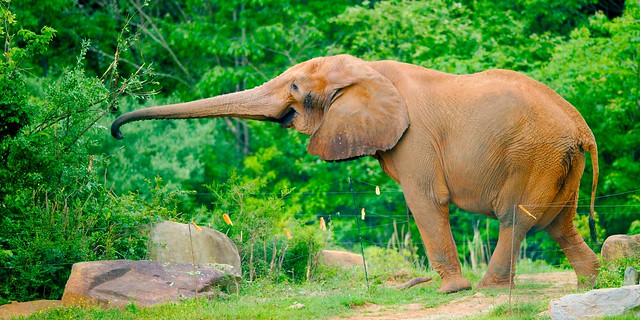 Had I looked at the plans, I would have doubted the efficacy of that thin wire fence.

I always underestimate the laziness of others when it comes to addressing minor barriers. 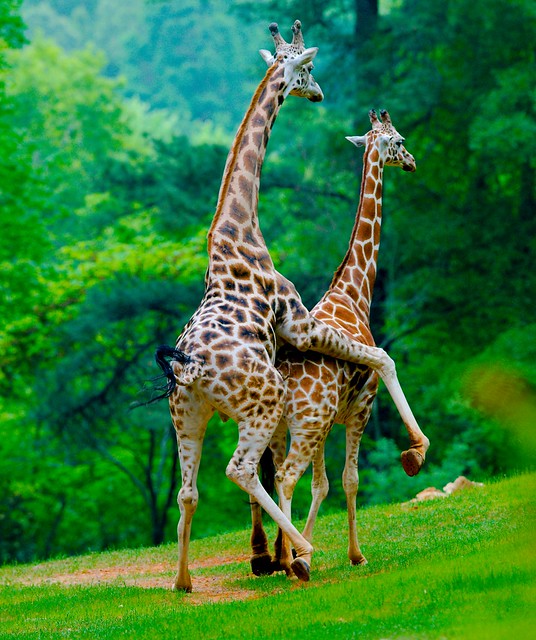 As soon as this started happening, the zoo visitors stopped making unsolicited comments on my camera and started shouting encouragement at the giraffes instead. 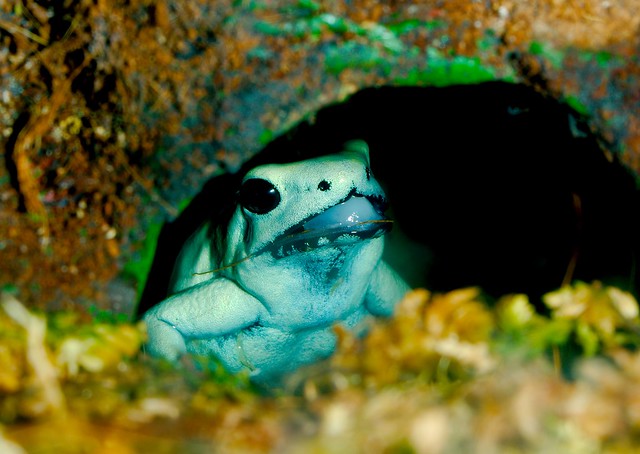 One interesting thing about captive breeding is that your captive population is often based on the genetics of the initial individuals collected … often decades ago.

The golden poison dart frog is green (according to the zookeeper I talked to) because, in the wild, there are green ones and there are gold ones. Apparently, the green ones were easier to capture, so most of the ones you see in zoos are green.

This has started to change, as more frogs are being captured to help protect them against the chytrid fungus, so the genetic diversity of the captive population has increased. 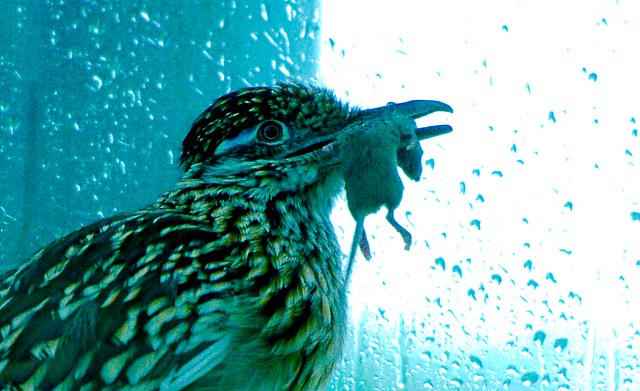 Stuart learns that roadrunners are less sympathetic characters than as depicted on the cartoon. 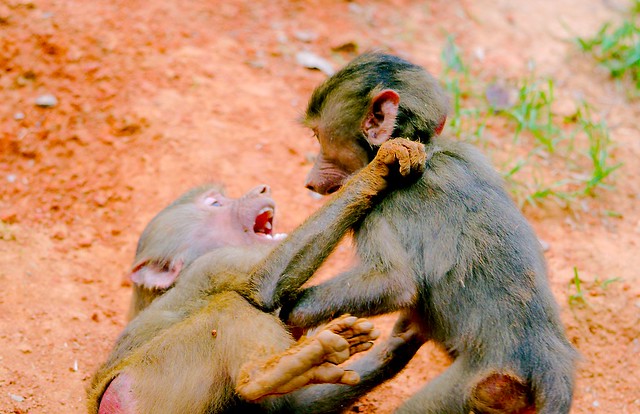 “No. Leave me. You’ll make it further on your own.” 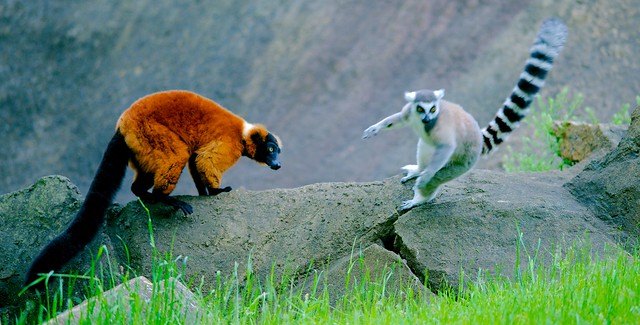 She had a different expectation of her Internet date. 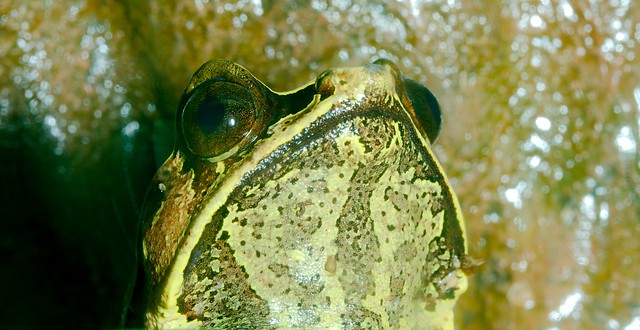 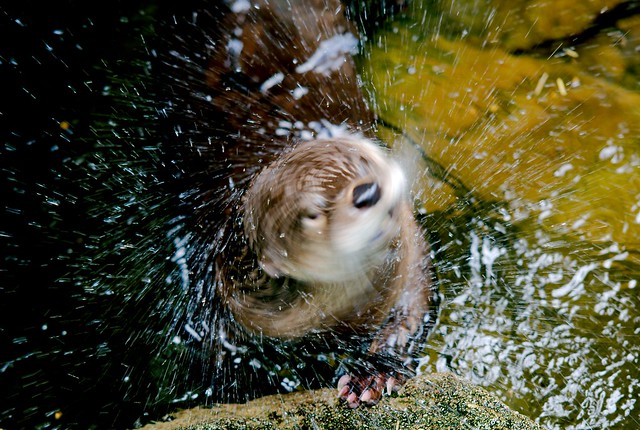 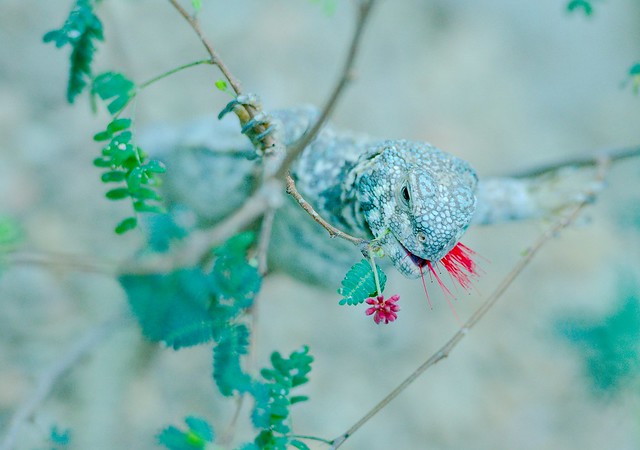 The peregrine falcon is the fastest bird in the world. I know this because Wikipedia has a list (of course they do) https://en.wikipedia.org/wiki/List_of_birds_by_flight_speed 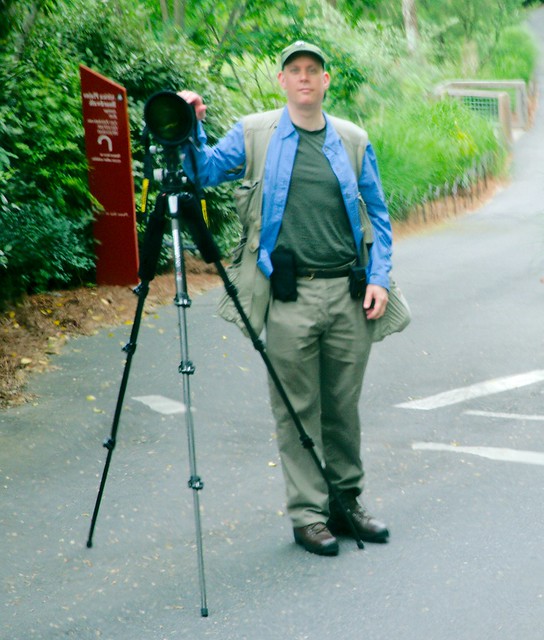 Sure was nice of the zoo to put up a big mirror for photographers to use for self portraits. 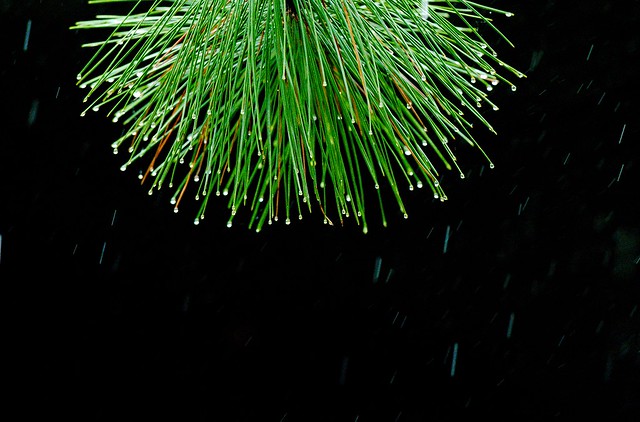 When you visit zoos on an area-by-area basis, you find that zoos that participate in species survival plans tend to have recovery populations in different zoos throughout the nation. However, some zoos seem to work more regionally. I haven’t seen red wolves anywhere, but when I did my Virginia/North Carolina trip, I saw at least three zoos with them. I was, at first, not that impressed, until I looked them up once I got home.

These wolves are critically endangered, but in 1980, they were functionally extinct. This means that the wild population was nonviable and it was about to go truly extinct in the wild. Then, in 1987, a captive population was released. This gave a boost to the wild population and an influx of genes that was sufficient to raise the status of the species. A captive population plus re-introduction allowed the species to survive long enough for DNA analysis technology to come along.

DNA testing has shown that the red wolf is a separate species and that the two closest species … the Florida Black Wolf, and Gregory’s wolf have both vanished in the last 100 years.

Today, there is an argument as to whether or not they qualify as a separate species. More advanced DNA testing suggests that thousands of years ago, the species was created through breeding between grey wolves and coyotes and that, today, the species is morphing again because of more breeding with coyotes (as wolves are hard to come by). This goes to show that biology is messy and it’s sometimes hard to draw a firm line around what is and is not a species.

However, is that a reason not to protect them? It makes one wonder if “endangered species” is really the best approach to conservation, or if, like concepts like “complete protein” and “pollution”, it is an oversimplification of science that somehow caught the attention of the world and has created a new framing device that will have to be torn down in future decades. 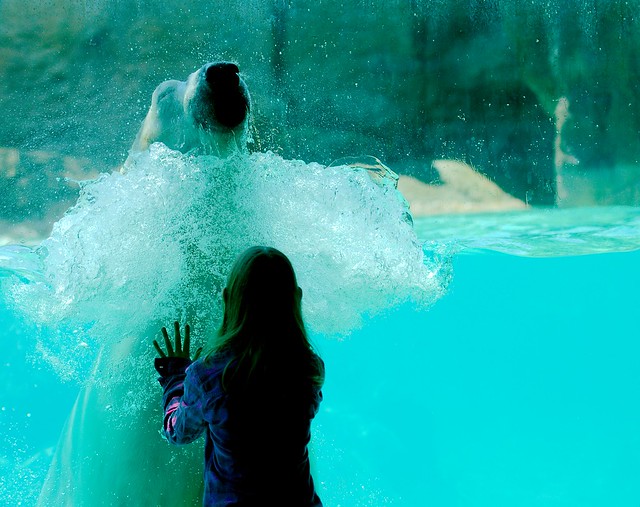 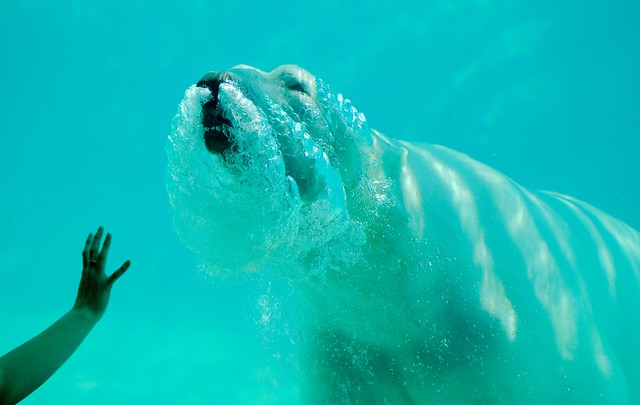 This kids liked it too. 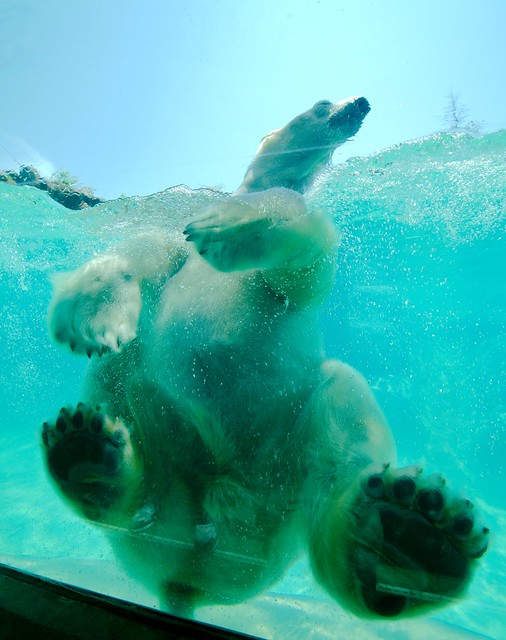 This polar bear liked to play with the visitors, and when kids were present, he would swim up to the glass, blow bubbles at the kids, flip over, and push off the glass. I have several photos of the process but, now that I’m thinking about it, I really should have recorded video. 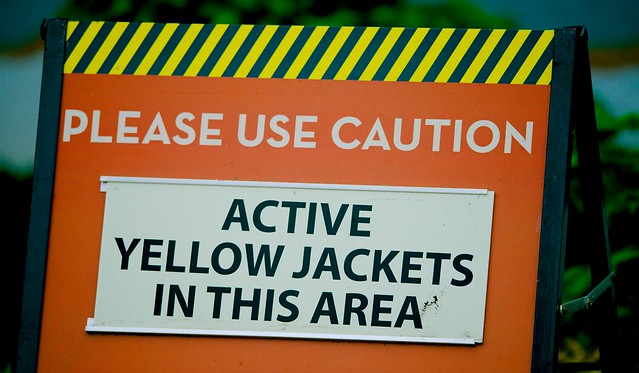 All the lazy-ass yellow jackets are down the street, at the pub.