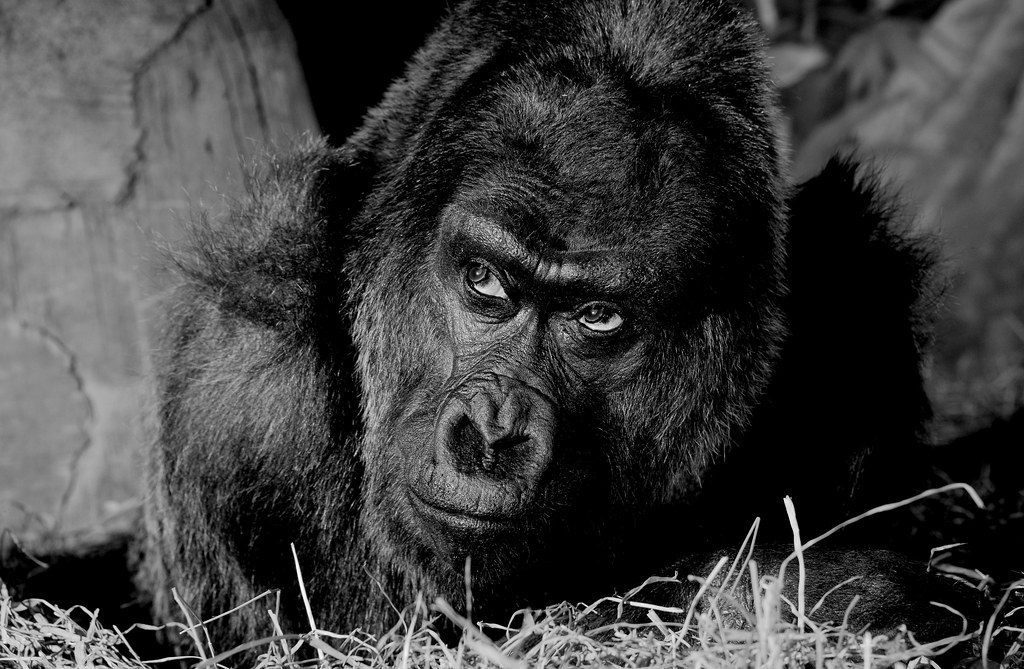 The strong glass they use in zoos has a greenish tint to it that can be hard to correct for in post. One way to cheat is to just turn the whole photo into black and white. 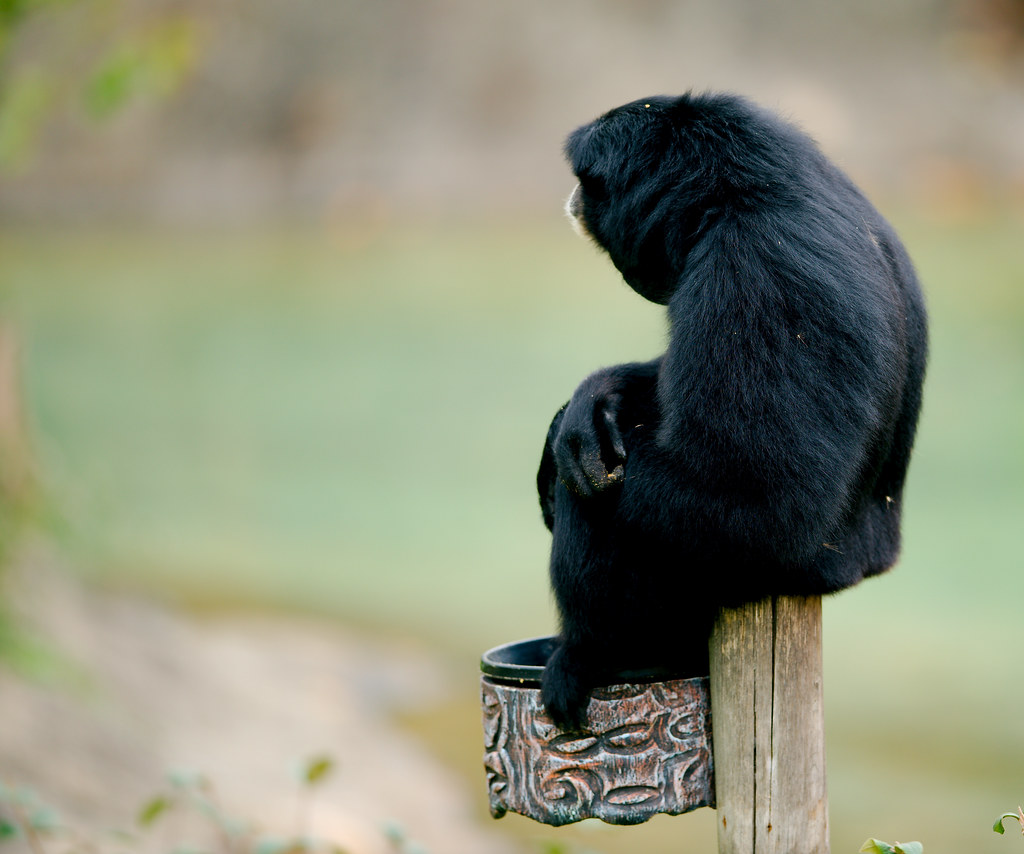 “Flagpole sitting was a fad in the mid-to-late 1920s. The fad was begun by stunt actor and former sailor Alvin “Shipwreck” Kelly, who sat on a flagpole, either on a dare by a friend[3] or as a publicity stunt. Shipwreck’s initial 1924 sit lasted 13 hours and 13 minutes. It soon became a fad with other contestants setting records of 12, 17 and 21 days. In 1929, Shipwreck decided to reclaim the title. He sat on a flagpole for 49 days in Atlantic City, New Jersey, setting a new record. The following year, 1930, his record was broken by Bill Penfield in Strawberry Point, Iowa who sat on a flagpole for 51 days and 20 hours, until a thunderstorm forced him down. Flagpole sitting in the 1920s was a major part of the decade. For the most part, pole sitting died out after 1929, with the onset of the Depression.”

This tells us some very interesting things:

1) There wasn’t a lot going on in the 1920’s.
2) There was a period of time in which Iowa went 51 whole days without a thunderstorm, yet it was warm enough to sit on a pole outside.*
3) Gibbons are about 90 years behind the fads.

* I am presuming that if the pole were inside, he wouldn’t have needed to stop sitting on it. 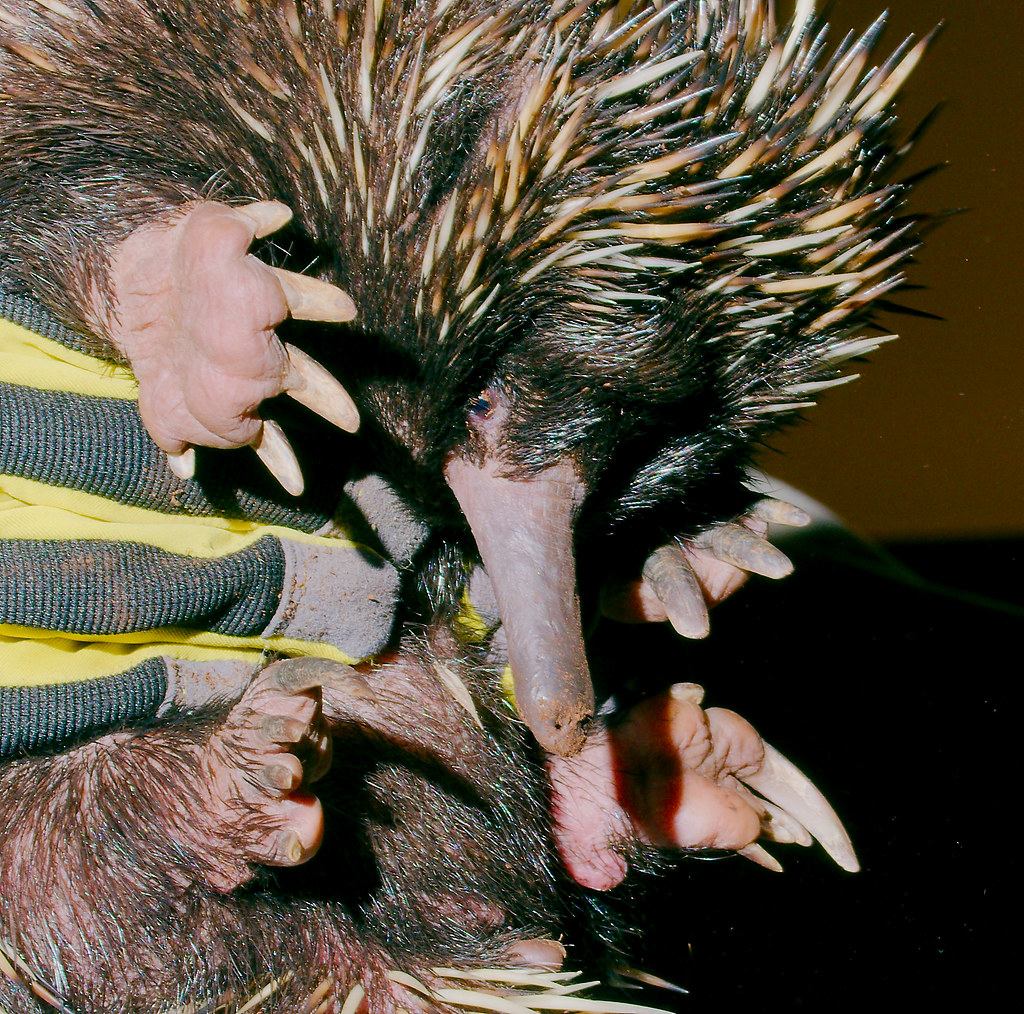 The echidna is one of the animals that has been on my short list of critters to get good photographs of (along with pangolins and platypusesisi*). This is not a good photo, because of the gloves, but it’s the best I’ve been able to get because, even if you are lucky enough to find a zoo that has one, these little guys are almost always asleep. Still, you can see eyes, nose, spines, and paws**, so it’s an OK shot, I guess.

* I don’t know the plural of “platypus” and am too tired to look it up. 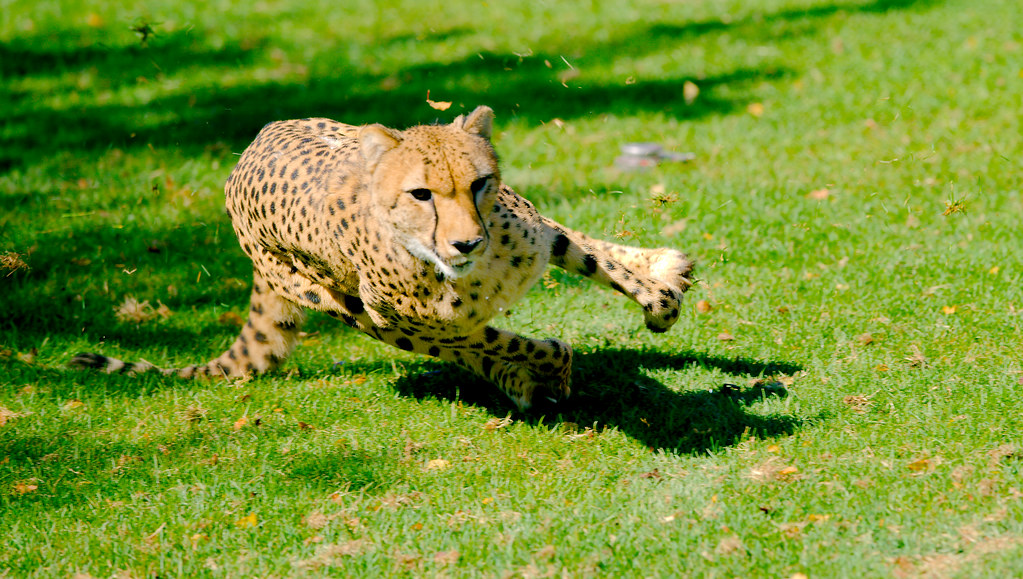 Another shot of the cheetah run. 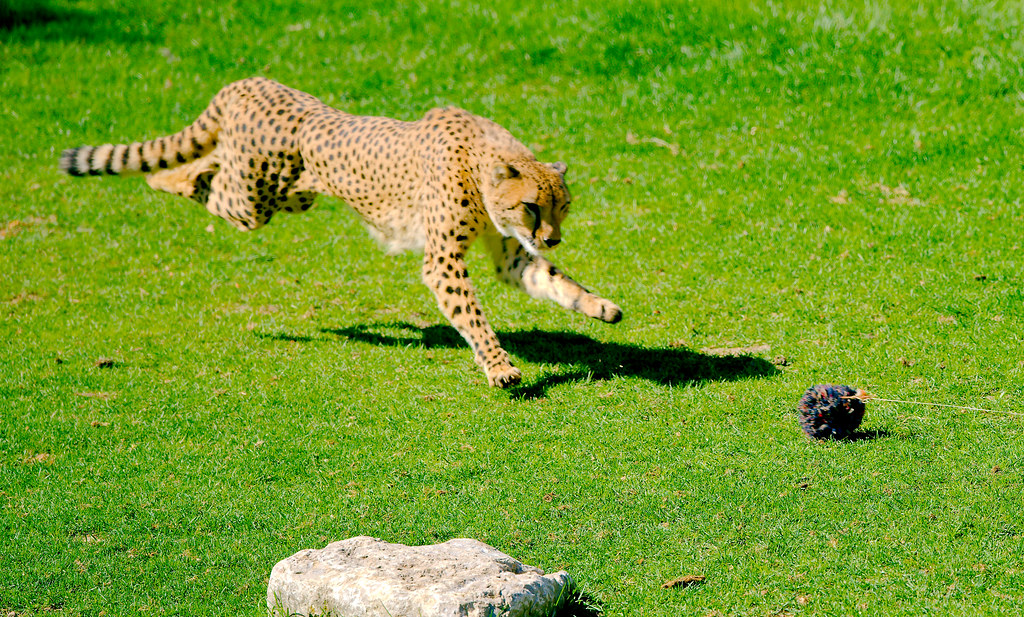 Cheetahs need exercise, so zoos have started doing “cheetah runs”, where the cheetah chases a toy around a track. To get a good shot, you have to set up about half an hour in advance for maybe thirty seconds of a run. Still, I think you can get good shots if you’re lucky. 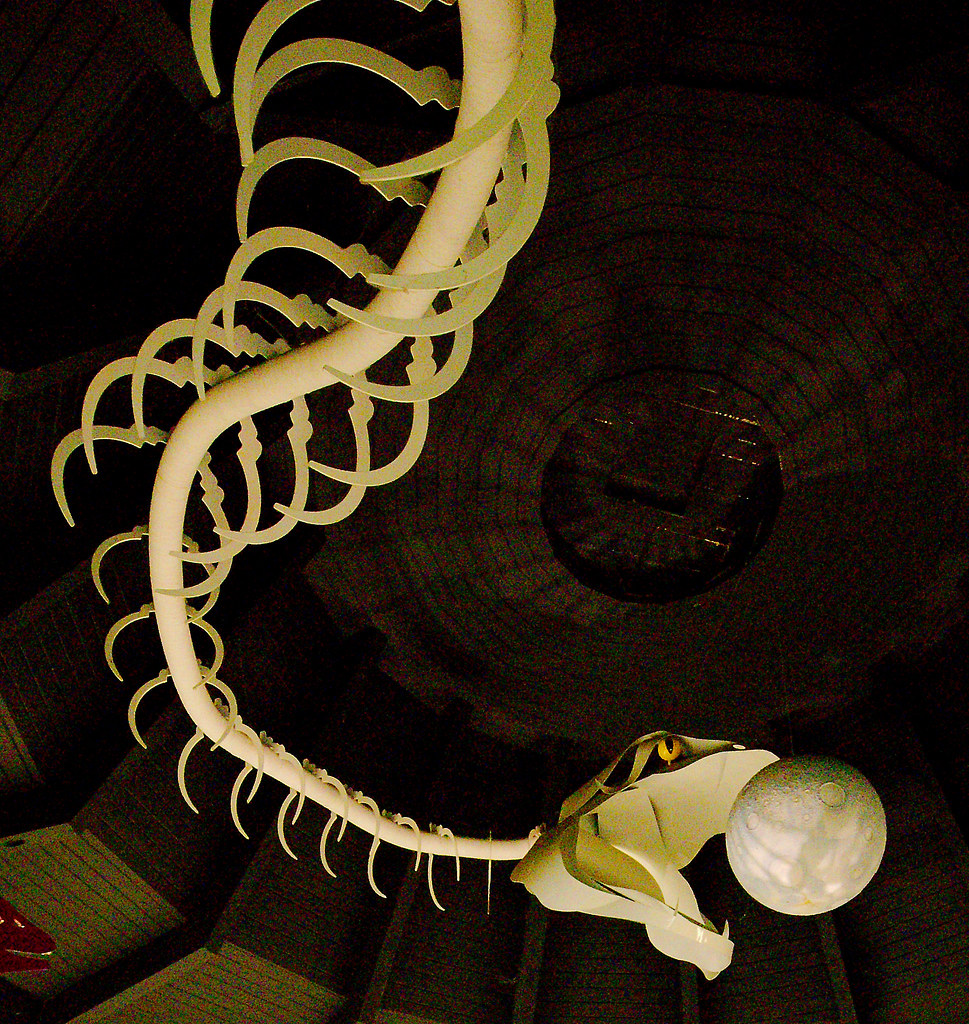 Apparently, sometimes when you build a reptile center, you wind up with too much space in the ceiling … and what better way to fill up that space with a gigantic snake skeleton eating the moon? 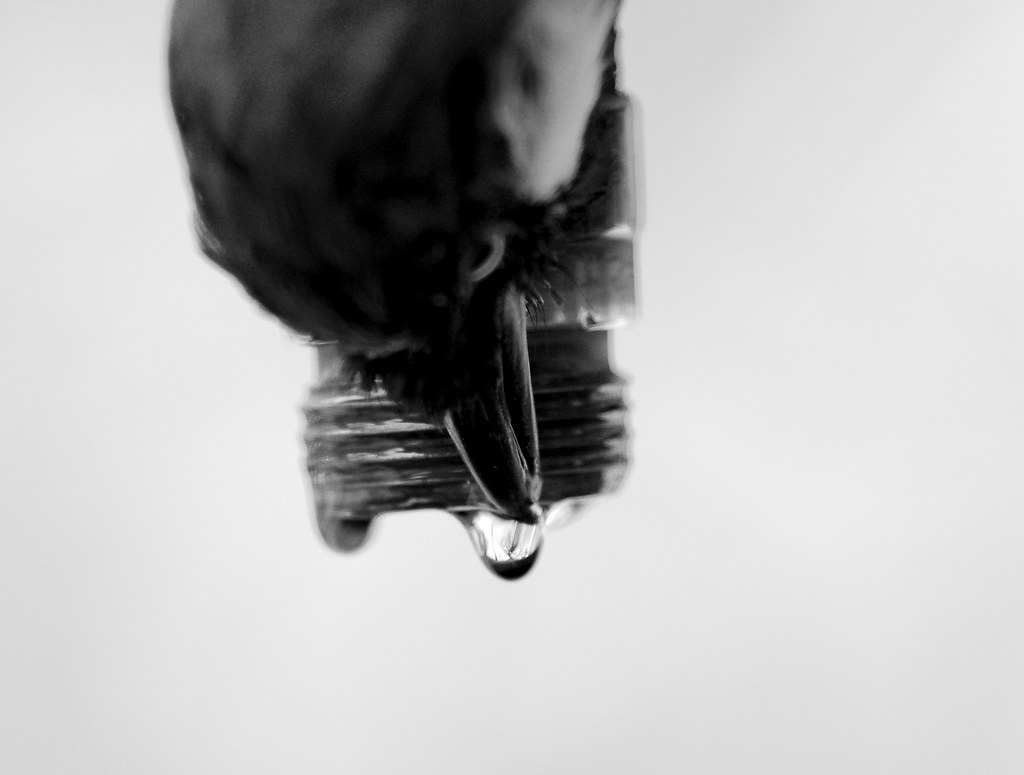 Hydration is essential to health.

Sometimes, health can be dramatic. 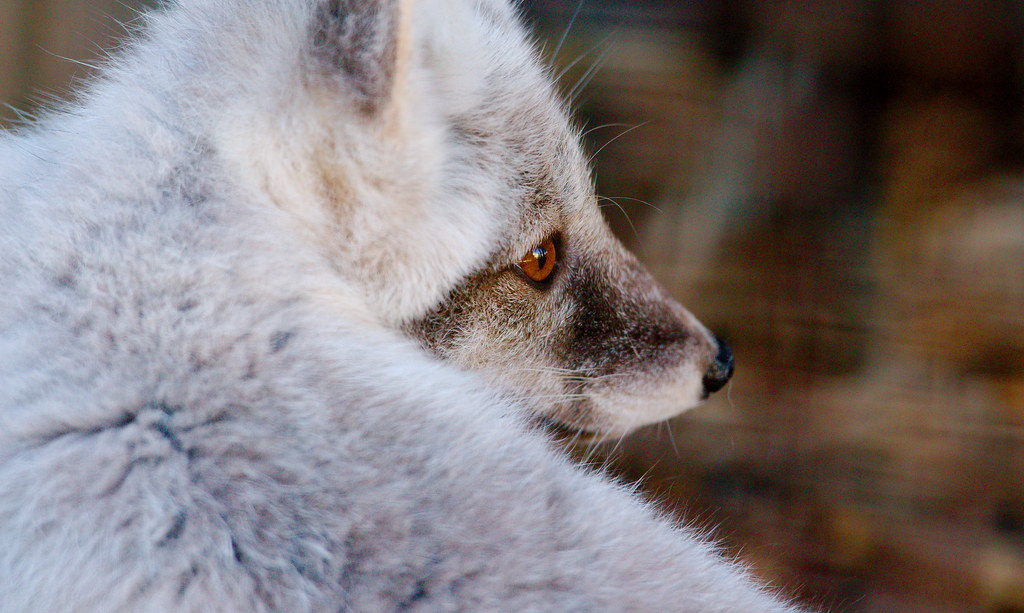 If you’re shooting in a particularly horrid venue, like an extremely shallow enclosure, you can sometimes save the shot with a tight cropping so no can see the front or back barriers. 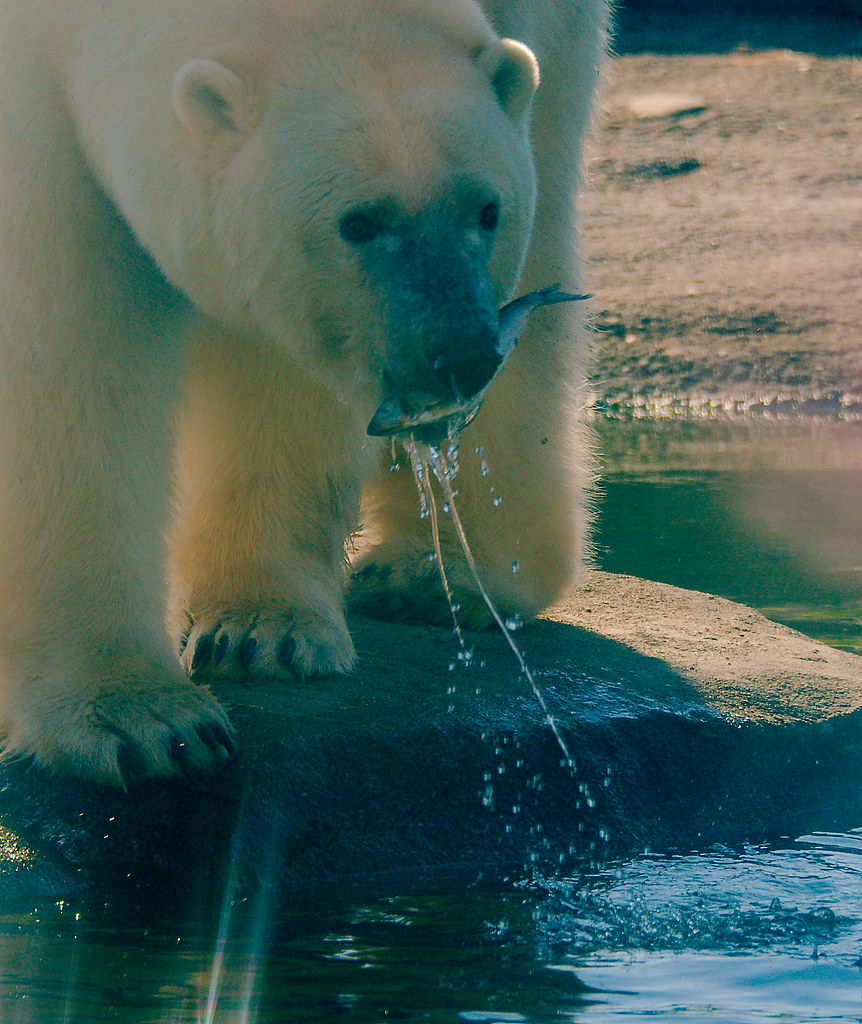 See? I knew herring would be popular. 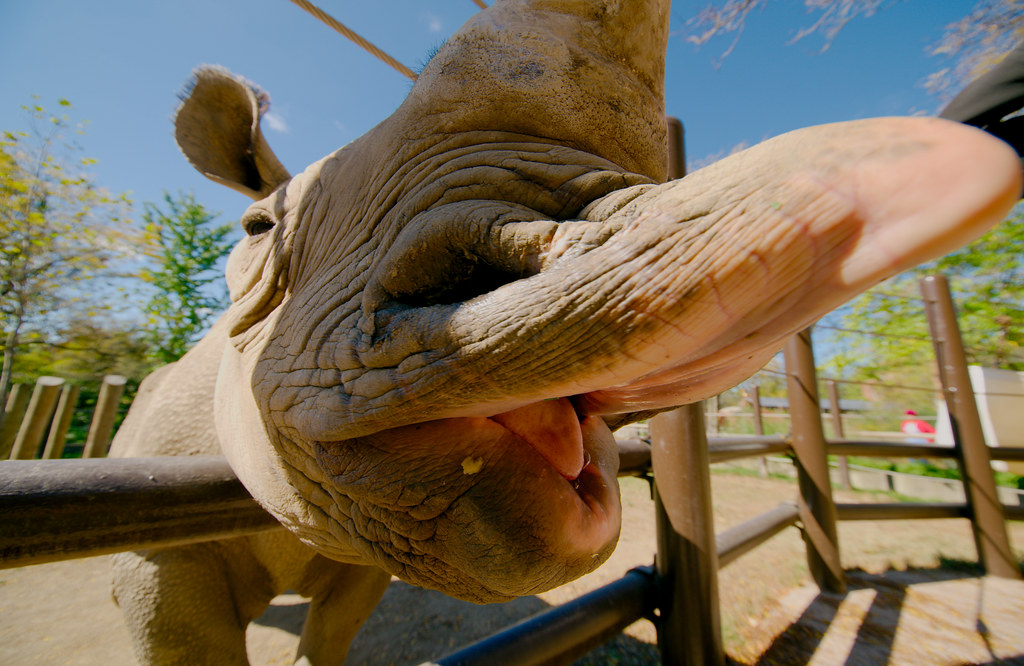 If you’re lucky and friendly with people, you might get to go behind the scenes at the zoo.

If you’re lucky and go behind the scenes at the zoo, you might get to feed a rhino.

If you’re lucky and get to feed a rhino, be careful not to feed her your camera. 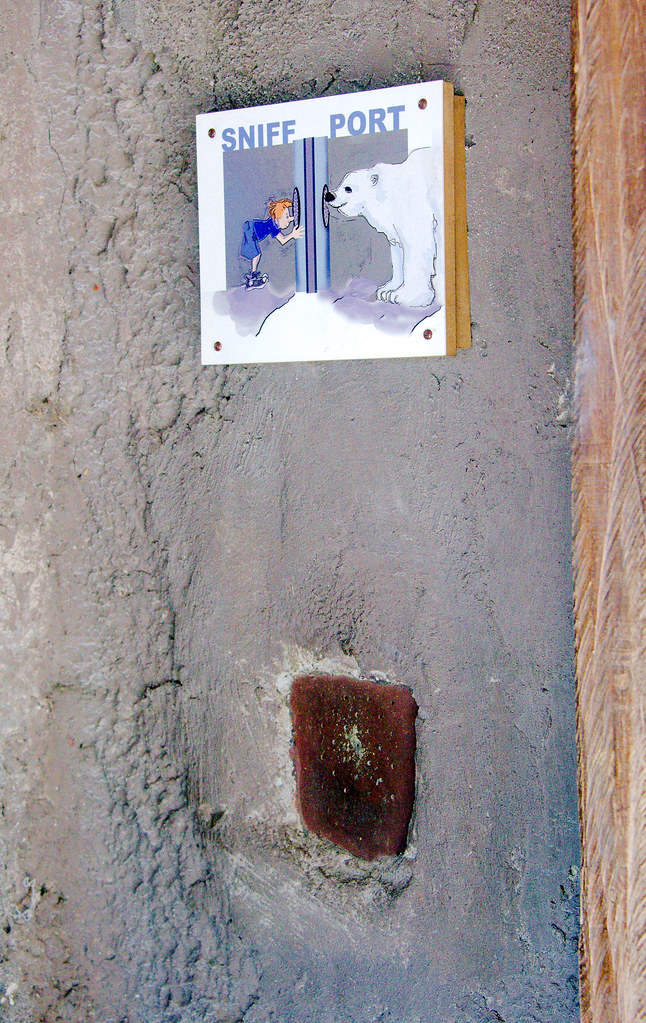 This is another interesting interactive display. You pretty much breathe through the sniff port and the polar bear comes to sniff your breath. Rumor has it that peanut butter is quite popular at the sniff port.

I would suspect that pickled herring would also be popular, but I don’t think kids eat quite so much of that so that may not yet have been discovered. 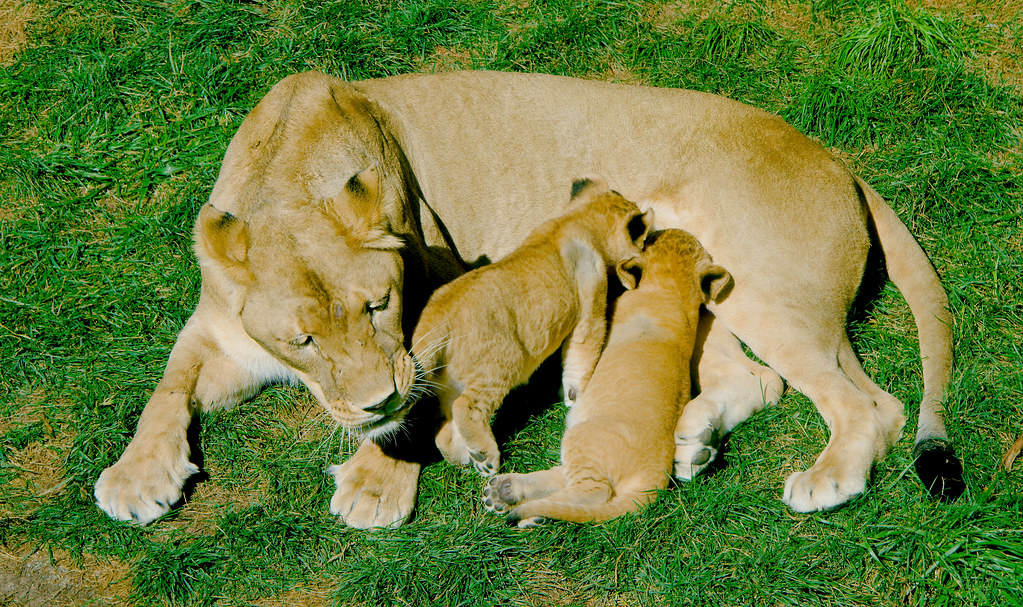 It was happy hour. 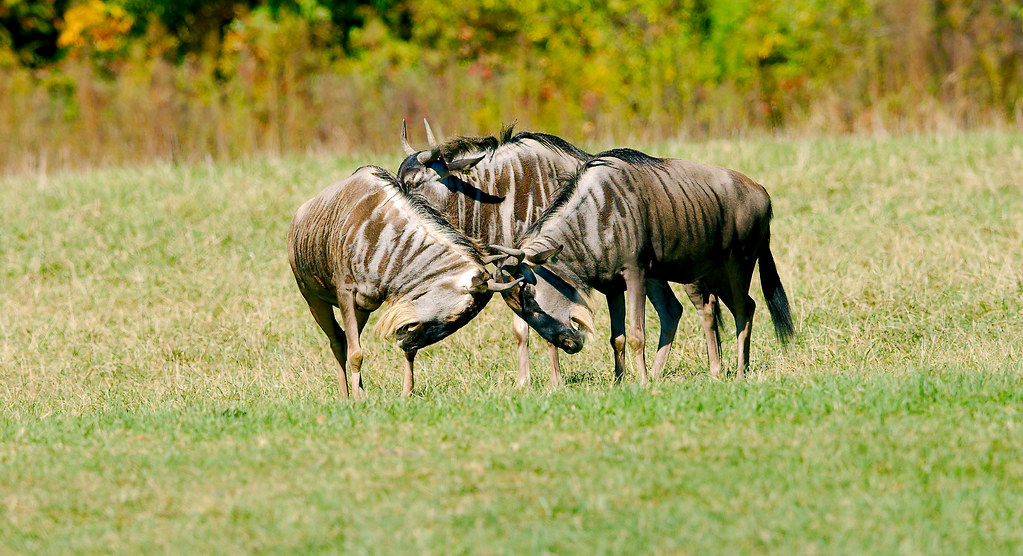 You know sometimes you do something just because it’s expected, but your heart really isn’t into it? 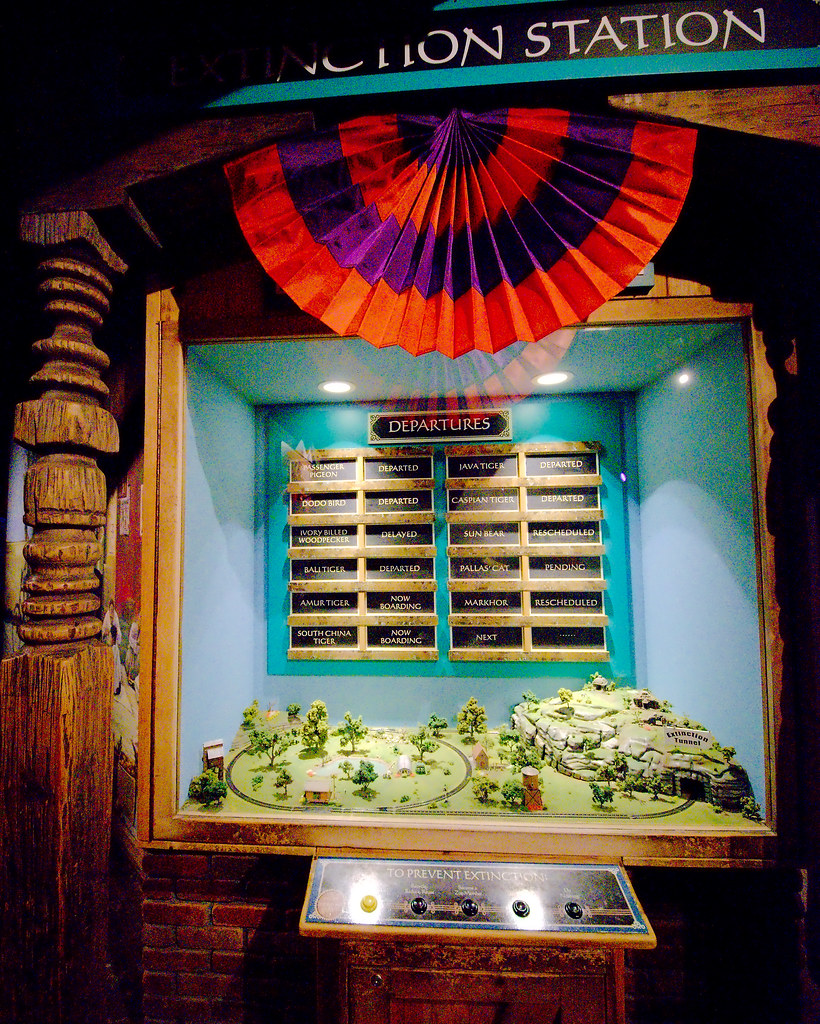 Go ahead, zoom in on this one. This is a fascinating display of animals that have ridden the “extinction train”, and which ones are on it right now … all placed at the eye height of children with buttons to press.

I have no idea if there is a group that assigns awards to zoo signs and displays, but this one should be considered. It’s brilliant.

“One day the war will be over. And I hope that those that use this bridge in years to come will remember how it was built and who built it.” 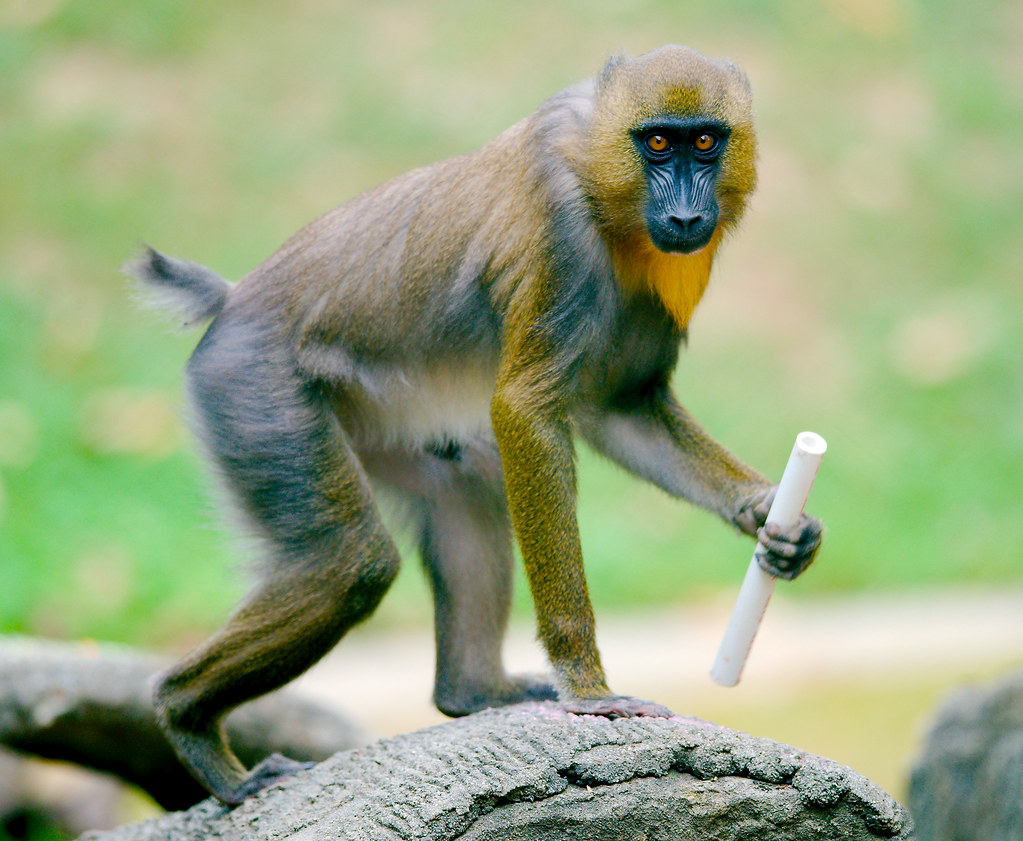 “Don’t interrupt me. I’m about to do some SCIENCE.” 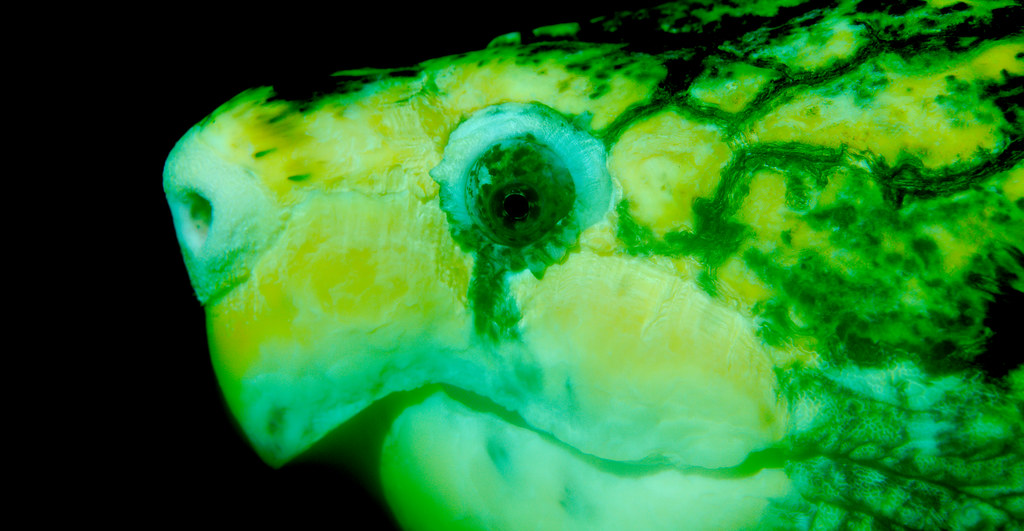 This turtle just thought of the concept of a “Progressive Funeral”, in which each mourner opens their home for a few hours and, over the course of several days, everyone moves from house to house, eating, drinking, playing music, and sharing memories of the deceased … and wherever the ashes get forgotten is where they have to be scattered.

This turtle isn’t sure if the idea is brilliant or horrifying. 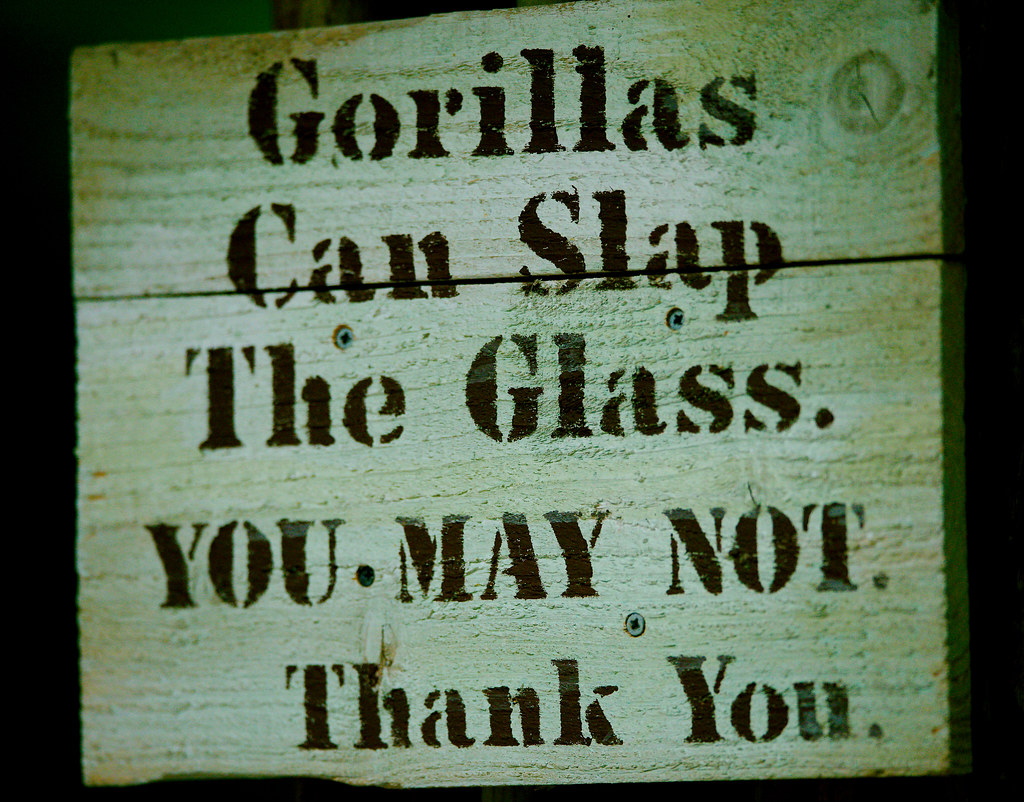 A good for life, really. 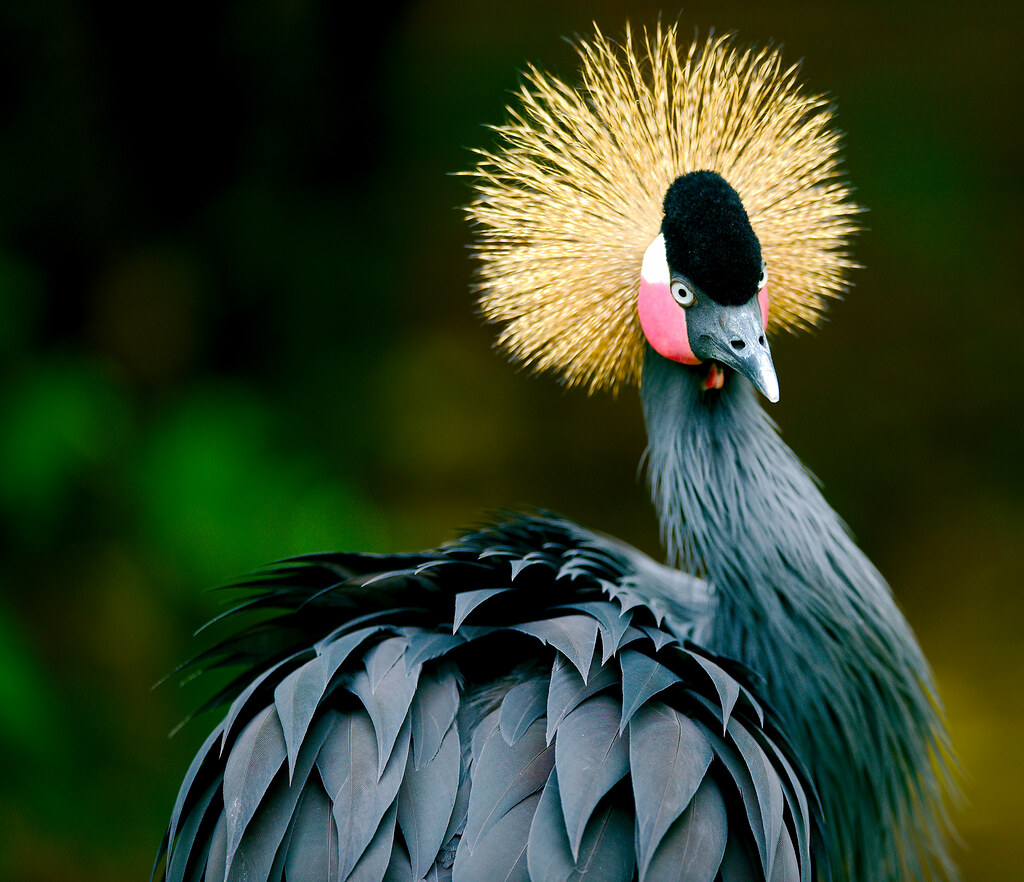 This crowned crane doesn’t think you could ever look this fabulous and isn’t shy about letting you know.

In the “Northern” area of the Columbus Zoo there is this brilliant idea. It’s basically a place where kids can try panning for gold. The parents are convinced to buy one of three types of bags that contain dirt and “gemstones” and the kids wash the dirt out to get the stones. It’s a good fundraiser for the zoo, it’s fun for the kids, and it’s somewhat* historical.

* Were this available when I was a kid, I suspect I would have had complaints about the accuracy of the types of gemstones found as compared to the geology of the Klondike region it was purporting to be … but then, I always have had a hard time with the concept of “fun”.