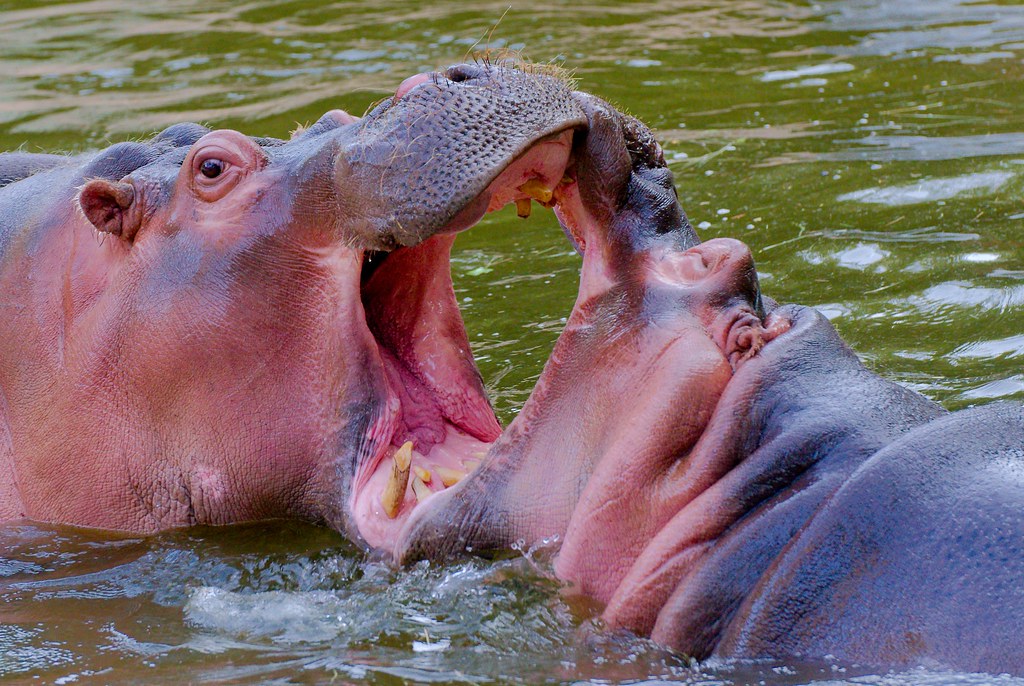 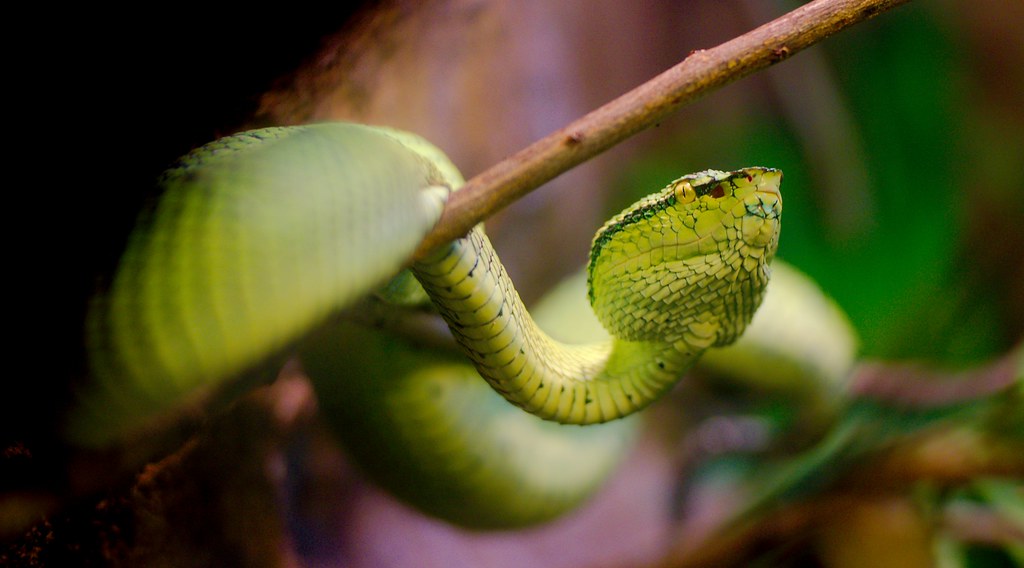 Though something of an acquired taste, produce vendors are predicting a lucrative future in biteyfruit. 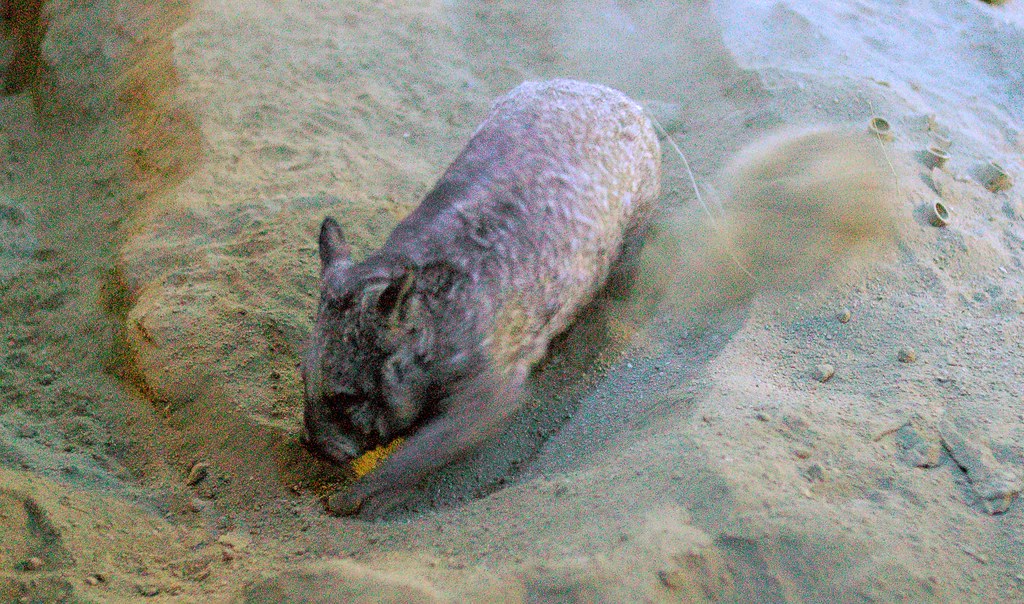 I promised an updated wombat shot with my low-light camera.

Gharial formulating his response to a comment on GameSpot. 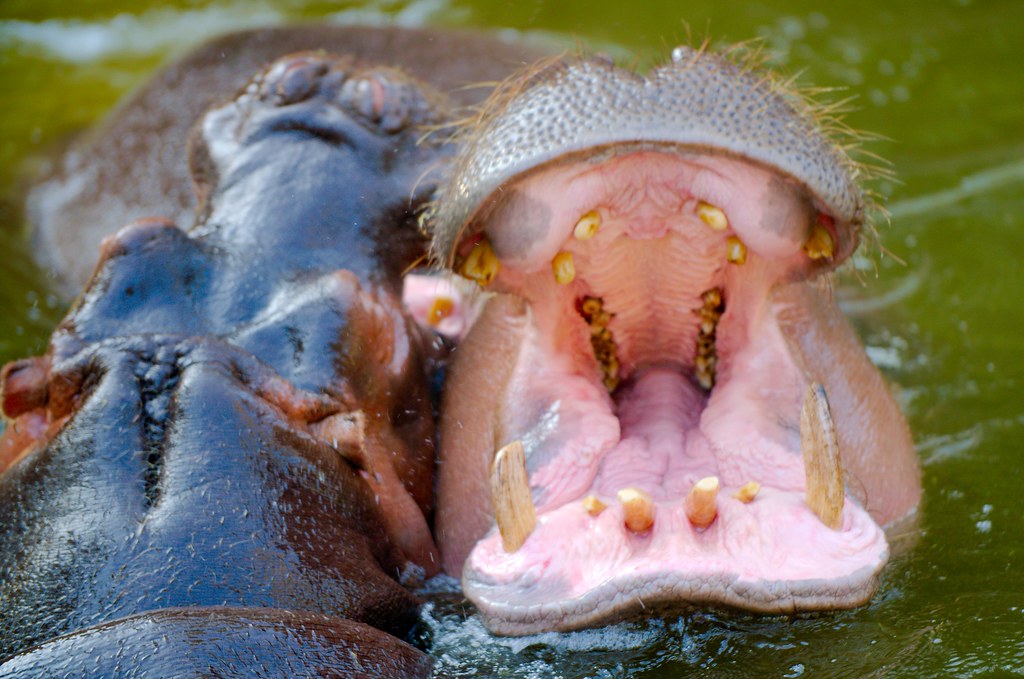 For those of you that wanted to see (part of) the inside of a hippo. 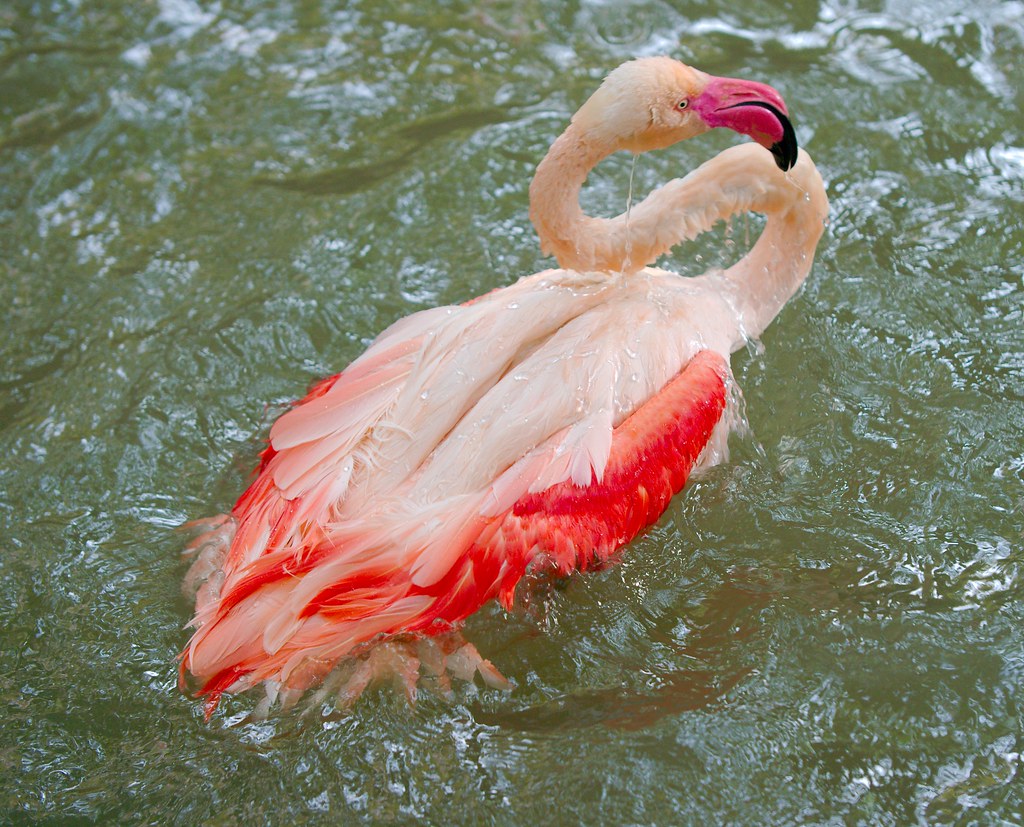 Sometimes I caption when I am tired. Sometimes I even get too tired to caption. 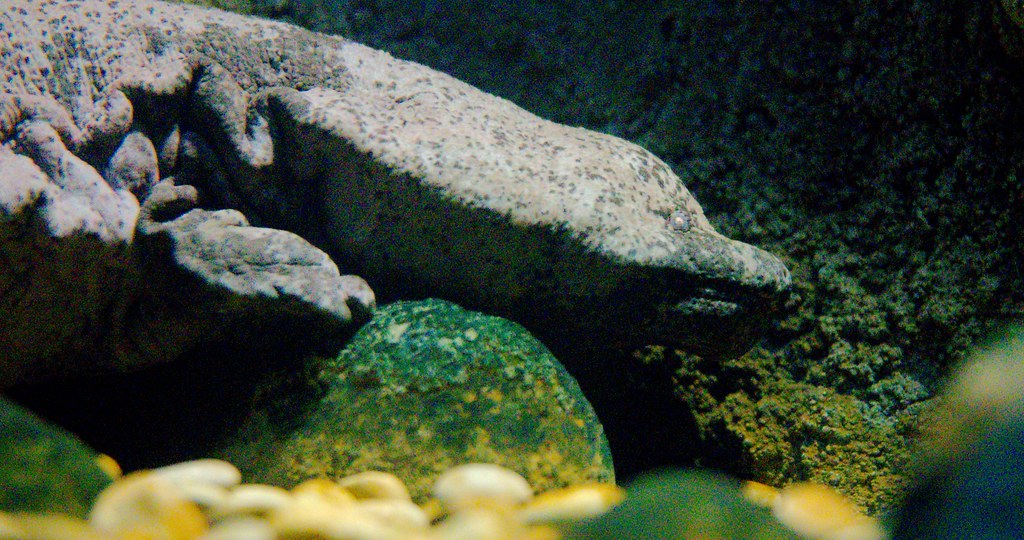 Of course, when I’m there with a half-working system, that’s the time the Chinese giant salamander decides to pose. Good thing the Sony system does well in low light.

The salamander was about 15 feet* away. It would have looked a lot better on my Nikon.

I shoot with two major types of cameras – Nikon and Sony. The advantage of the Nikon line is that it is, frankly, the best available for nature photography. The autofocus system is the fastest anywhere and, while their lenses are rather pricey, there is a noticeable improvement for the cost. The Sony line, on the other hand, has the best low light capability (more or less, this is debatable) and is *much* smaller. So, the Nikon is the system I take for the serious shoots and the Sony system is what I use as a backup, when I am doing non-serious photography, or when I am just tired of carrying all the weight of the Nikon stuff.

Last summer, I was surprised to learn that the flash system I use (PocketWizard) was constructed such that I could use the Nikon units on the Sony system. This is amazing because off camera flash is how I get the good looking macro shots. I ran some tests at home and it worked, so I took the Sony system to the zoo along with my PocketWizards and Nikon flashes. Then I went to use it.

The flash did fire. That’s true. There was no way to adjust the flash power except manually on the flash. That’s okay though. However, even in the few shots that did work out okay, the top 1/3 of the photo was black. This is weird because if it were a flash sync issue, I’d expect it to be the bottom, but I suppose the electronic shutter is, somehow, faster than the radio trigger to the flash unit.

Anyway, I only got one good macro shot with the flash. This is it – cropped from the partial photo. 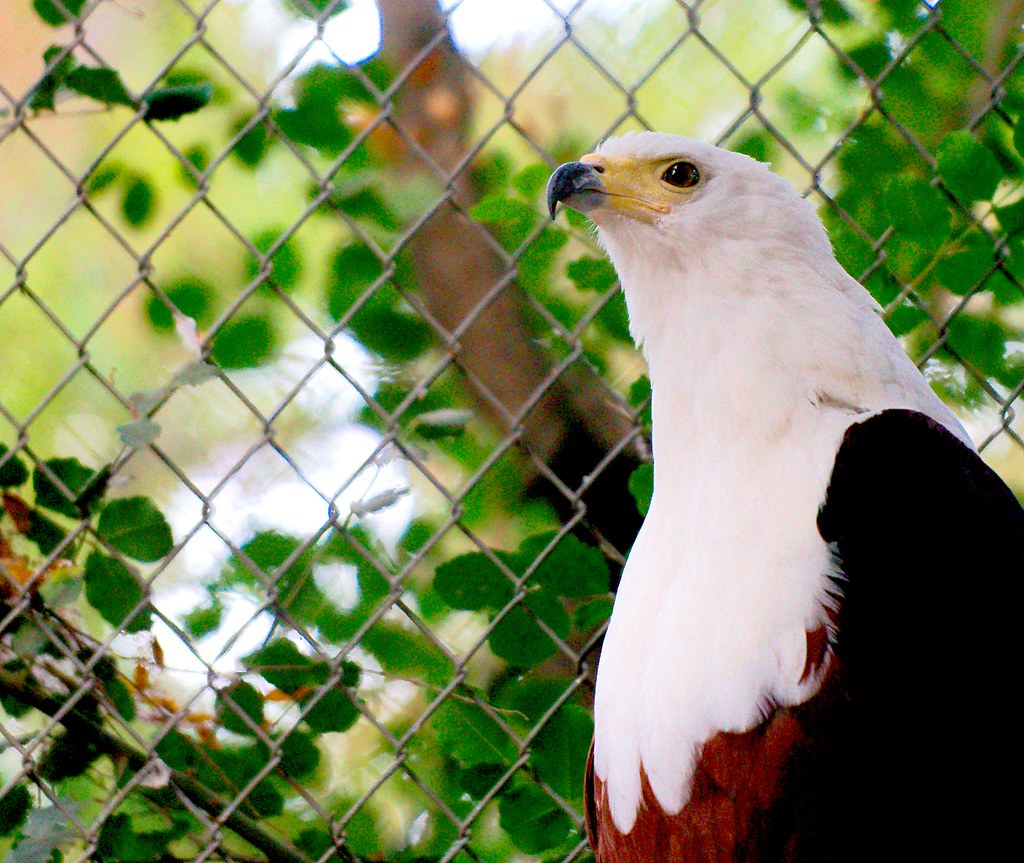 This fish eagle is puzzling over why so many people on the internet seem concerned about erasure.

With four albums released each decade since the 1980’s, they seem to be doing just fine. 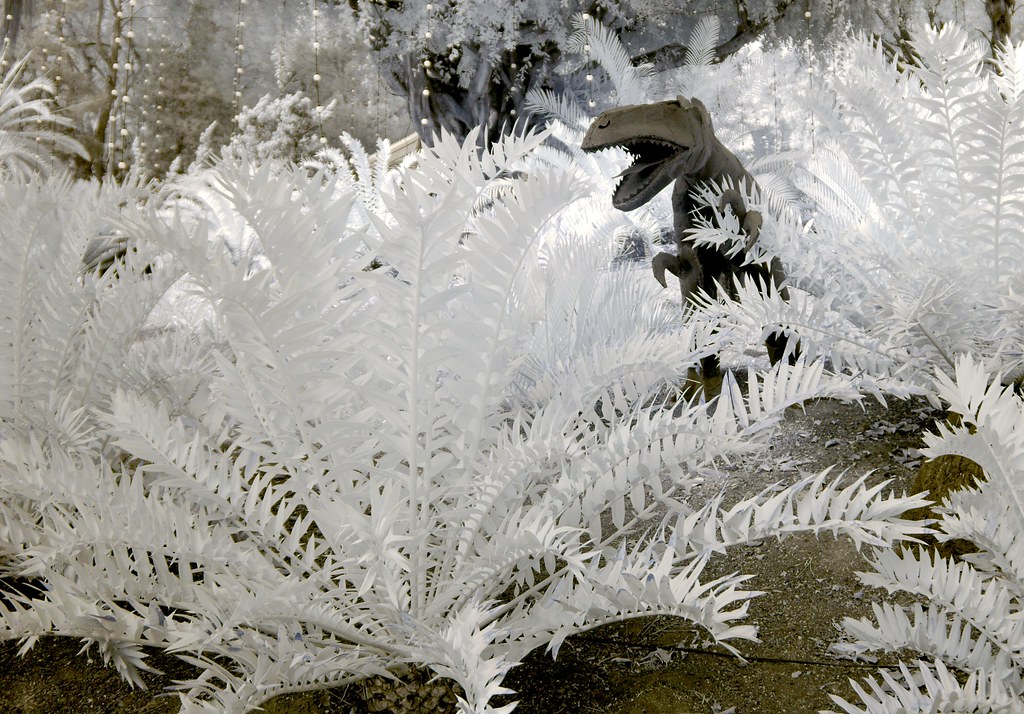 I’ve heard that if you stand still, they can’t see you.

They must have bumped into trees a lot. 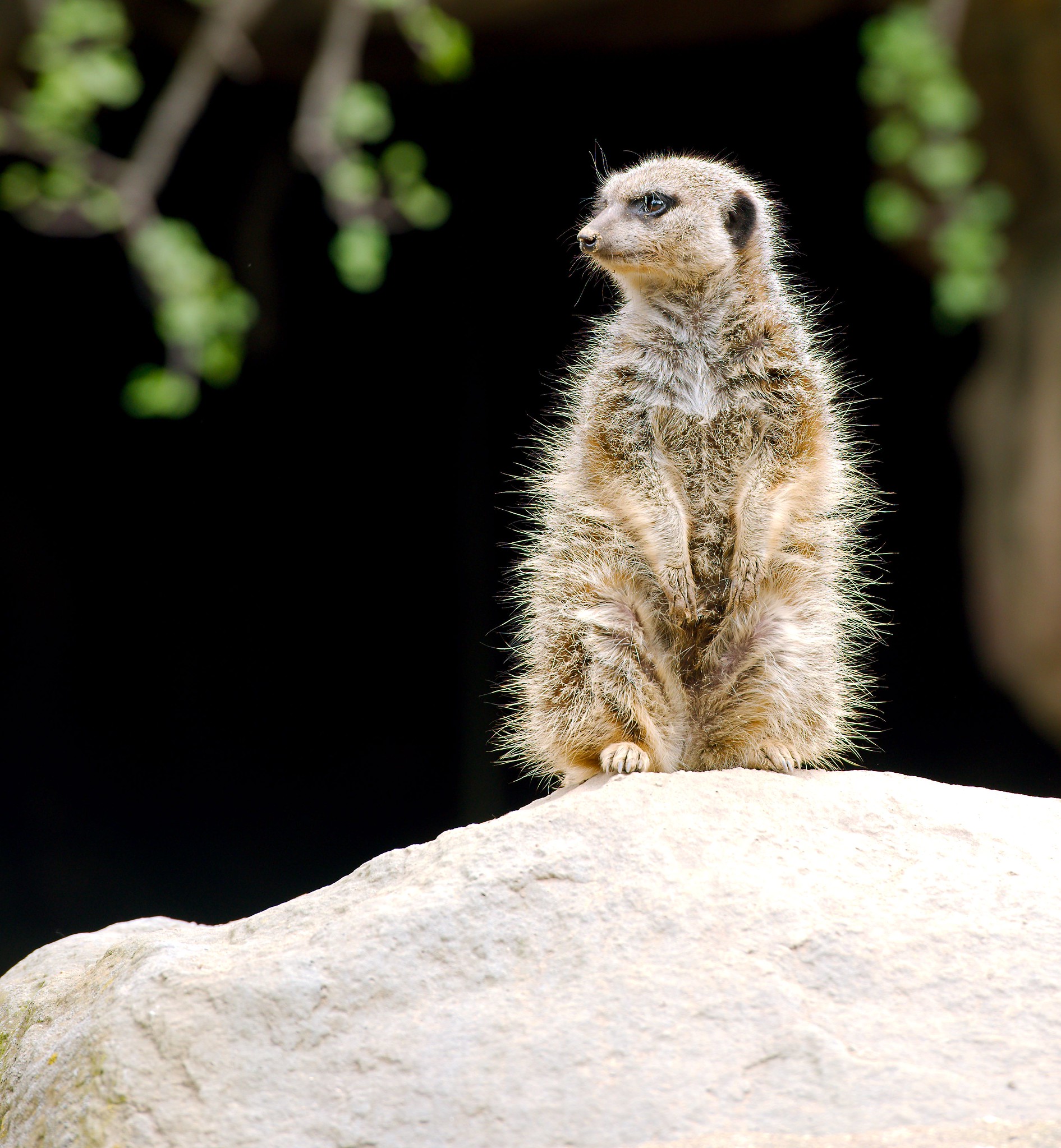 And then he got him to a rock aloft,
Where having spied her tower, long stared he on’t,
And prayed the narrow toiling Hellespont
To part in twain, that he might come and go;
But still the rising billows answered, “No.” 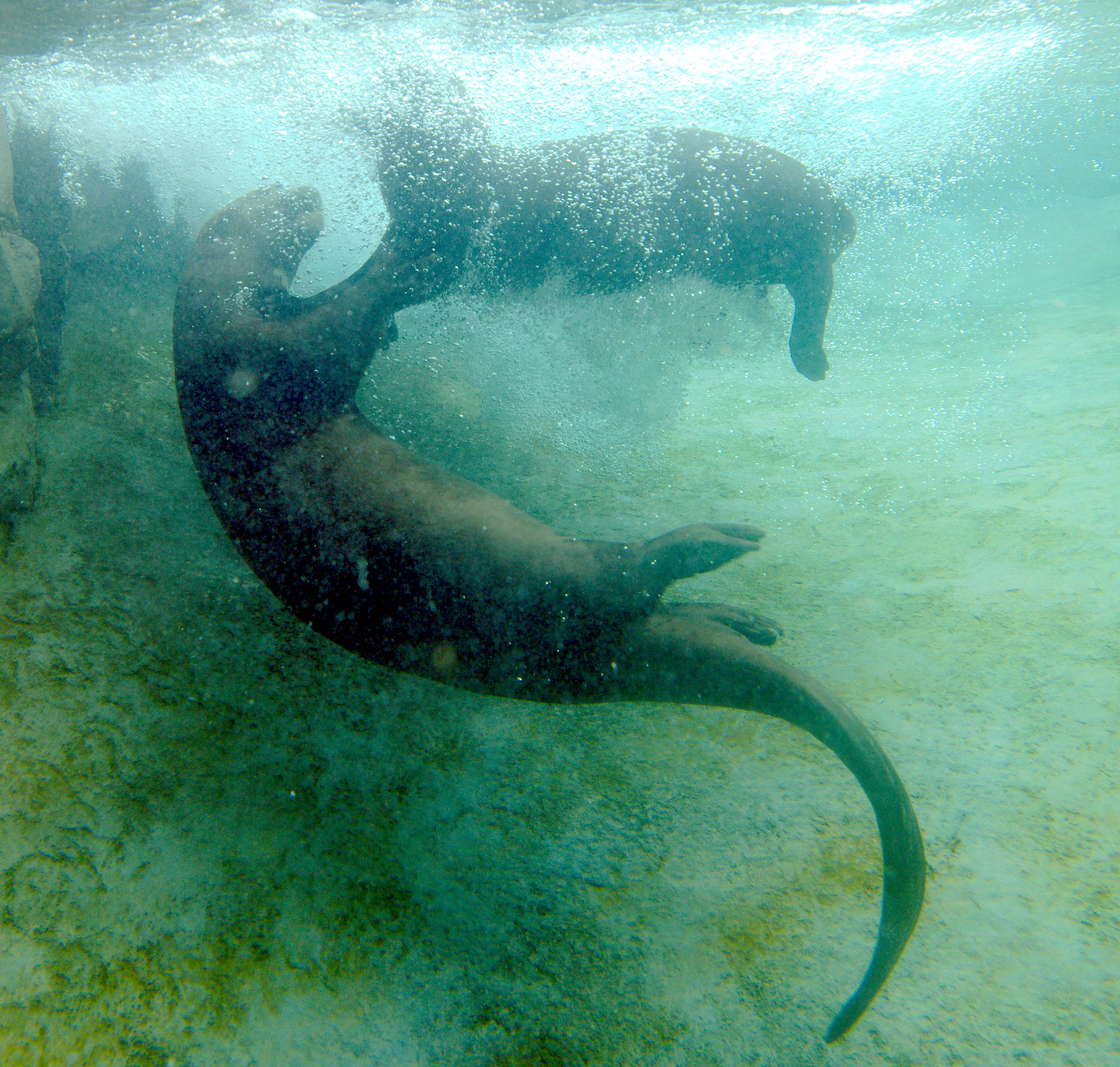 Giant river otters play in the water just like small ones. 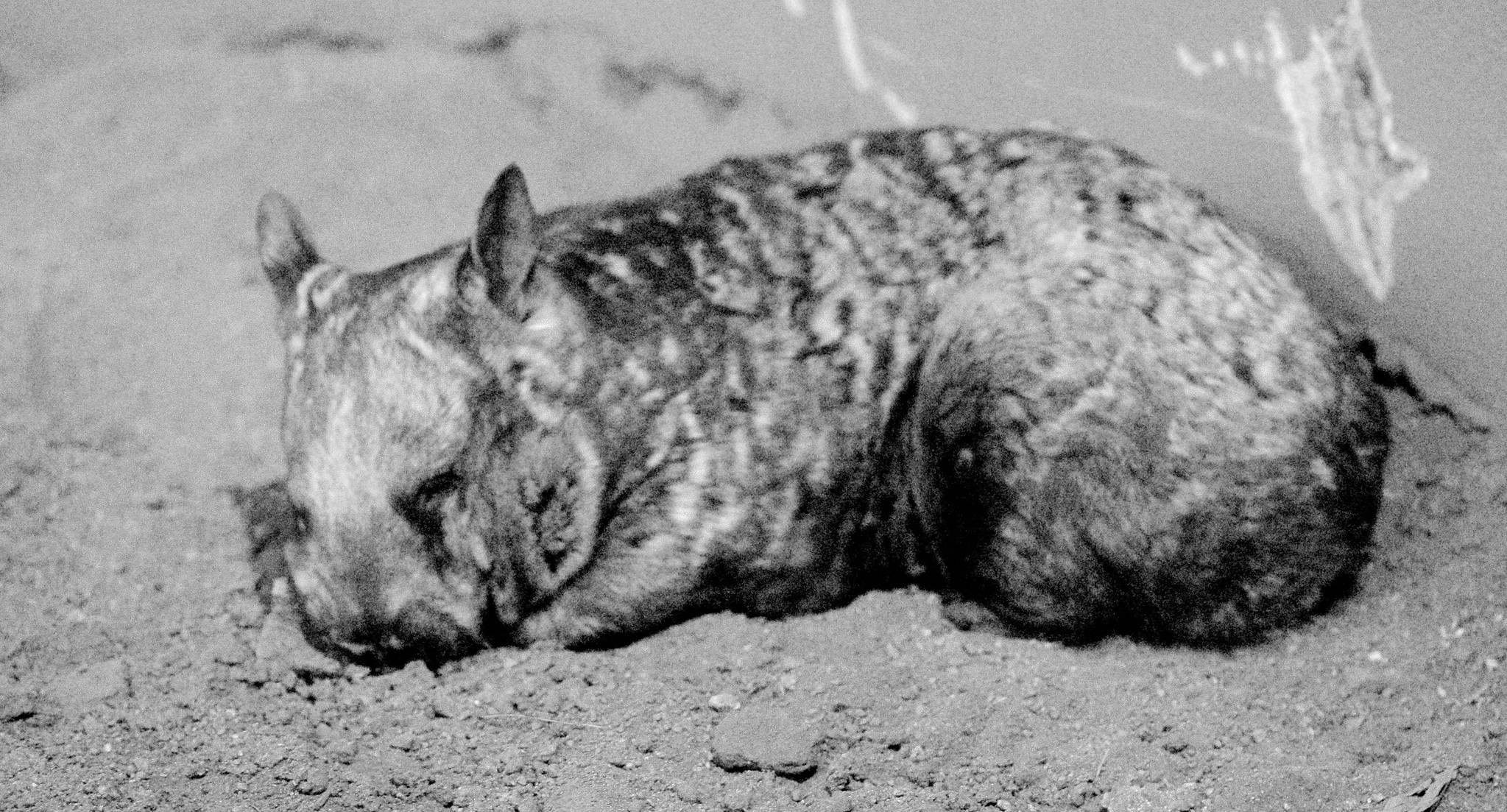 The wombat enclosure at the LA Zoo is kept so dark that it is almost impossible to see anything. For those who follow such things, this show was a 1/6 of a second exposure at f/3.3 and ISO 12,800. I am optimistic that my newer experiments with low light photography will allow me to do better the next time I visit. 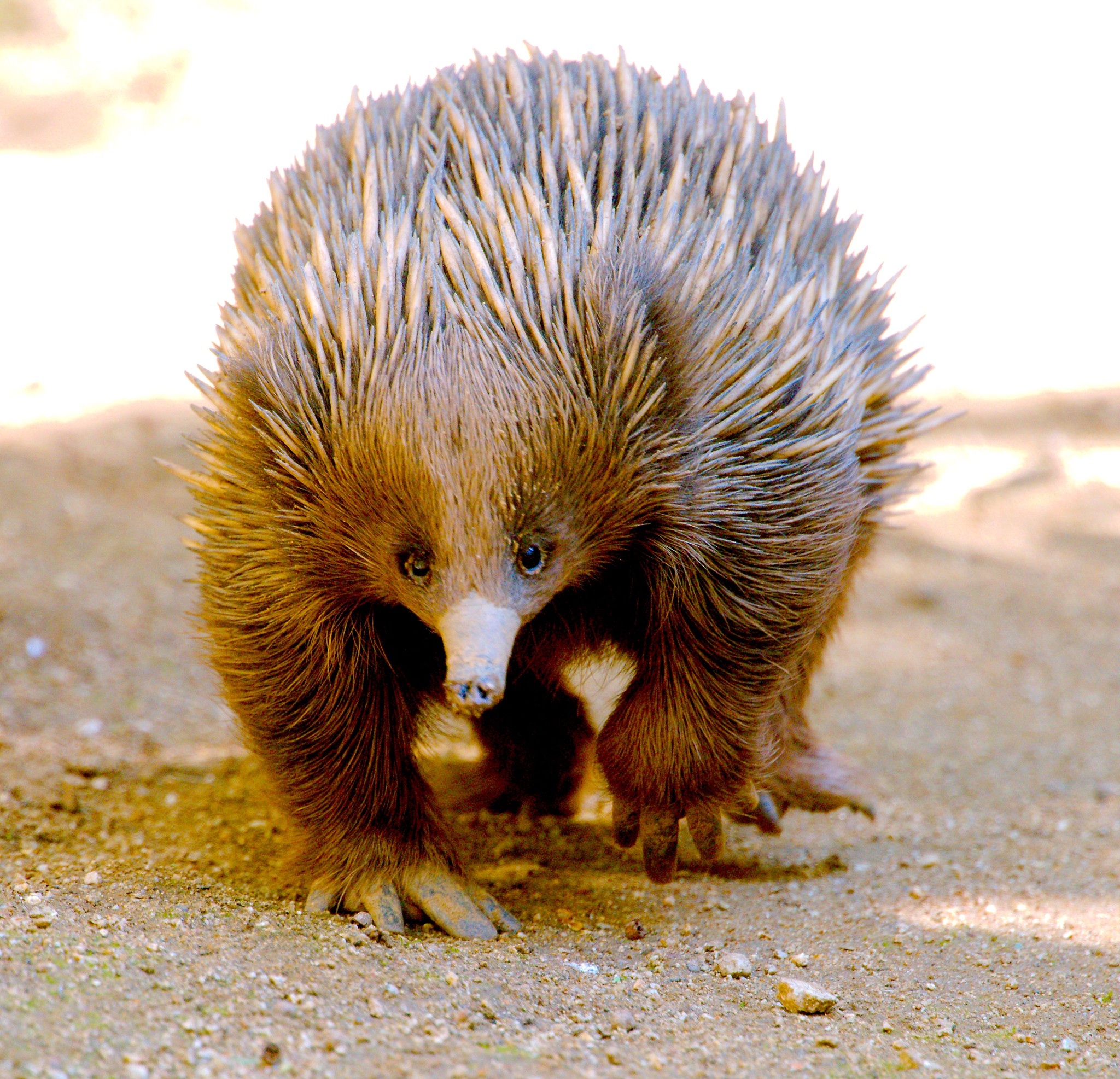 The echidna is a monotreme like the platypus. They can be found in some zoos but, with them being very nocturnal, it can be very hard to get good photos of them. I lucked out that on this one day, there were two of them just wandering around as if they didn’t know it was daytime.

Now I just need to photograph three more species of echidna and a platypus and I’ll have collected the whole set. 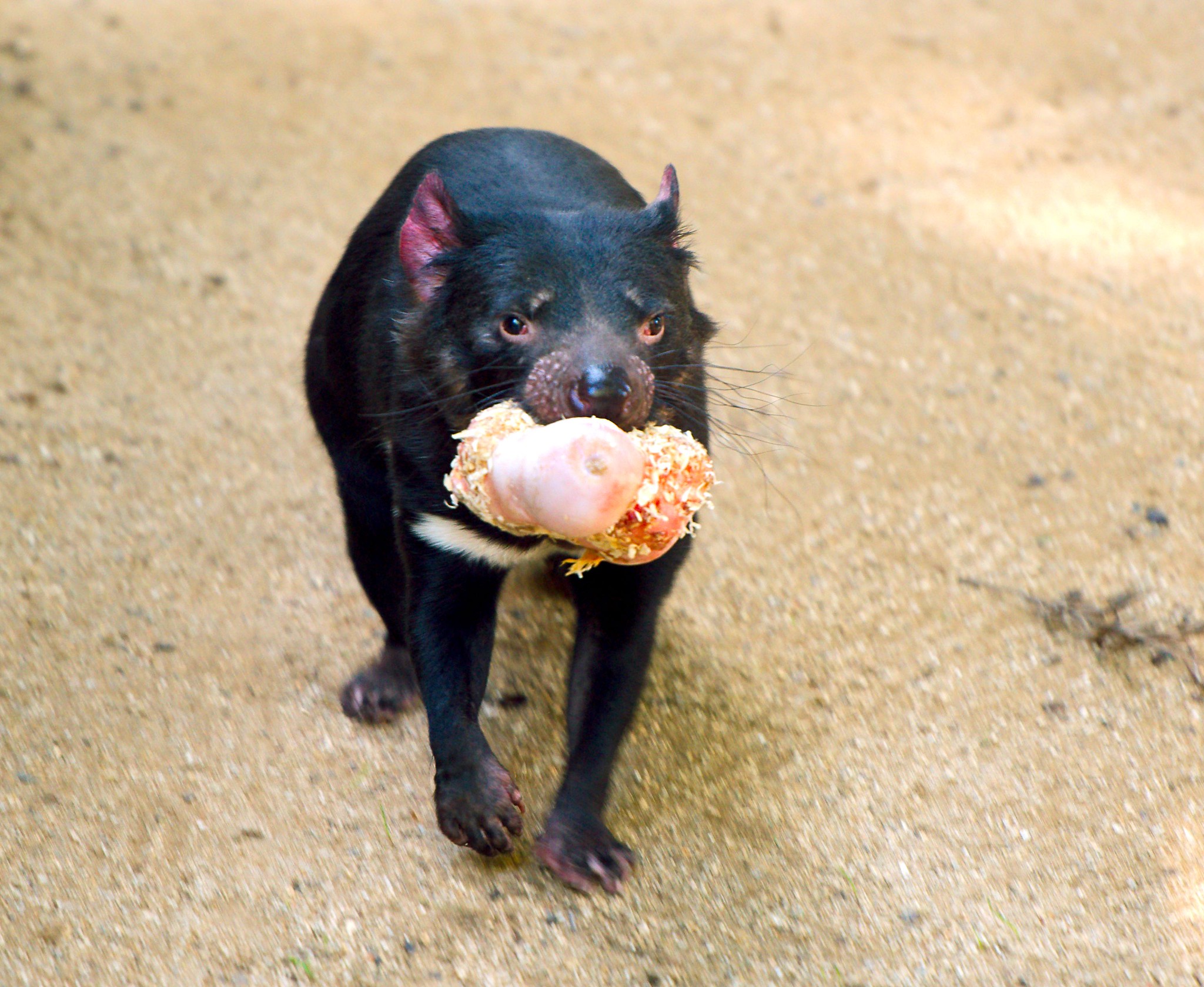 Tasmanian devils are unpopular at parties – they always hold onto the joint. 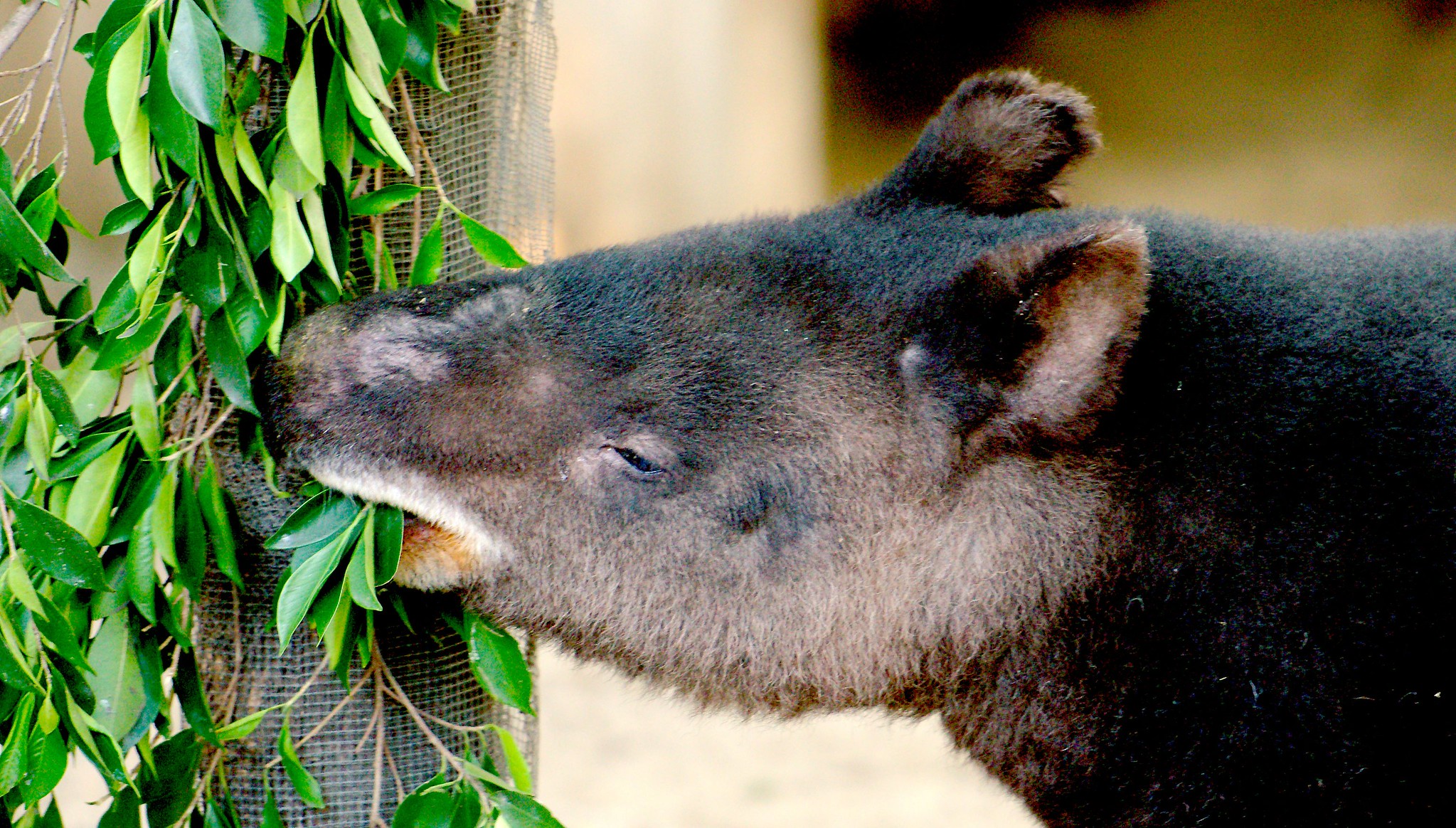 The tree is starting to worry that the dwarven armorer she met in the previous village might not have been entirely truthful about the magical properties of the chain mail he had sold her. 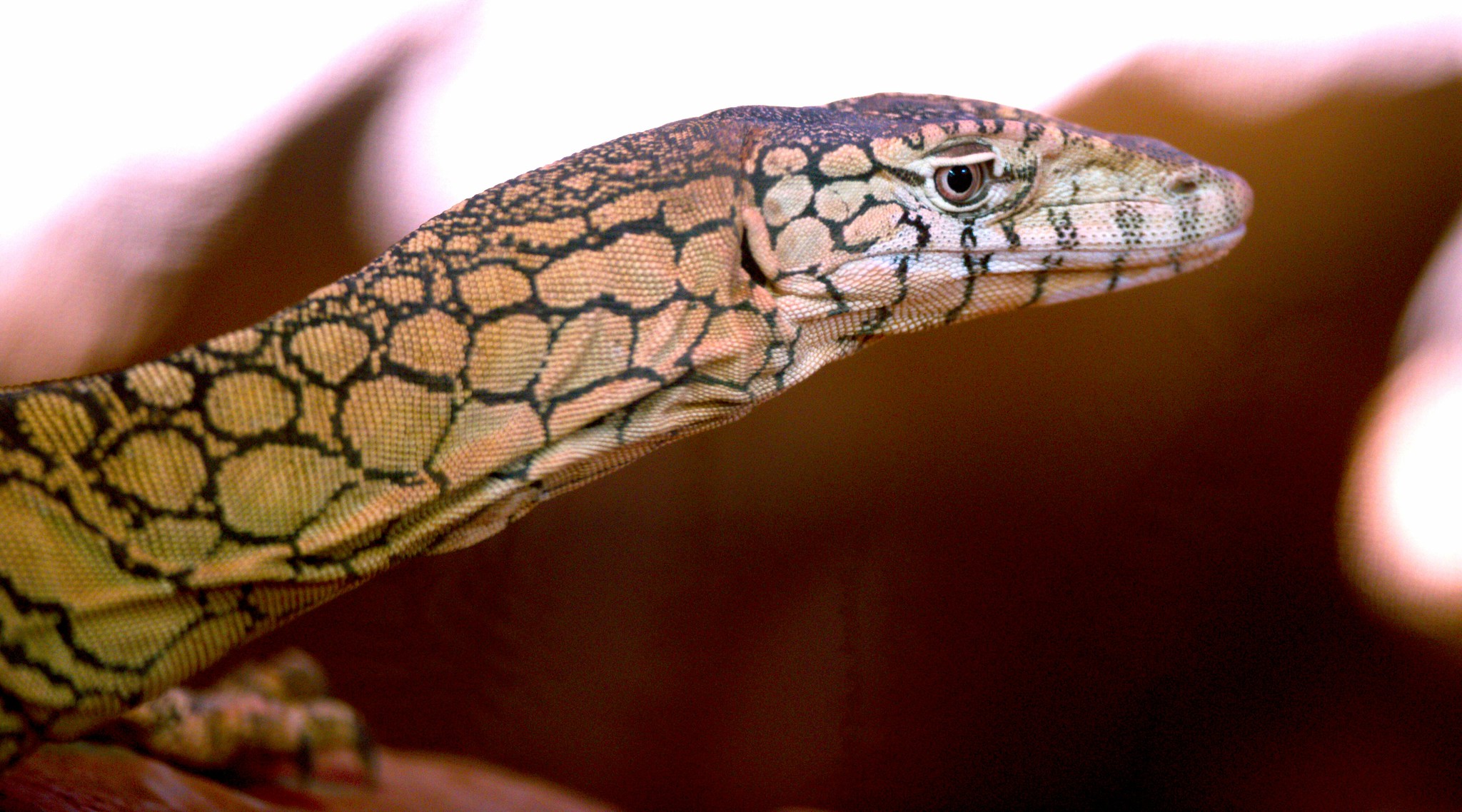 This lizard doesn’t think it’s right that Minnesota’s abbreviation “MN” looks more mountainy than all the other states and thinks it should swap names with Colorado. 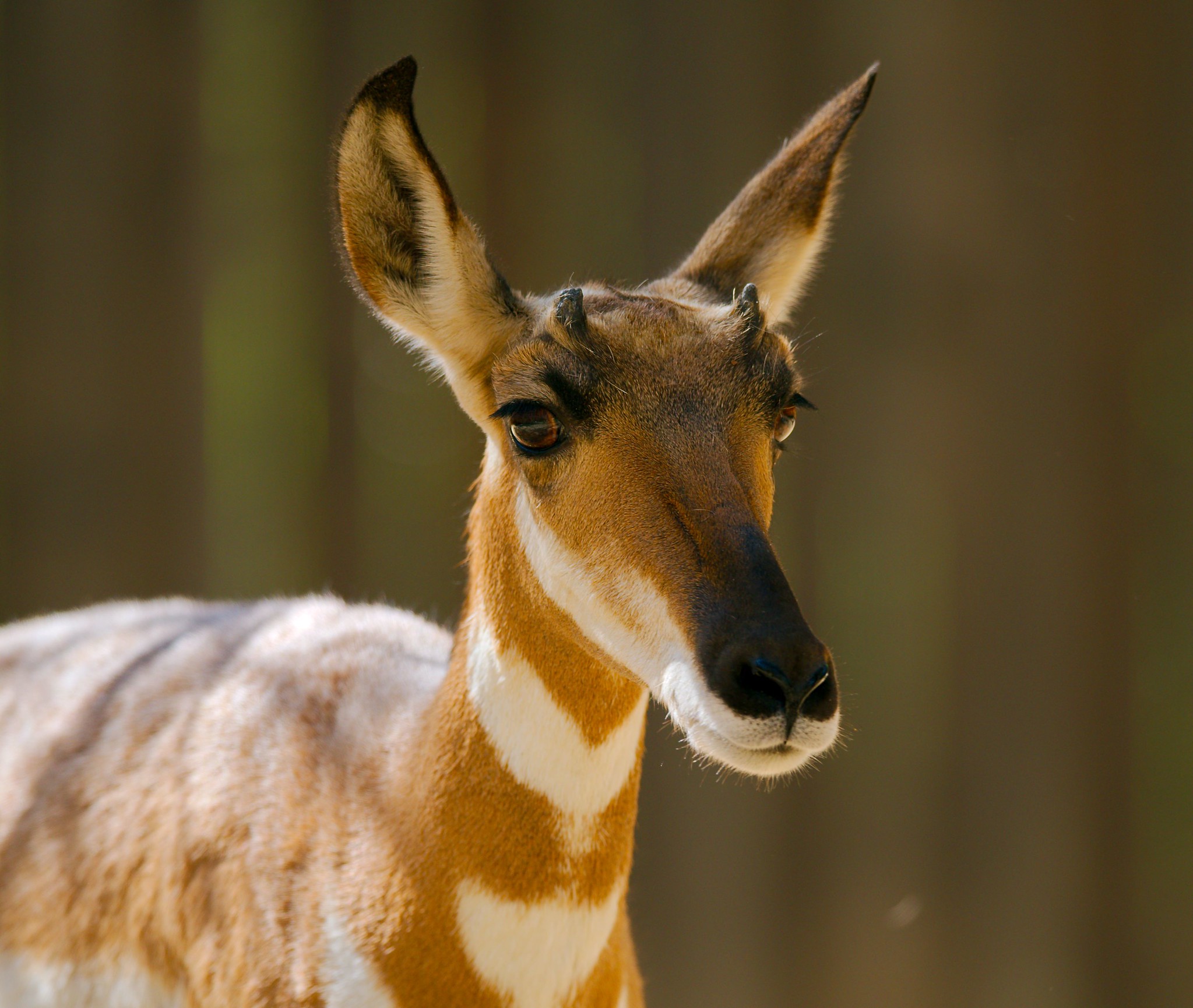 The pronghorn is doing fine. This is, however, a sub-species of pronghorn that lives on the Baja California peninsula in Mexico.

It looks almost entirely like the regular pronghorn, from which it has been isolated long enough to start to form its own species. However, this particular breed of pronghorn is down to 150 individuals in the wild. Several zoos are working to species.

But what happens if they fail? If we lose this species, and the Baja area no longer has these “ghosts of the desert”? Will we let them fade into myth, a fading memory that only pops up here and then when someone gets a glimpse of white and tan in the far distance? Will this become their Loch Ness monster, their Bigfoot?

Or will we take some of our existing pronghorn from elsewhere in North America and just plop a herd back in that area? If we did that, would it be the same? For many, yes. Could the transplanted animals thrive? Quite possibly. Would there be any practical difference between letting the current pronghorns die out and just replace them once the land has been repaired? Most would say no.