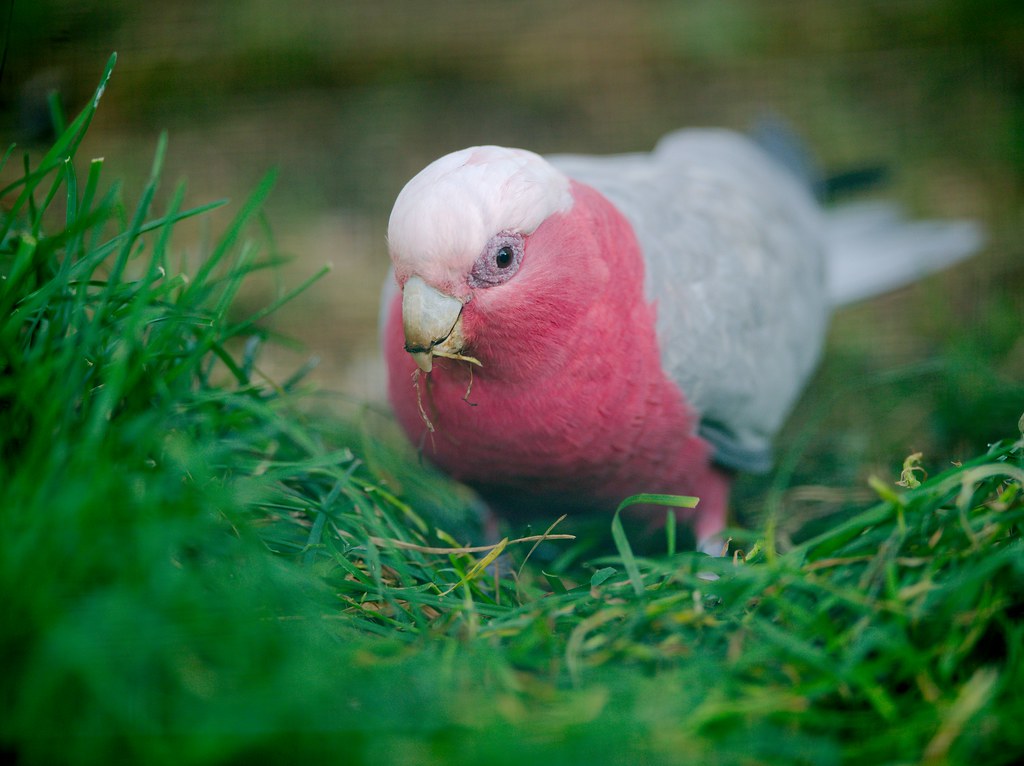 Why do all of the other continents have prettier pest birds than we do? 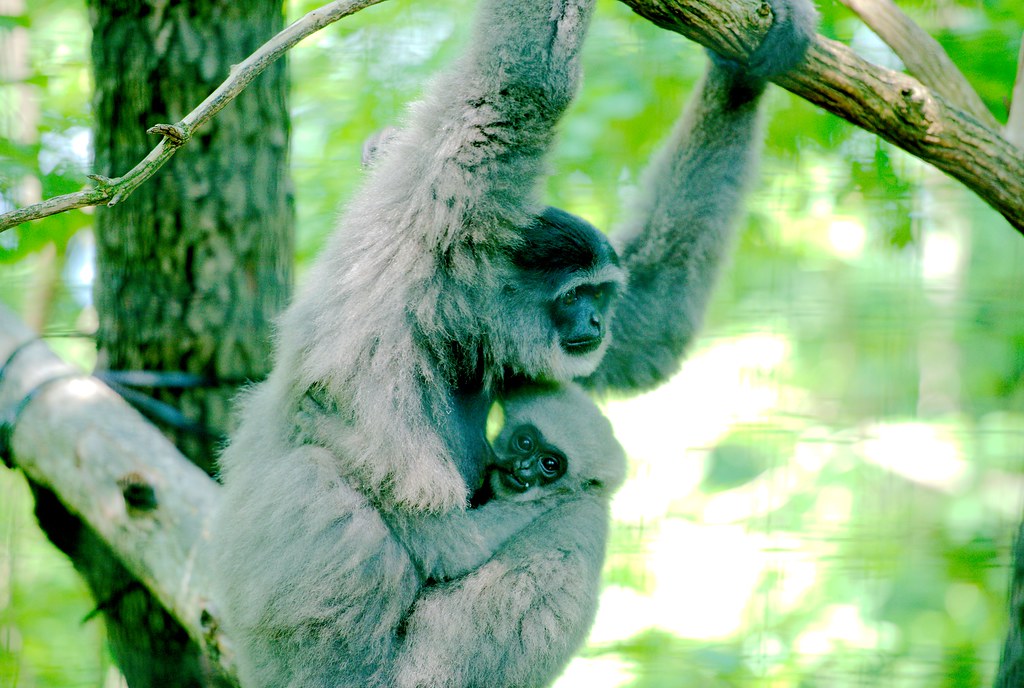 Though I’m not sure mom gibbon always appreciates her baby. 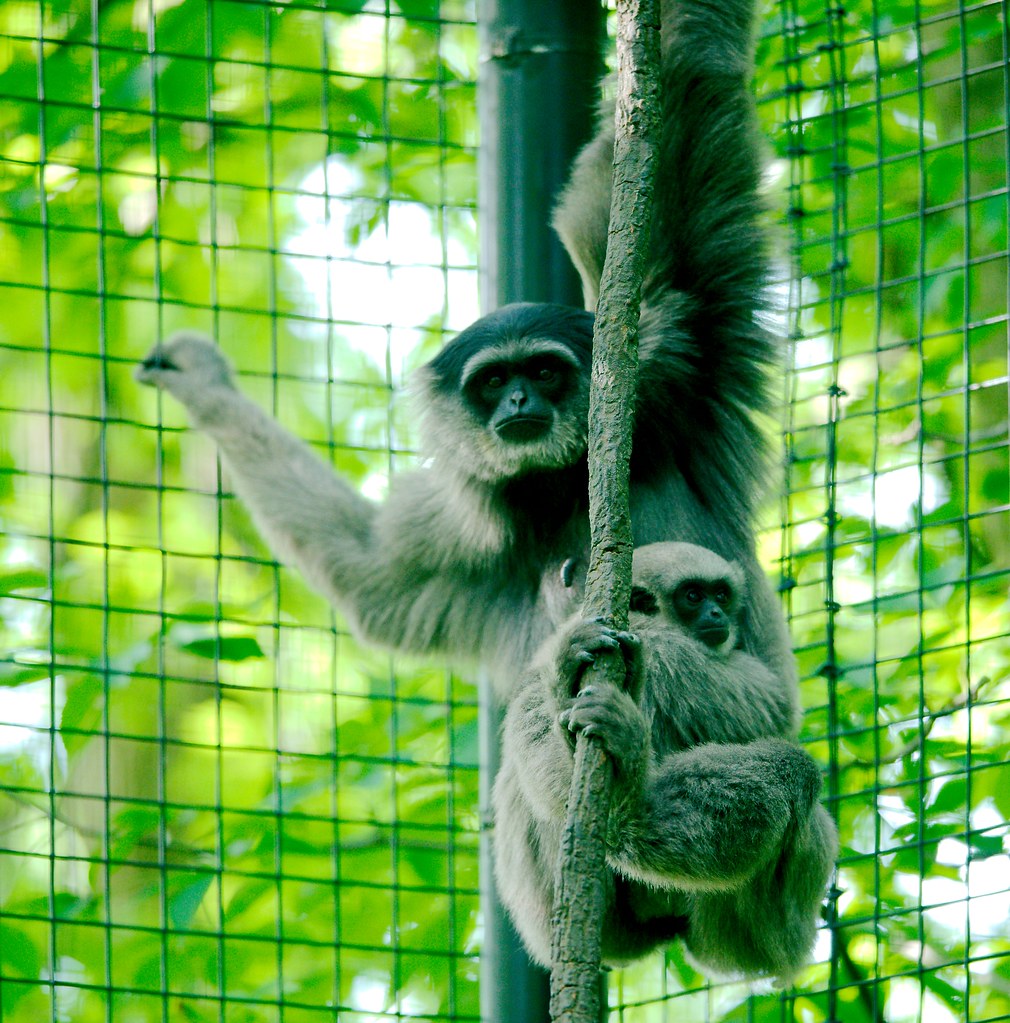 The good news is that the captive breeding program is working and baby Java gibbons are being born and cared for. 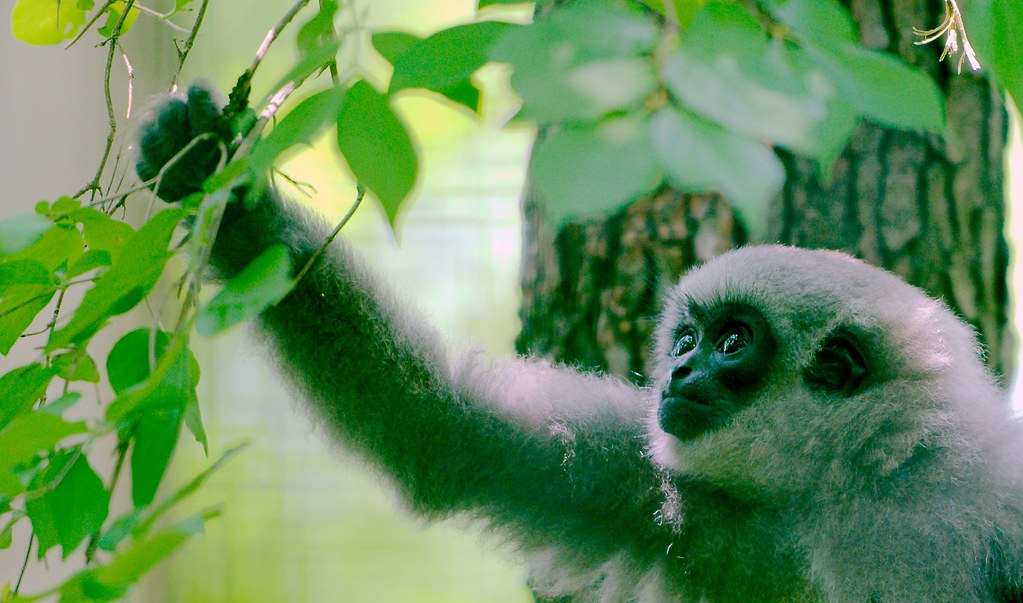 The only place I’ve ever seen a Javan Gibbon was at the Fort Wayne Children’s* Zoo. Javan Gibbons live in deep forest, so an enclosure that allows them to breed is very shady and difficult to photograph. Still, some of the photos turned out. Because of changing light conditions and rather uncooperative subjects, I had to revisit them several times to get the shots I did.

Due to where they live (Java) and what’s happening there (widespread forest destruction), we’re down 3,000 individuals in the wild, but they live in only 63 groups of what is called “fragmented habitat”. That means that not only are they small groups facing inbreeding threats, but each “fragment” is at higher risk of loss and, when it’s gone, so are the gibbons. Each group of gibbons has been assessed as “unsustainable”, so it is likely that the only real future of this animal is in zoos.

They will likely be extinct in the wild within my lifetime.

* Adults are allowed there as well. 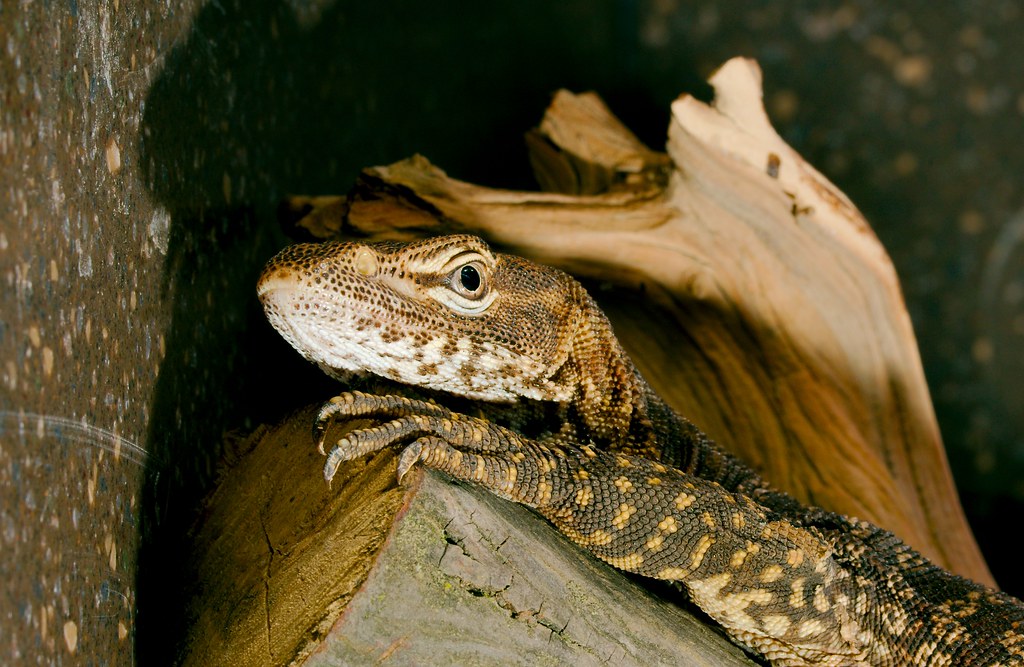 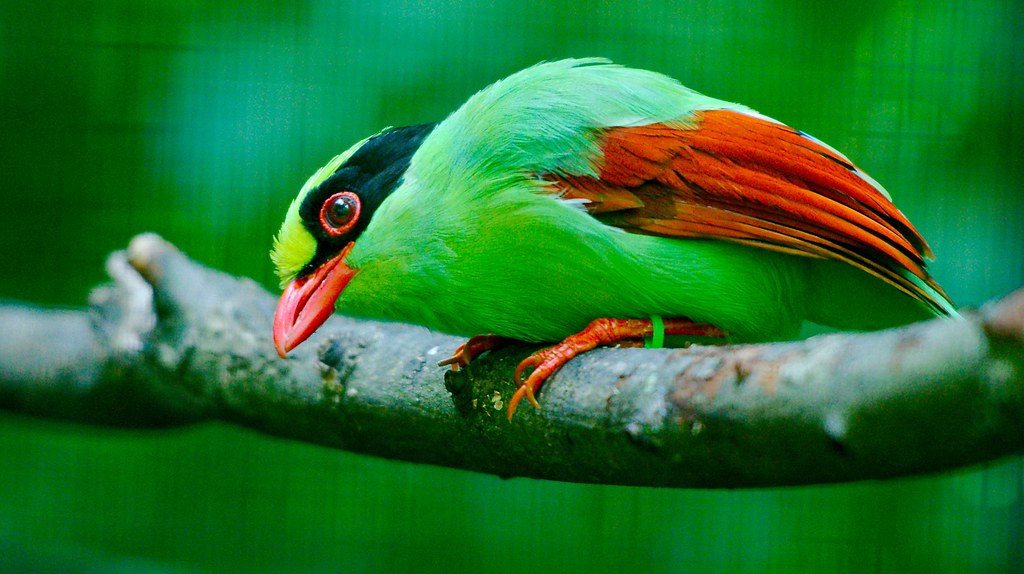 According to the zoo website, this is also known as a green magpie, which is a fine name except for their tendency to turn blue if they’re in the sun too long. 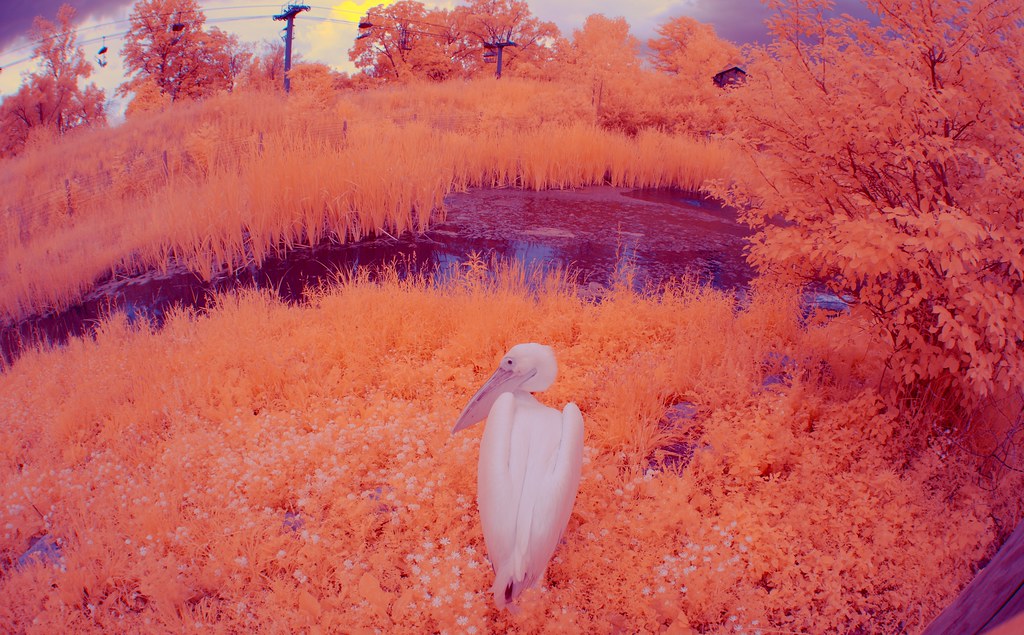 The best infrared photos are wide-angle so you can see the world in a different way. In a zoo, though, that tends to bring a lot of things into the photo that you don’t want – fencing, zoo visitors, garbage cans, etc.

Sometimes, though, it works out okay. 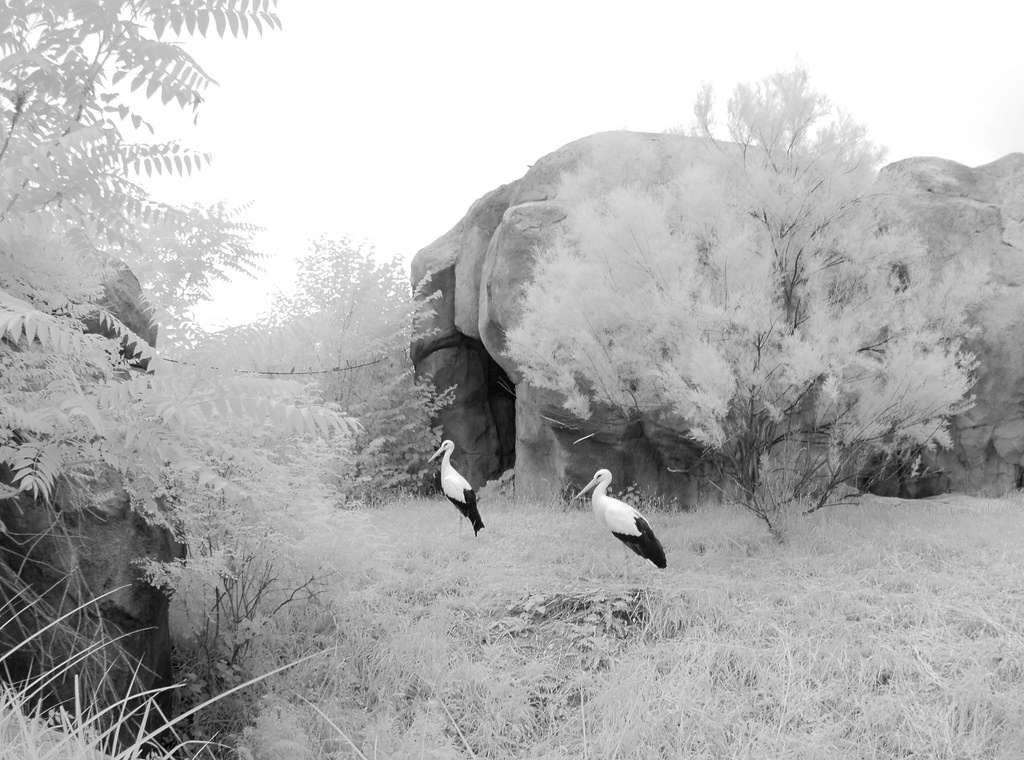 Storks don’t have a problem leading a black-and-white life in a world of grey. 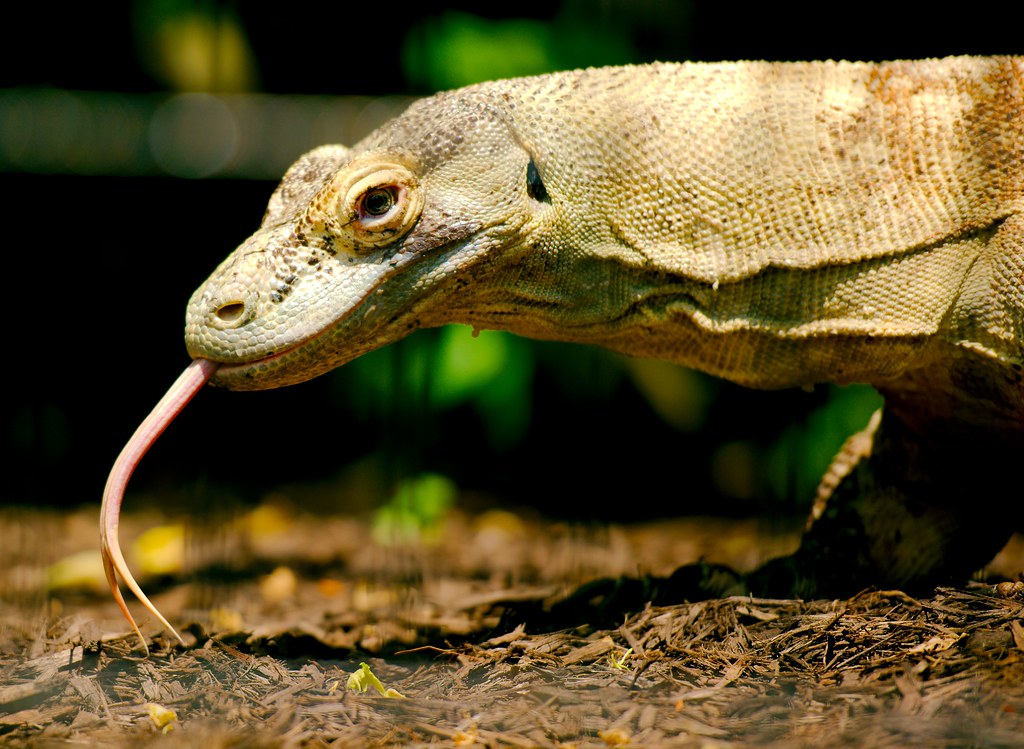 I wonder if young dragons get their left-tongue and right-tongue mixed up.

Some animals are camouflaged to better hide. Some to better hunt. This guy, though, just got tired of following the ever-changing styles of the fashion industry and decided “screw it, I’m gonna dress like dirt”. 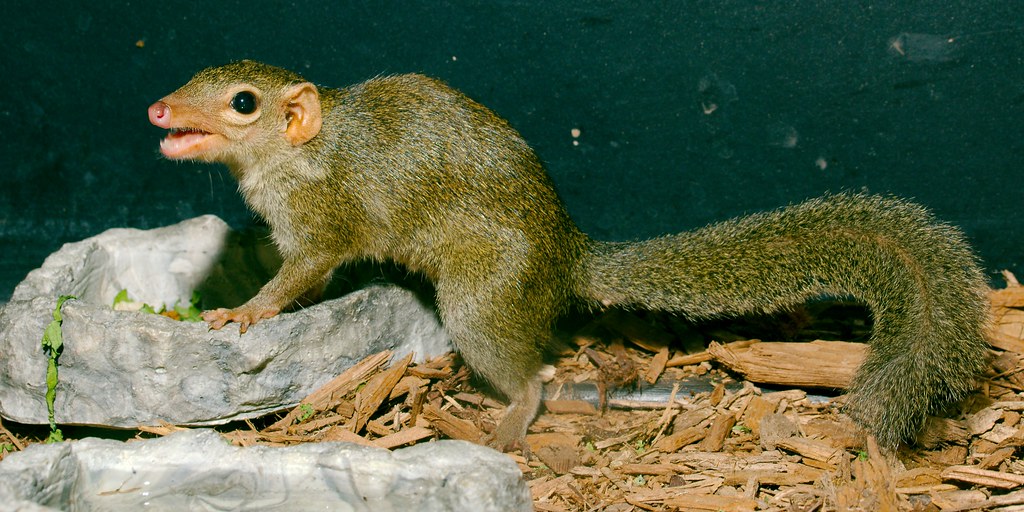 This is what happens when you decide to evolve into a squirrel’s niche but don’t want to bother with changing your head. 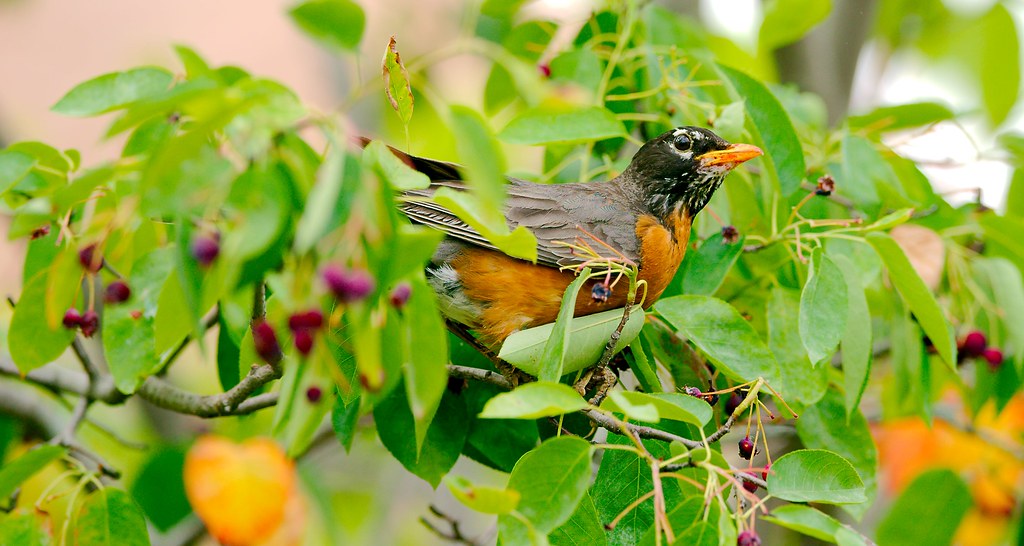 Hey! Remember robins? Remember when we had trees that had leaves on them?

There are both regular pythons and reticulated pythons.

This implies that someone out there is employed as a python reticulator. 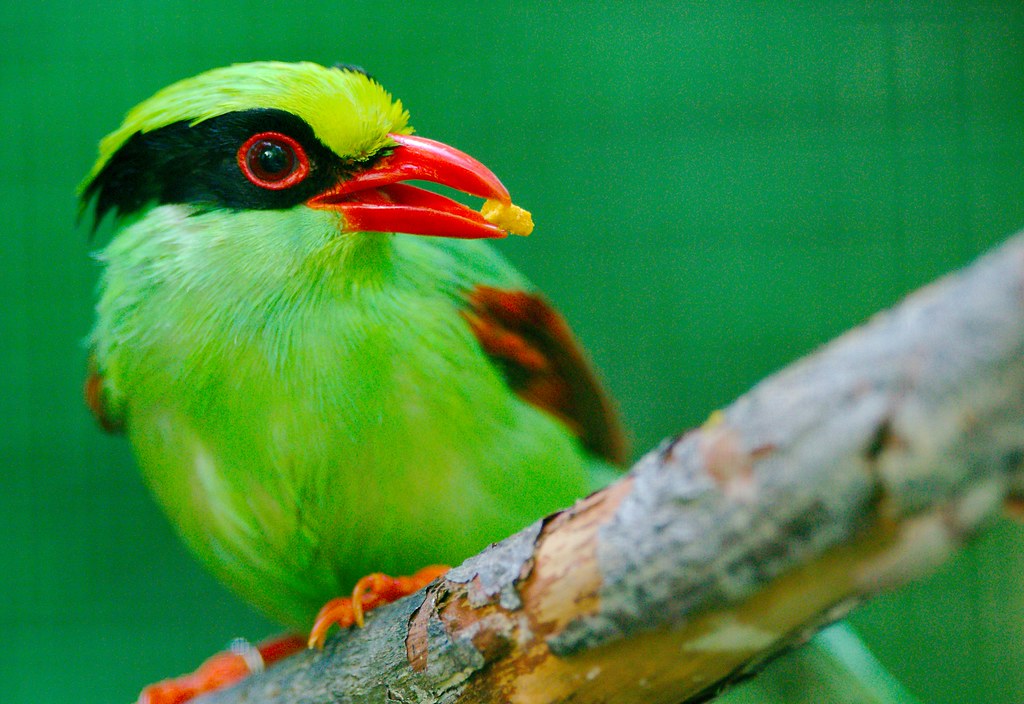 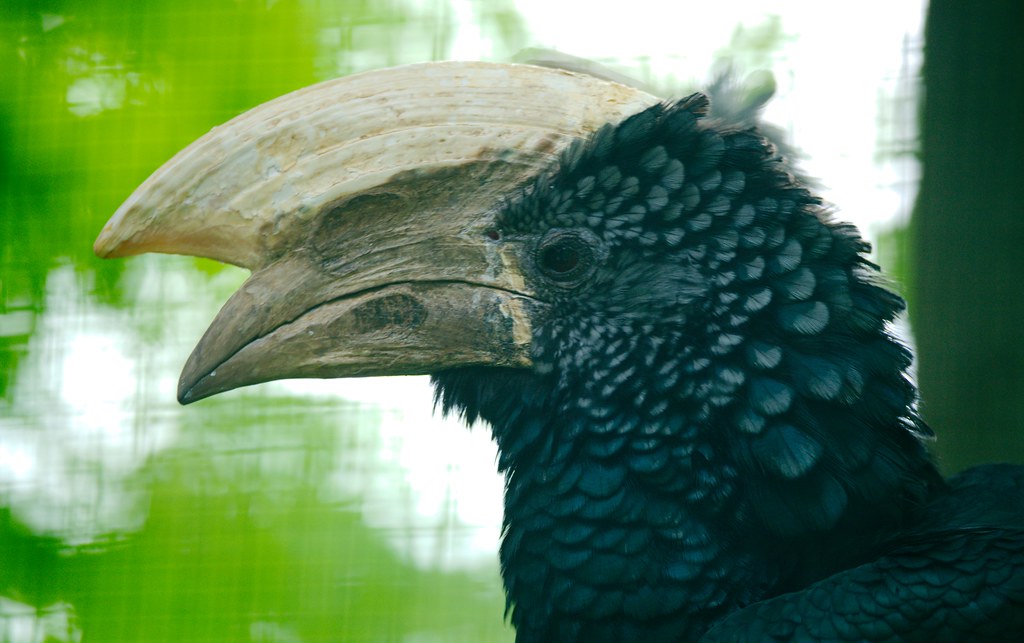 I am posting this in advance, so I don’t know what the current administration did today to upset this hornbill, but I’m sure it was something.

It’s a bit grainer/noisier than I’d like, but I still think it’s a decent shot. 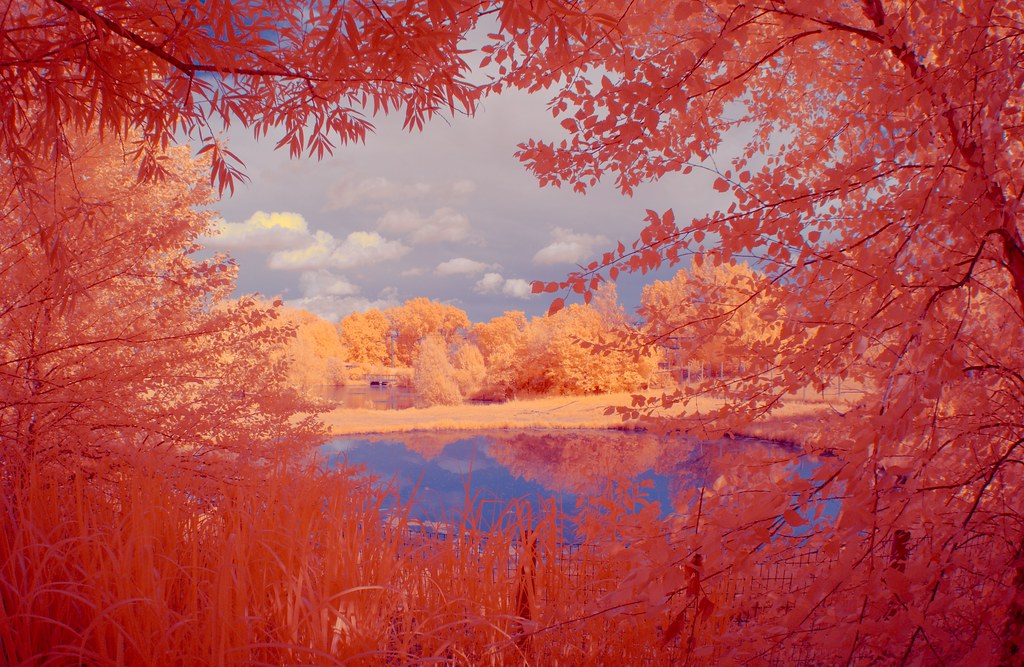 Some frequencies of infrared light can penetrate leaves. Others reflect off. That’s why the trees are different colours based on where the sun is. 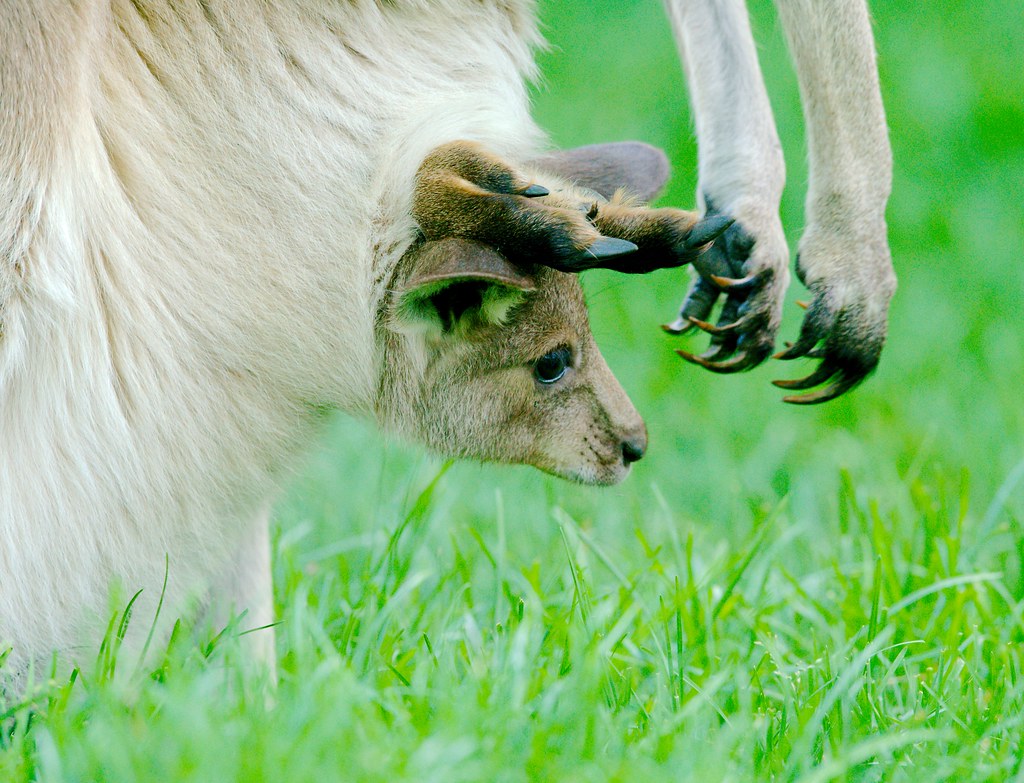 Sometimes all of the joey doesn’t fit into the pouch. 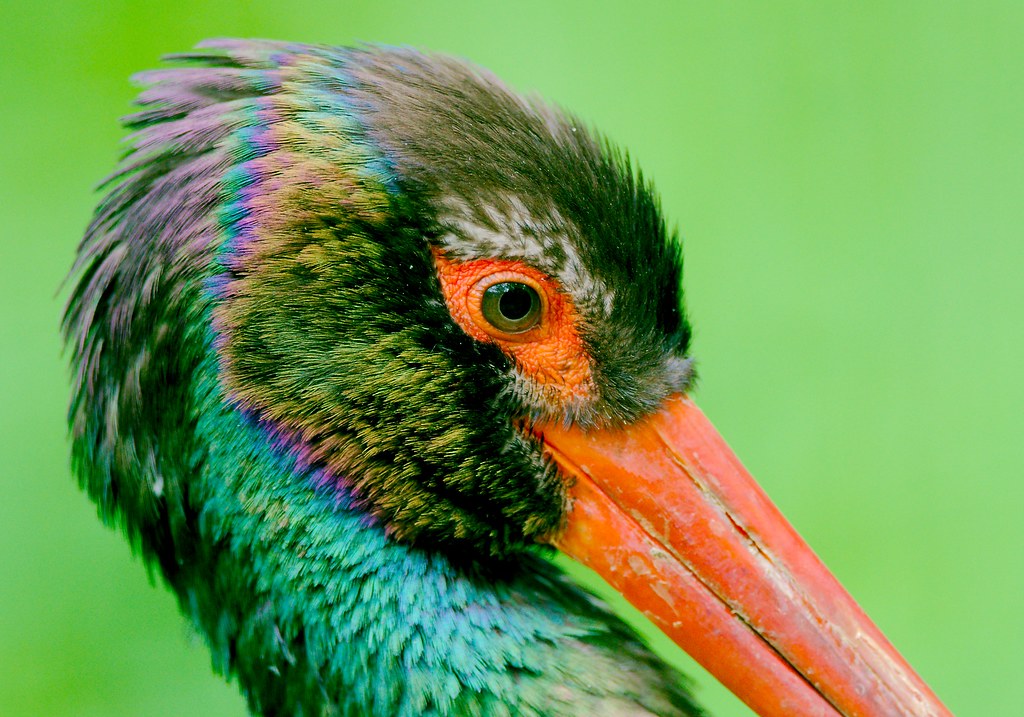 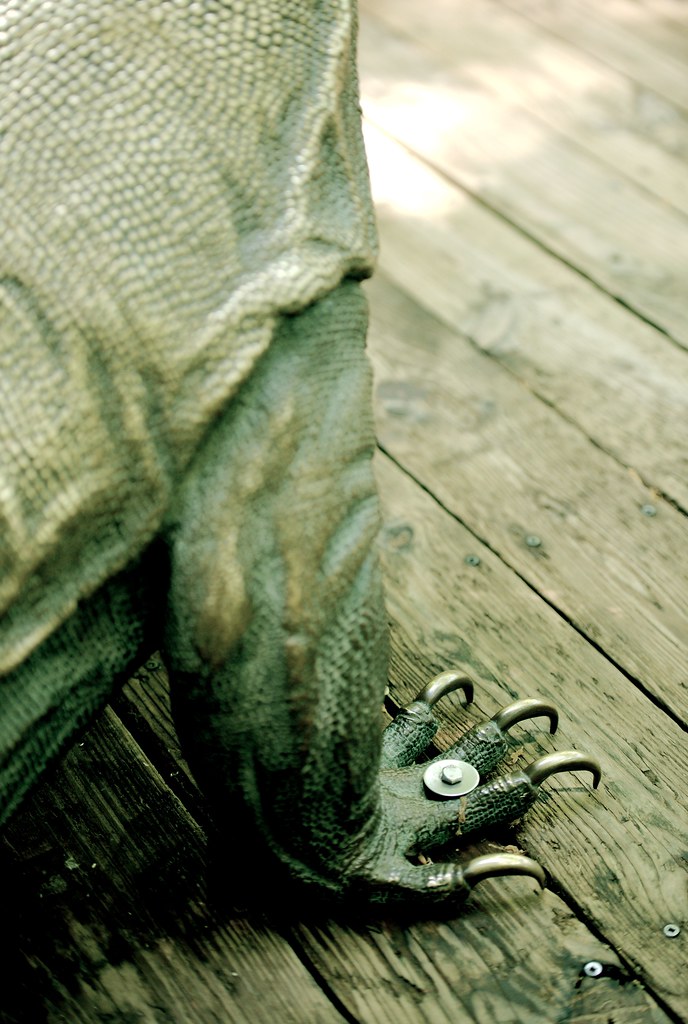 Some zoos really don’t like their komodo dragons walking away.