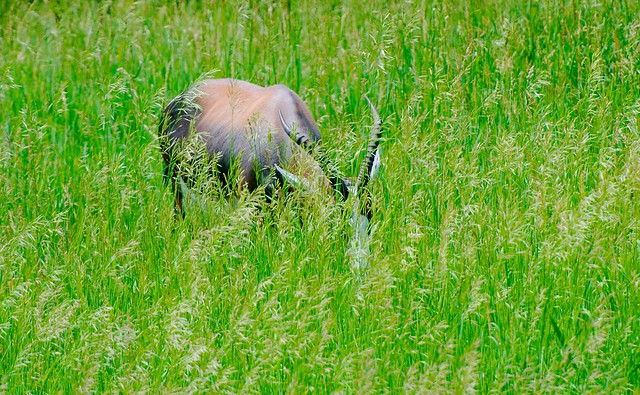 Antelopes often mull things over as they graze.

This is thinking that if we’re building the mirror universe reality from Star Trek, at least it means we’ll get to go to space. 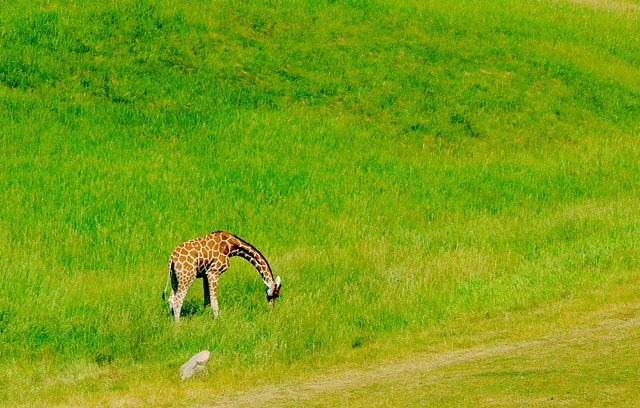 The giraffe’s extremely long legs and neck makes it ideally suited for eating the sensitive leaves on the tops of trees. 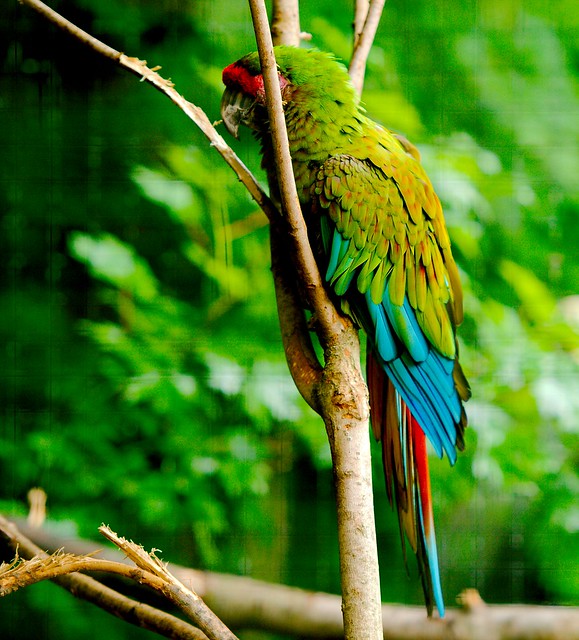 After watching politics for the last month, this macaw is beginning to understand why all those planets in Star Trek decided to be run by computers. 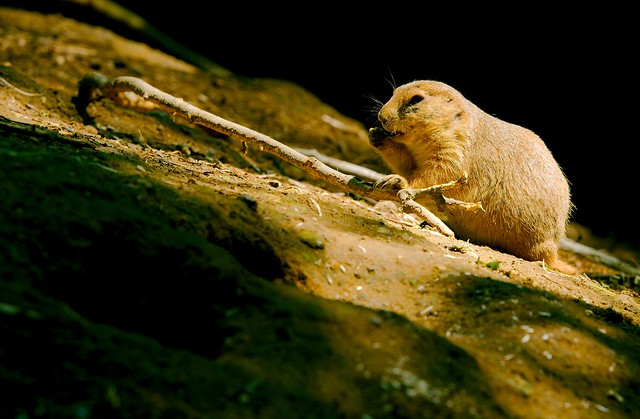 O, that I were
Upon the hill of Basan, to outroar
The horned herd! for I have savage cause;
And to proclaim it civilly, were like
A halter’d neck which does the hangman thank
For being yare about him. 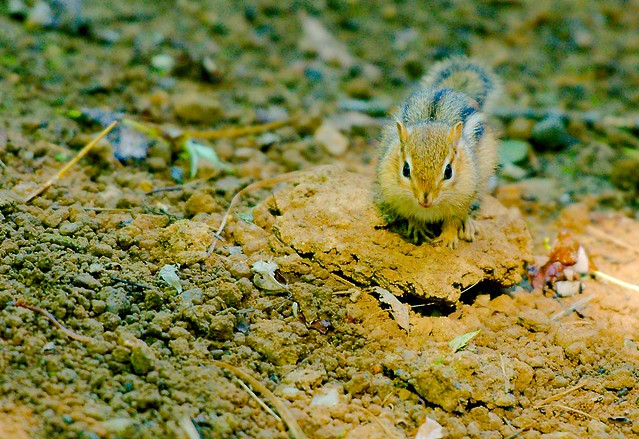 This chipmunk loves literature and suggests that if people feel a need to act but know not how, they might look to Lysistrata. 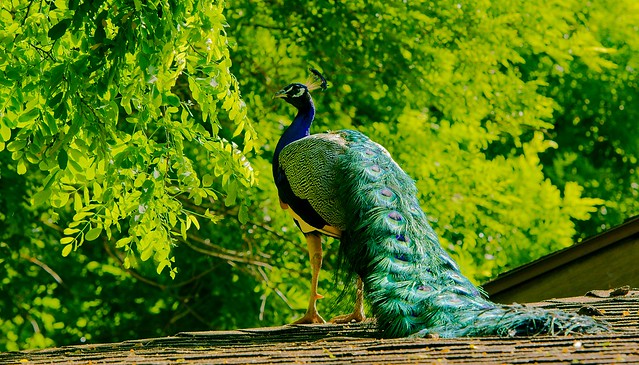 This peacock believes the election to be rigged.

There’s no way poll numbers could be raised and lowered so quickly without some sort of a rigging in place. 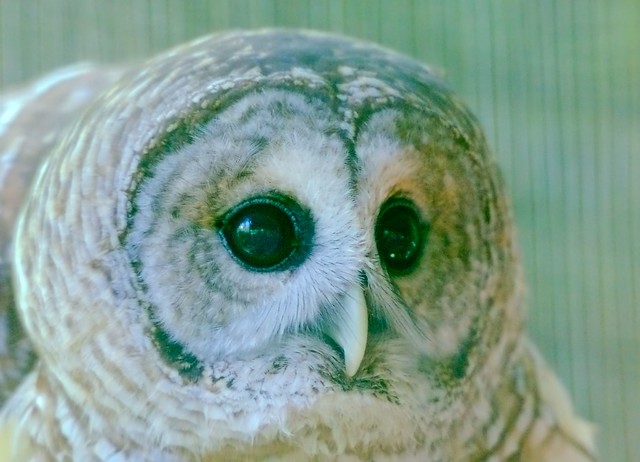 Owls like to teach. This owl is an art expert and wants you to know how composition works.

There are several positioning guidelines to properly compose a work. These are the most common

As it turns out, owls aren’t as smart as they think they are. 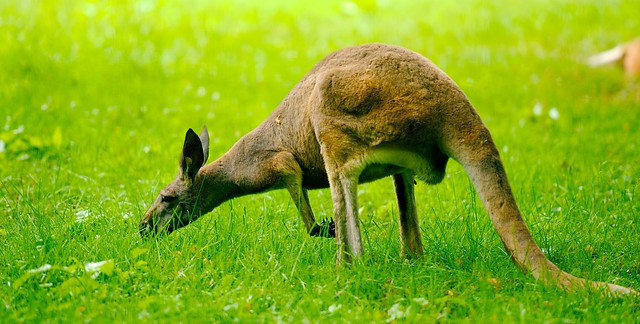 Unlike in American politics, a kangaroo’s counterbalance is functional. 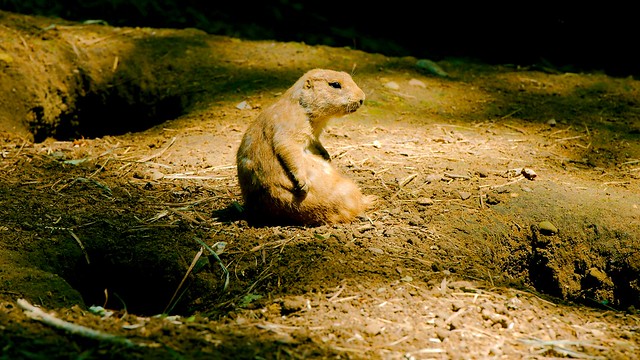 When griping grief the heart doth wound,
And doleful dumps the mind oppress 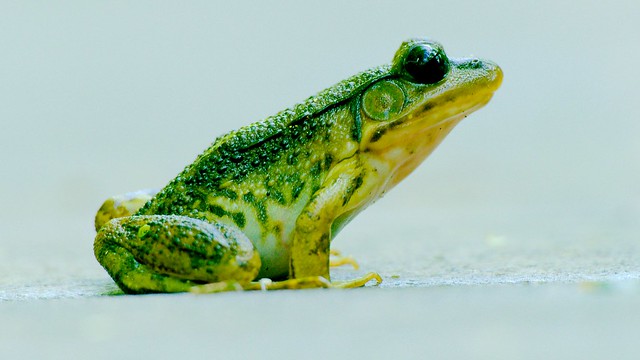 This is probably the best photo I’ve ever taken of a wild frog.

I’m sure I looked weird crawling on the ground at the zoo when I saw him, but I don’t much care. 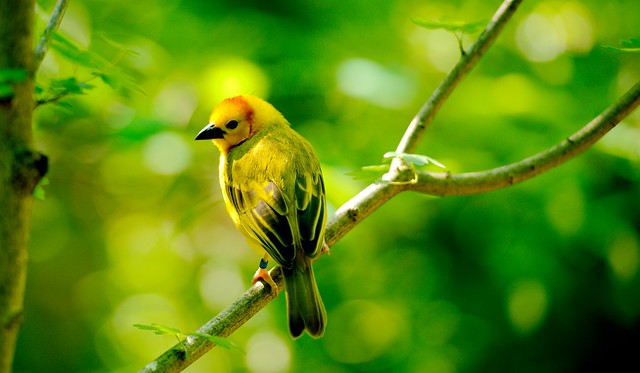 I find it interesting how some animals can blend in and stand out at the same time. 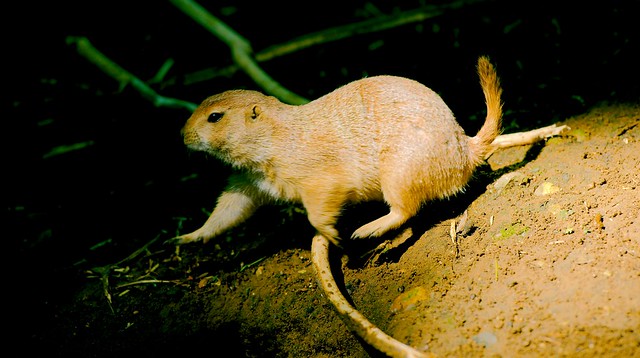 Fly further off, my lord, fly further off;
Mark Antony is in your tents, my lord
Fly, therefore, noble Cassius, fly far off.

Viewed up close, slugs have a sort of fine structure that I’d never noticed before. 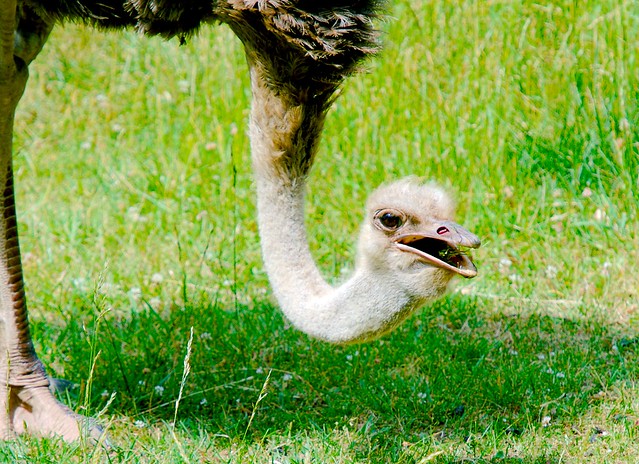 If therizinosaurs had time machines, they’d take one look at their future and decide to go back to the evolutionary drawing board. 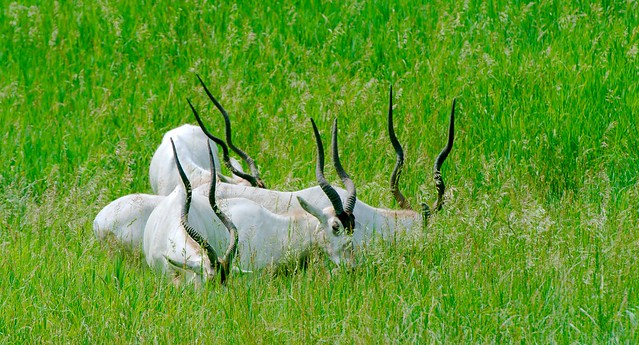 Some areas of the Savannah are surprisingly pointy. 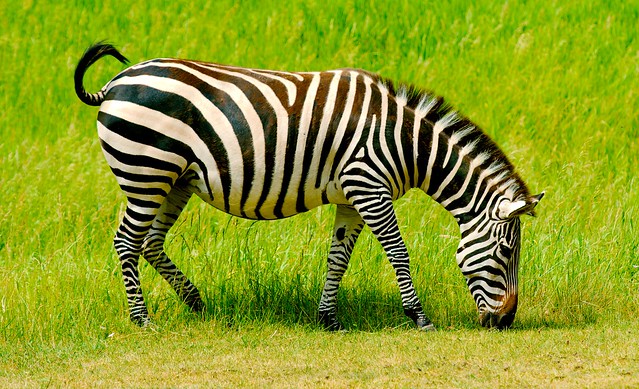 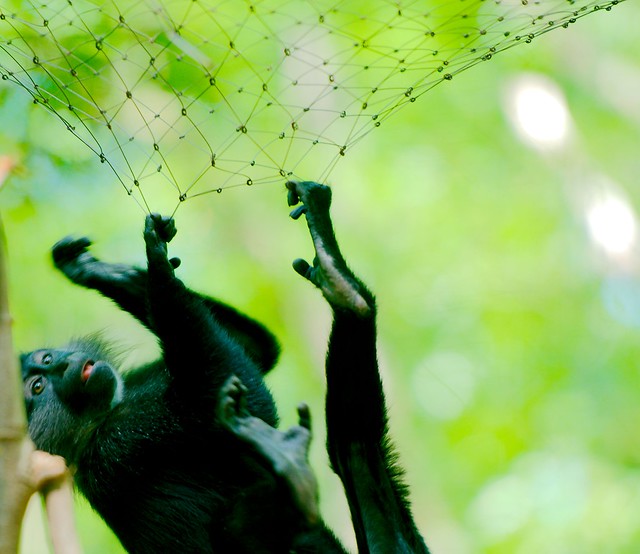 Black mangaby pretended to be a spider monkey. 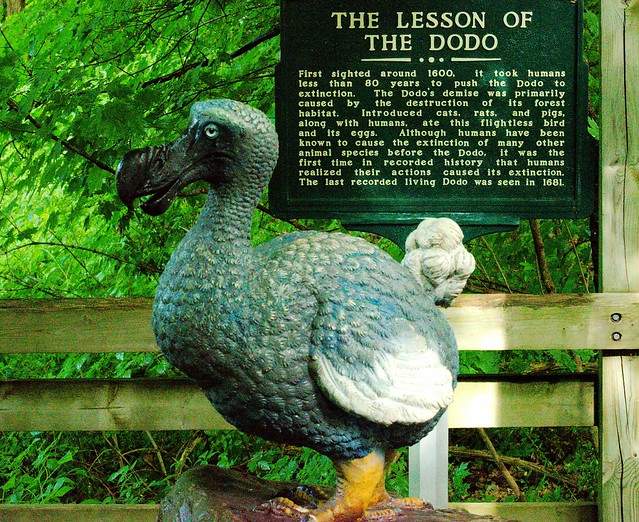 The scariest Halloween story for today was not written by me, but by humanity itself.

The Lesson of the Dodo

First sighted around 1600, it took humans less than 80 years to push the Dodo to extinction. The Dodo’s demise was primarily caused by the destruction of its forest habitat. Introduced cats, rates, and pigs, along with humans, ate this flightless bird and its eggs. Although humans may have been known to cause the extinction of many other animal species before the Dodo, it was the first time in recorded history that humans realized their actions caused its extinction.

The last recorded living Dodo was seen in 1681.

(Author of plaque and sculptor unknown.)

He had thought only of the romance when he filled in the form, paid the money, and winked conspiratorially at the clerk as he left. “It will be perfect” he thought.

As the weeks went by, he waited, biding his time. As the seasons passed, the new walkway was built. He hoped it would open soon, but as always, there were delays.

The two would still visit the park every week, though the spot itself was barricaded off. As time went by and the days began to grow dimmer, she grew more distant. He did what he could, asking what the problem was but not understanding her answers of “I’m just thinking” or “it’s about my family” or “I don’t want to talk about it”.

He knew that her family had expectations of her, that she was, eventually, to have to pass some sort of test. But that was in the future and, he was certain, their love was strong enough to withstand any changes that may come.

Then, finally, the day arrived. Though the day was dark and snowy and she seemed even more withdrawn than had become usual, he cajoled her until she acquiesced to their weekly walk. He was envisioning the look on her face as he knelt down to brush the snow off the pathway. He was so distracted by his vision of the future that he barely felt the cold metal until he saw the other end of her long knife protruding from his chest.

“Wha…?” he gasped as he died, looking first at the retreating knife tip, then at the brick, as tears fell from his face as blood poured from his chest.

Crystal stepped around his body and, for the first time, saw his message to her. She knew she was being watched but couldn’t help but to shed a single tear, which joined his growing pool. Then she turning her back, having passed the final test, walked out into the snow rejoining her family as a full assassin. 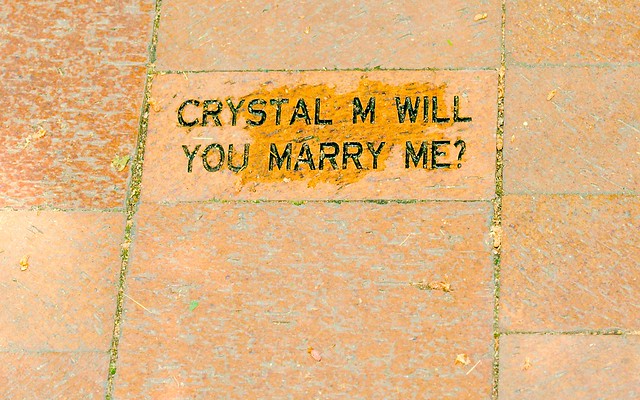 And there it lays today, forever stained by tears.

After losing many people in the attempts to catch or kill, the city officials had given up, and merely fenced it from the rest of the park.

Still, there were incidents.

It was common, after all, to momentarily mislay a child. Perhaps she ran off to play. Maybe he and a friend wandered to the sandbox. Sometimes they were climbing a tree, chasing the ice cream truck, or just temporarily lost in the crowd.

That was when it hunted.

All it took was one moment of panic. That’s how it always started, with that one fatal mistake. Though everyone knew the advice “stay put”, it was hard to follow when visions of horror were brought up in the imagination. That’s when they run around. That’s when, sometimes, they look at the fence and think “No, my child couldn’t climb that …” but then the doubt sets in and the question arises “… right?”

That question is always the beginning of the end. That is when they think: “Maybe the fence is really not that high” … “maybe there’s a gap” … “maybe a hole underneath.” Some take longer than others, but eventually, every victim thinks the same thing.

And then it’s over. It’s always the same. A gasp of recognition. A pause as they disbelieve their eyes. A rush of movement as they race to verify. Then, always, a loud SNAP, heard throughout the park.

And, while their child plays, runs, slides, or swings on the other side of the fence, the angler bench resets its lure and awaits the next parent.