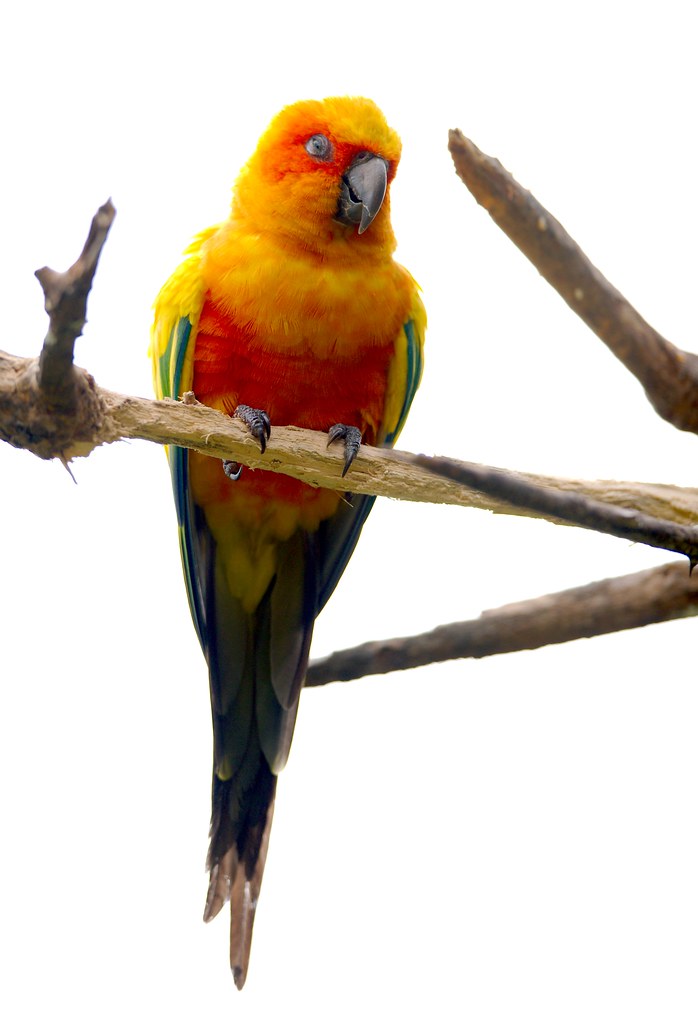 For a long time, I read this name as “Sun Conjure”, as I really liked the idea of these little birds summoning the sun into existence every morning. It made a certain mythological sense. I could see people hearing the bright yellow birds every morning and seeing the bright yellow sun rise and assuming that the birds were the source of it all. There are just so many interesting stories that could be told in that framework. Their tweeting to raise the sun every morning could be the result of a millennia-old pact between humanity and the animals of the forest, resulting from a devastating war in which both sides lost heavily (and which explained fossils). A feather from a such bird could be the source of fire, a gift from nature to humanity so people could cook grain, reducing the need to hunt. The migration of such birds could explain the differences between the wet and dry seasons, so people could know what and where to plant.

Alas, one missing “j” and that theory was shot to hell.

So “cone-tailed” parrots are also “sharp-assed” parrots, which makes a bit of sense.

However, I was curious as to what the natives called them, so I did more research and found that they are native to Roraima (now part of Brazil). However, Roraima’s history apparently started in the 17th century when the Portuguese discovered the Branco River. This then started multiple waves of fightings between the Portugul, England, the Netherlands, and Spain. The only mention I could find of native peoples were that they were there in 1700, enslaved and forced to live in village, then revolted. Then many of them were killed before they were “converted” into Protestant ranchers.

Apparently when white men are busy exploiting the natural resources of a land and destroying everything that lives there, no one bothers to ask the natives what they think of all those little yellow birds tweeting nearby. So we’ll never know.

I, for one, like to think that they make the sun rise.