There is an interesting balance between education and entertainment that zoos must strike. Far to one side, you have places like the National Zoo in D.C. that is somewhat dry and focused almost entirely on education and far to the other, you have places like Sea World, which are pretty much amusement parks with animals. In the middle, you find most zoos which are mostly exhibits with educational signs and zookeeper talks at specific times of the day, but that also have some playgrounds and carousels. That model seems to work most everywhere and allows the zoos to bring in enough money that, when combined with tax structures and donations, allows them to fulfill their primary mission of conservation while also educating and entertaining.

The Columbus Zoo is different.

I suspect that the donations the zoo got from Jack Hanna’s appearances on the Letterman show pushed them past a tipping point and allowed them to do what few zoos do, which is to mix the conservation message more directly with entertainment. They have, for example, a pirate ride that kids can do on and get the fun of a water ride past pirates, but also be given a conservation story as they do so. They also have a mix of other things that they’ve blended in to the experience, but the one I want to talk about is how they themed their Asia building. 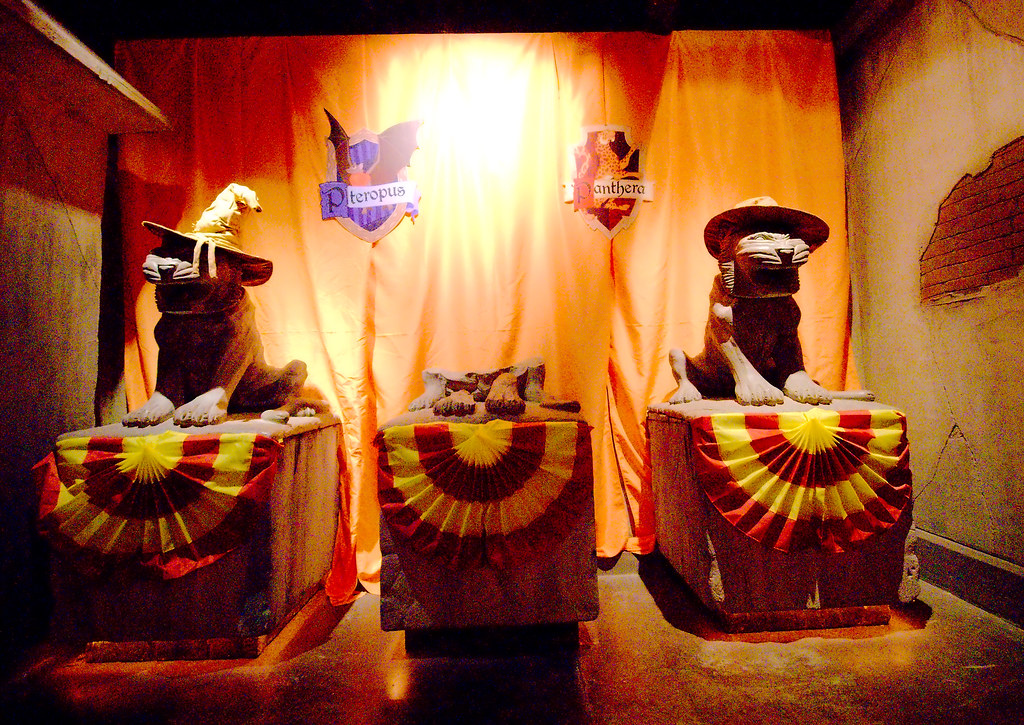 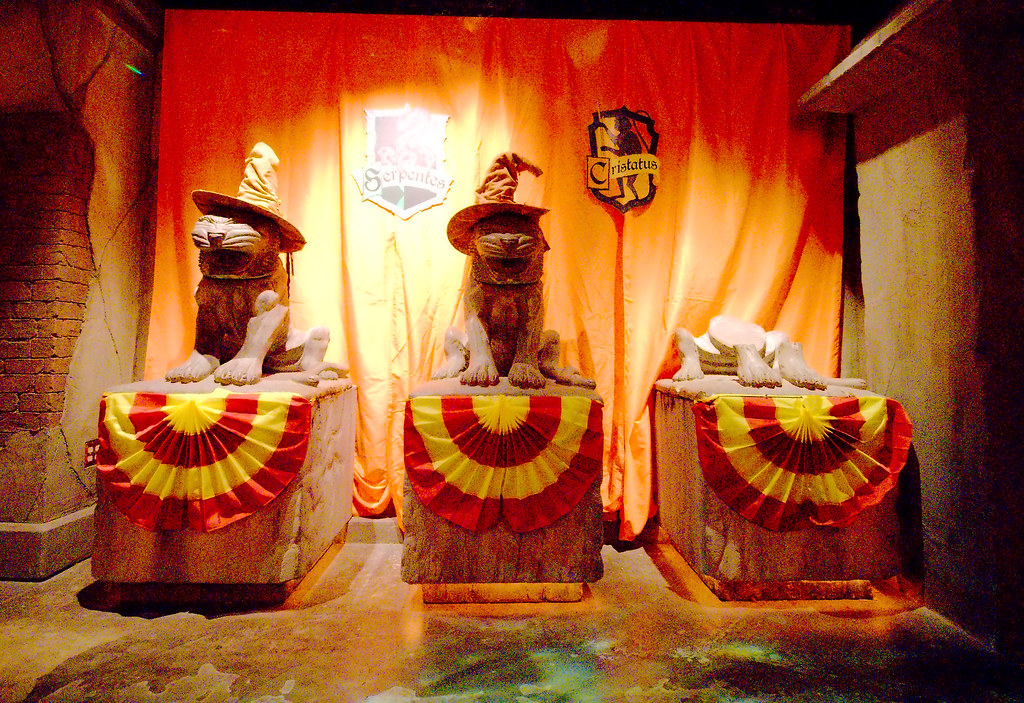 Here, as you walk in, two different rows of animals are used to indicate extinction, so while there originally six houses, only four houses remain. 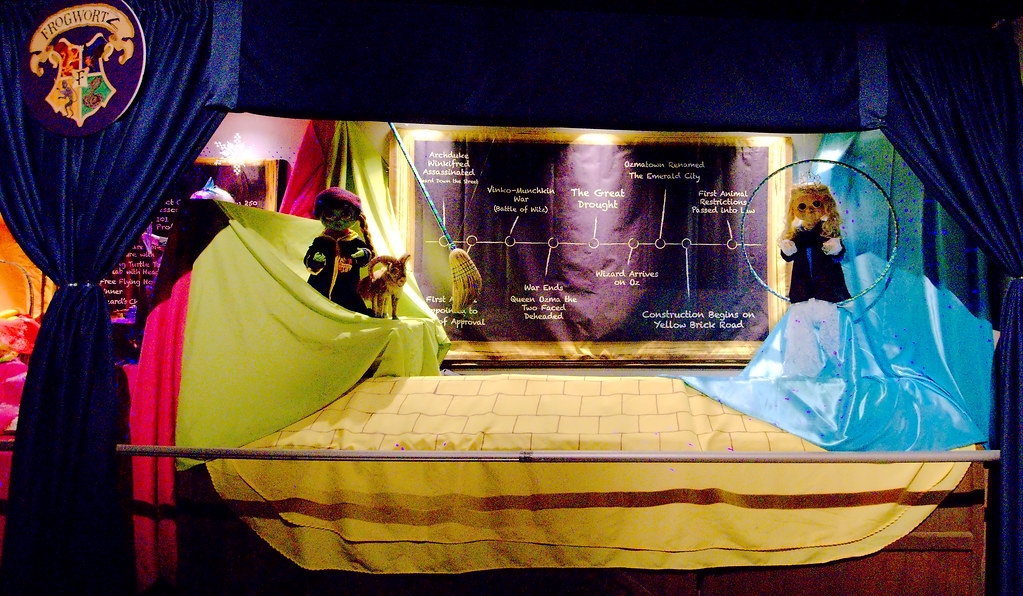 There’s a Frogwortz timeline, showing important events in the school. 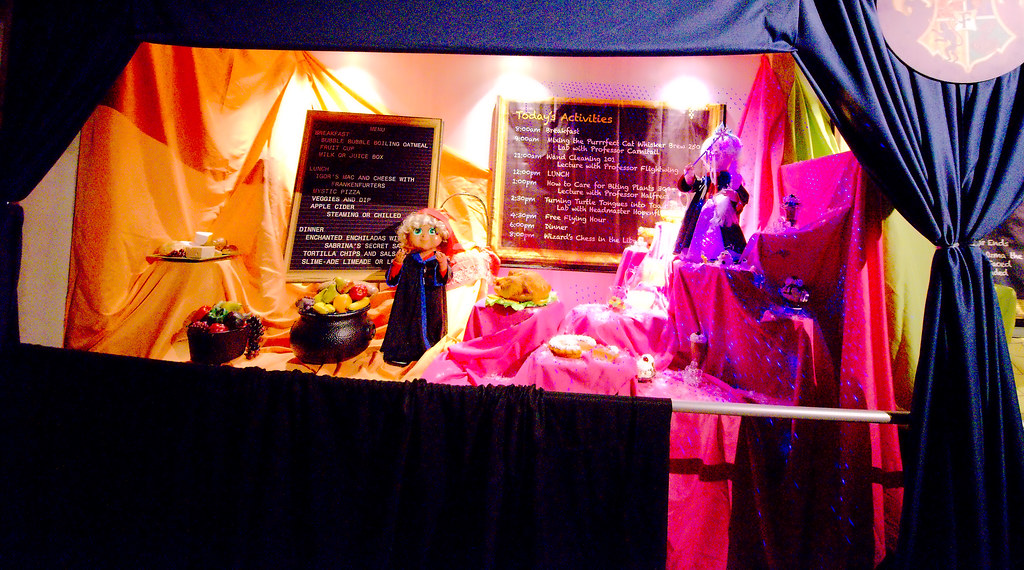 And a Frogwortz activity board. 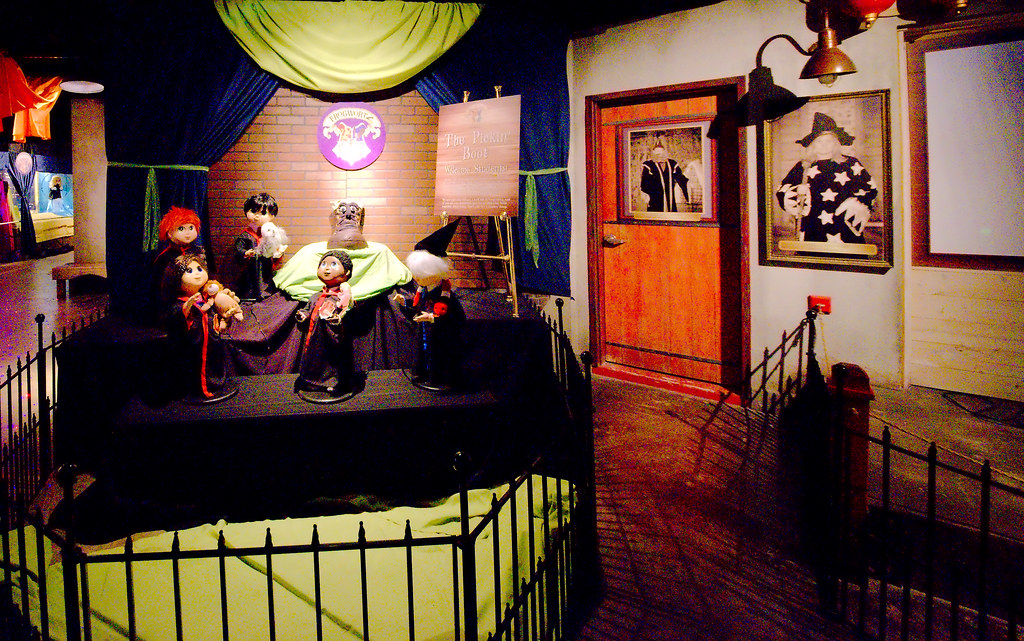 The open space is generally themed, as the entire building is constructed to allow for changes to the overall theme to hit what’s popular. It was clear that the whole Harry Potter theme was fading in interest as some of the kids there were too young to get the references, so I imagine when I go back, they’ll be something new (maybe Hunger Games?) Still, it was impressive how “all out” they managed to go to re-use a building.

The traditional approach would involve raising the money for a seasonal attraction. This is why a lot of zoos are adding “Africa” right now. It can take a decade to raise the money for such a large expansion and, once opened, that can give an attendance boost, but it’s always a bit of a gamble whether the boost will last long enough to raise the funds for the next round. By going with smaller boosts in between the large and splashy expansions, I imagine the Columbus Zoo manages a more even cash flow, which allows them to better capitalize on the events they put together.

It’s not something every zoo can do, and I imagine Jack Hanna’s fame helped a lot in getting them to this point, but it’s nice to see other ways to do things.