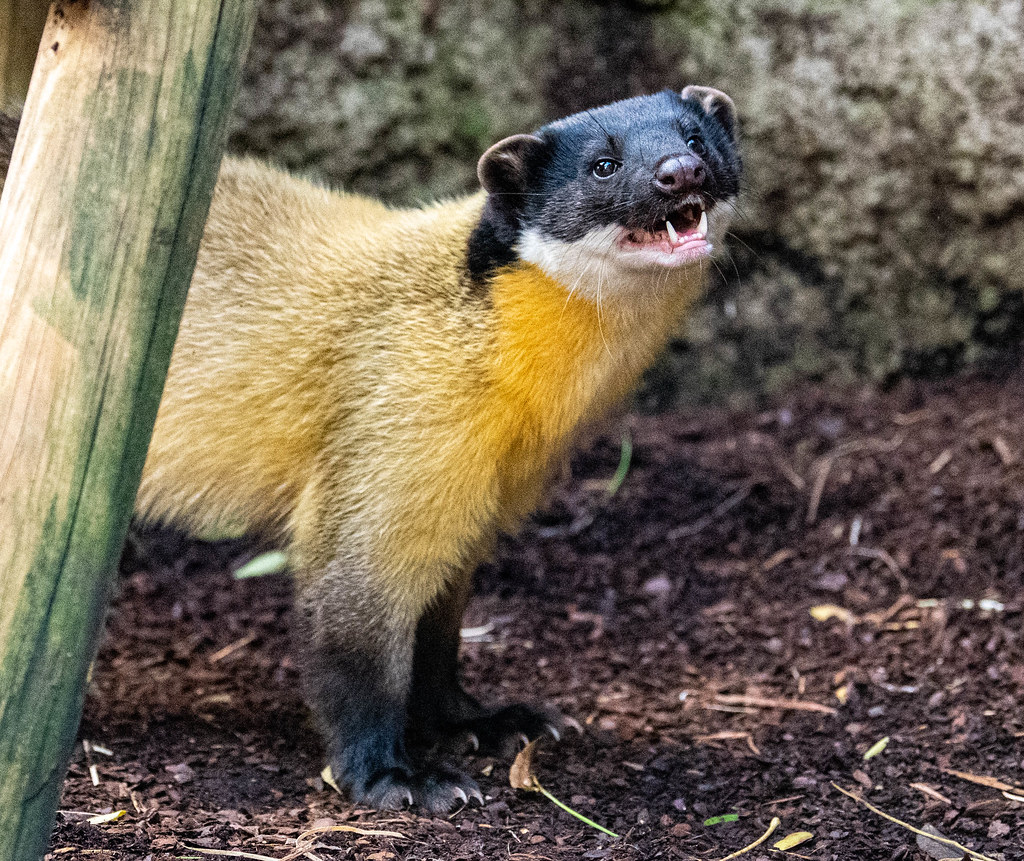 A weird thing about visiting a lot of zoos is that they specialize in rare species. This is not a rare species. It’s all over Asia … but it’s the first one I’ve ever seen and I had to go to France to do it. I’ve seen tons (literally) of animals rarer than the yellow throated marten, but this was the coolest animal of the visit – because it was new to me and that doesn’t happen that much anymore.