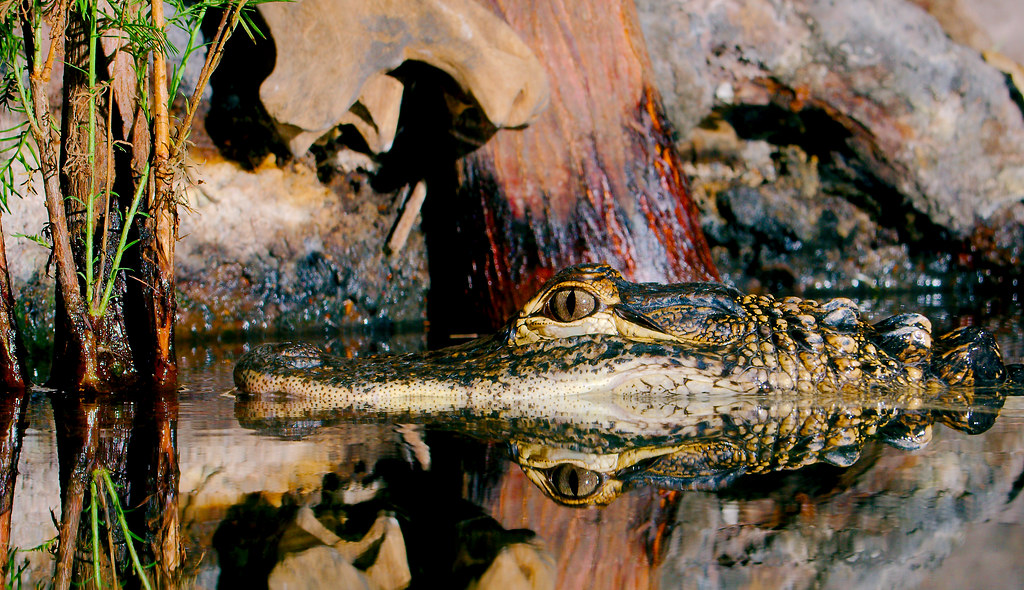 Once upon a time, there was an alligator. This alligator was the king of the swamp, and all of the other animals feared him. He may not have been the fastest swimmer in the swamp, nor the smartest creature, but he was old, he was big, and he was strong.

One day, when climbing onto a log, he heard a “SNAP” and glanced down to see two pieces of metal clamped around his leg. He tried to bite it, but alligators are not very flexible. He tried to pull away from it, but there was a chain, and it held tight. So, he did what he always did when confronted with a problem. He moved to a nearby patch of sun and slowly thought.

As he was thinking, a beaver carefully approached him, taking care to stay clear of the sharp jaws. The beaver had heard the snap and knew what it meant. He approached the alligator and said: “Sire. I heard the snap of death and came to investigate, fearing I would find my wife or children, as I had found both my mother and father. I now see you clearly alive and I must ask how you managed to survive the metal death the sits and waits for my kind.”

The alligator just stared at the beaver through his reptilian eyes. The king was known for his strength, not his words.

The beaver then said “It must be because you are so strong, that you can survive. But I must ask, out of concern, if you are hurt.”

The alligator stared at the beaver for many heartbeats and then slowly lifted his leg to show where the metal teeth had pierced the skin, blood oozing out around arc.

The beaver tentatively drew nearer, looked at the trap and said “I may not be as old as you or as strong as you, but my people are fine engineers. Would you permit me, in the name of friendship, to attempt to free you? I mean, I’m sure you’d free yourself in time, but it must might be faster if I helped.”

The alligator closed his eyes once, then re-opened them, indicating that the plan was acceptable.

And so the beaver swam off to find a tree of the right size. Once felled, he stripped some branches and created a lever arm with stops, so the trap could slowly be wedged open. He swam back, and warning the alligator that it might hurt as he opened the trap, began to apply pressure. It took many long minutes, but eventually the trap opened just far enough for the alligator to extract his leg. He quickly slipped into the water to ease the pain as the beaver used his other stick to re-trip the trap, so it would not hurt anyone else.

The was a second “SNAP” as the trap closed … and then a third.

For, while friendship is a wonderful thing, in the swamp, meat is meat.