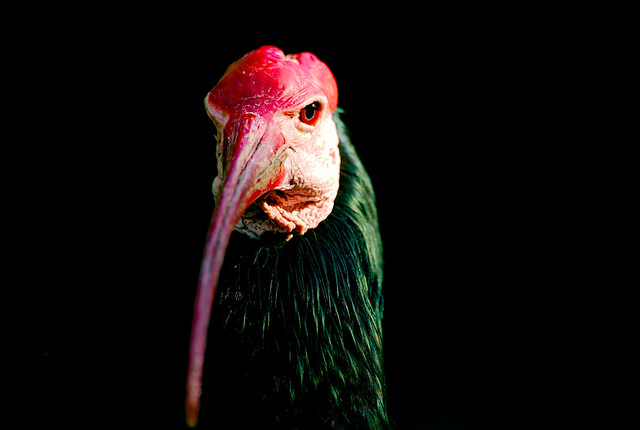 Vocalizations
The Southern Bald Ibis is known to be a relatively quiet bird. This species in particular has been noted to make a weak gobbling sound. This is refers back to their old Afrikaans name of “Wilde-Kalkoen”, otherwise translated as “wild turkey”. This bird is most boisterous in the nesting areas and in flight. It projects a high-pitched keeaaw-klaup-klaup call, resembling that of a turkey’s.

The bird’s name in Afrikaans translates as “wild turkey”. This means that the following must have happened.

The Europeans have some things to answer for, is what I’m trying to say here.