Sixy-six million years ago, there was a flash in the sky. Quickly after the flash, a wall of fire rushed over the globe, followed by a rain of ash and atomized rock, destroying all life in its path.

It was probably a Monday, because really, when else is that sort of shit going to go down?

Anyway, the skies grew cloudy, then dark, and over the next few years, most animals of any significant size began to suffocate and die. Within a few generations, almost nothing would be left. There would be lots of microscopic critters that would be doing OK, but on land, not much was moving. There might be a few furry things here and there, some slimy things in the water, some scaly things hidden in the rocks and, on a few scraggly trees, the last remaining feathered creatures clung to life as best they could.

Perhaps, as they perched, they remembered what life had been like, with their giant cousins towering over all that lived. Maybe they told their children, creating an elaborate mythology of how the end times had come and they, alone, had survived. Maybe they thought of themselves as the chosen ones, destined to spread over the land, help it heal and begin, once more, to thrive. Perhaps there were debates, then fights, then wars, over theology and what they could have done to prevent the catastrophe. Maybe there was a philosophical split, a further isolation as some of them decided to go their own way and let the rest argue amongst themselves.

This small band of feathered outlaws might never live to take over the world, but they would conserve that which made them unique, that which – in their eyes – allowed them to survive when most other perished. Success, to them, was to be left alone, to make the best living they could, and quietly raise their children to live as they do. 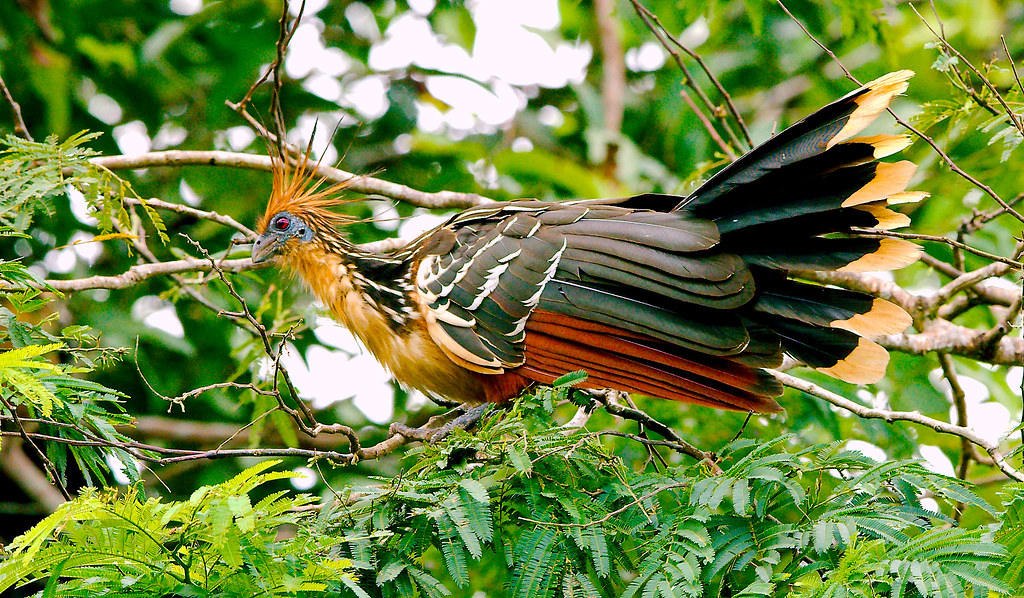 This race is the Hoatzin and they live only in the Northern end of South America. They are the oldest race of birds, the closest remnants of the dinosaurs. They are content to sit, to squawk, to raise their young and, eventually, to die knowing that, as a species, they will survive.. They know themselves, what has come, and what is coming. They pass no judgment, but they know the time of humanity is fleeting and are content to wait and to watch.