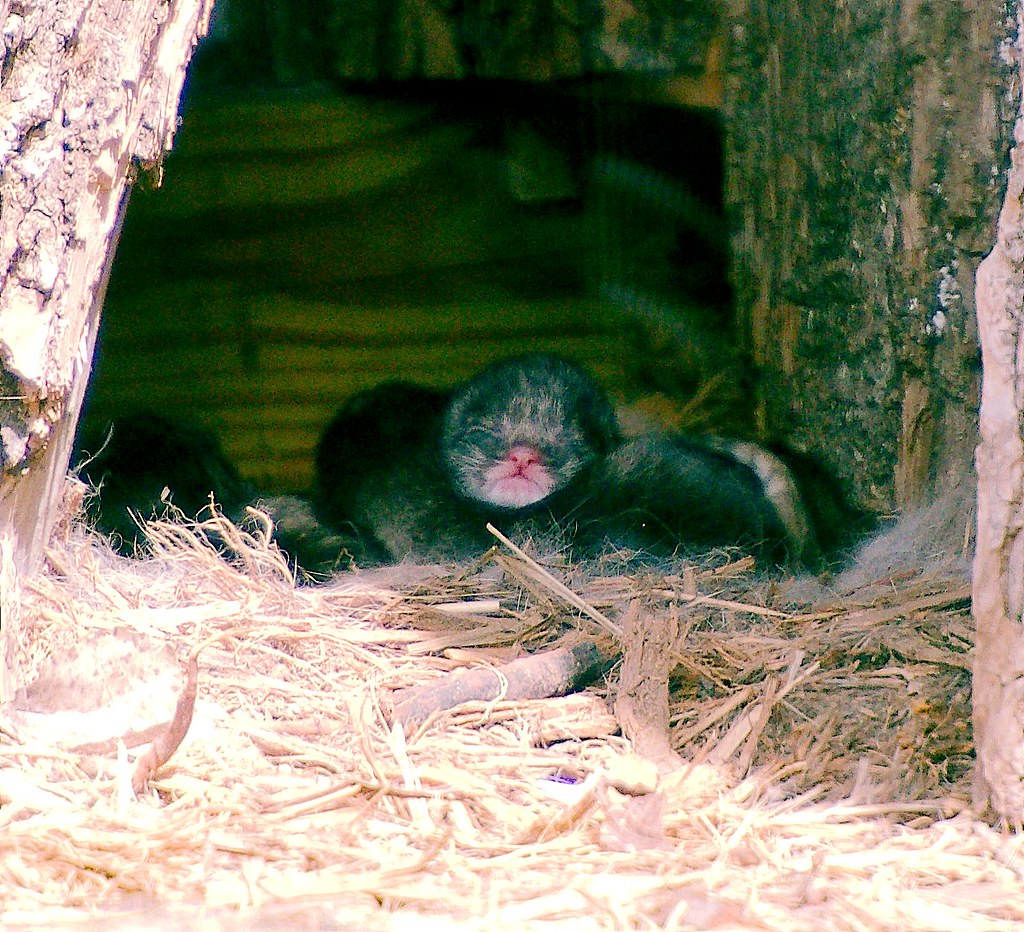 I mentioned over on Facebook a while back that I did something I’ve wanted to do for over a decade, but that I couldn’t talk about it yet. I can talk about it now.

Behold, a two day old Pallas Cat* kitten from Red River Zoo. I just happened to be there shortly after the birth and, because I have worked with the zoo before, we found a way for me to take photos without bothering the mother. Pallas Cats are notoriously grouchy and frightful and if the photoshoot distressed the mother, it could have boded ill for the kittens. Because the kittens are at high risk in their first 21 days, they are kept off exhibit and monitored from afar.

To get this shot, I was about fifty feet** away. The kittens were in a very dark part of the enclosure and were so very tiny. I am going to guess that this kitten head was about the size of a large grape*** when I took the photo. I didn’t have my best lens with me and I couldn’t use a tripod, as it could scare the mother. Really, I am quite lucky to get this shot.

Like much wildlife, Pallas cats are facing a declining population due to habitat destruction, being hunted for their fur, and poisoning campaigns that are intended to control the pika. The Red River Zoo has a strong history of helping to preserve this species. I was fortunate last summer to take photos of their new male, brought in to add genetic diversity to the reserve population in zoos. It’s very nice to see that he’s been doing his job.

Cute as they are, you don’t want them as pets. The Pallas cat has been described as being one of the meanest cats out there, having evolved in extreme isolation. I have been told that the kittens are born growling. Then a few weeks later, their eyes open and they start growling *at* things.

So while it’s not the world’s greatest photo, I am extremely pleased to be able to share it.