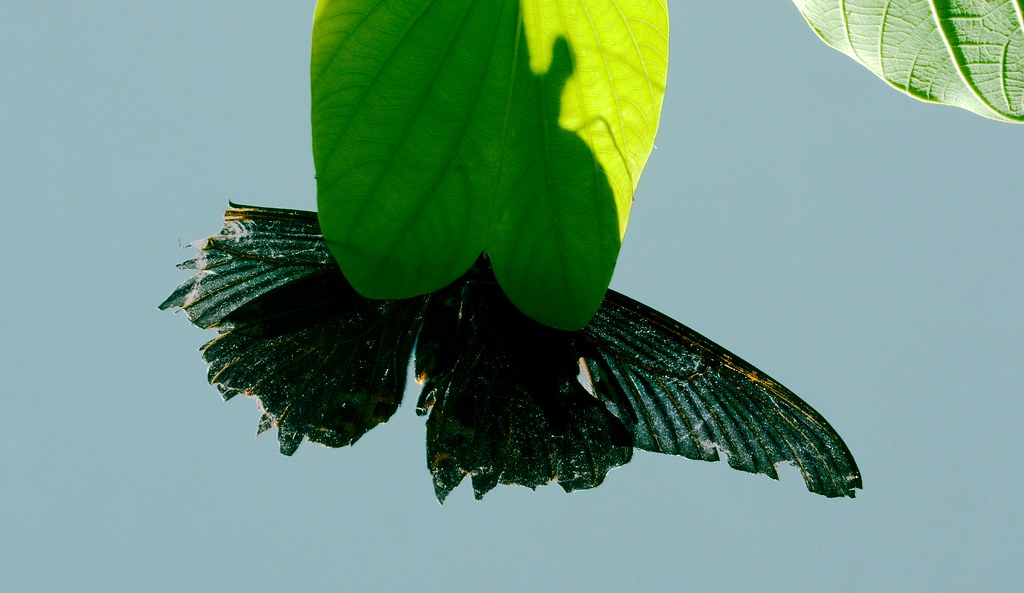 Though his memories were vague, he thought he remembered the beginning. He had had a sense of closeness, of comfort. He remembered slowly feeling trapped and, eventually breaking free from the shell enclosing his body. Then, his world infinitely expanded, he had looked around, and experienced wonder. Wonder at the enormous sky, the shining sun, the gleaming grass. For the first time in his life, he saw colour. He also heard sounds that, moments before, he hadn’t known were muffled, having had no reference for the concept. For the first time ever, he felt the freedom movement, unconstrained but for gravity … and mere moments later, he felt fear as his brother vanished before his eyes, snatched by a tremendous green monster. The speed of it’s strike shook the leaf and he fell.

The fall, he remembered quite clearly. He remembered the rushing air, huge spikes of grass speeding past his face, and the body-jarring shock when he finally hit the ground.

Winded, he had lain there for a long time, trying to place meaning around what had just happened. Eventually and with great caution, he crept out on to a branch and, carefully bit into a leaf. He almost lost himself in the sensation, the flavor, the juiciness, the crunch. Every bite was a tiny slice of utter perfection. It was only the trauma of his earliest moments that allowed him to keep a kernel of self awareness, so he knew when to drop, when to run, and when to hide from those larger and considerably more dangerous than himself.

He was lucky and, as time went by, He grew and grew.

As time went by, he learned about birds, and how to stay under the leaves to avoid them. He knew about mantids and how to watch for their heads, silhouetted against the sky. He grew defenses against most attacks and, with his increased size, most of his enemies seemed fearful and more inclined to pursue easier prey.

Eventually, the initial glory of his world began to tarnish. He’d seen it all before, and his days become nothing but unending repetition. He grew sluggish, feeling that there was little point. One day, he just stopped, and hung on a twig, scarcely aware that his skin was changing. As his heart had grown hardened to the world around him, his skin hardened and, walled off from the world once again, he slept.

Weeks later, when he awoke, he felt different, but like before, felt trapped. This time, though, he knew how to respond and ripped his way free. Then, he rested and explored his new self. Everything was different. The world itself looked different, with more vibrant colour and tastes in the air. He found himself ravenous once more … not for food, but for exploration. Unlike last time, there was no attack, just a slight gust of wind, and he found him falling once more.

This time, though, he didn’t fall for long. Moving muscles he didn’t know he possessed, he found himself falling slowly and, eventually, falling upwards. At first, he did not know what to make of the experience, but soon, he found himself soaring the breezes, exploring lands he’d only once glimpsed from a distance from atop the tallest plants.

He’d experienced a lot in those first few days. Birds were still a problem, but most of his enemies from his older life were laughingly easy to avoid. One twitch and he was airborne, leaving them grasping in his general direction and he soared away, victorious. His sense of smell was much stronger and he learned about flowers. His first flower was much like his first leaf, and he lost himself within it, emerging coated with sticky nectar but no longer hungry. He followed the scent from flower to flower, choosing only the best parts of each for, unlike leaves, flowers were complex and he quickly grew accustomed to taking only the best for himself, leaving the rest to the masses of bees that shared his sky.

He’d lost her to a particularly strong burst of wind and went back to his flowers before exploring further afield. Over time, his explorations took a toll. He grew increasingly tired as the days grew increasingly cold and the flowers grew scarce. That was okay, though, for he found he wasn’t as hungry as before. He was less and less willing to explore, being content to sit and to ponder.

He thought about the glory of new experience and the pang of sudden loss. He thought of fear and love and sadness and joy. He thought of all he had seen, everywhere he had been. He’d been trapped twice, once by the shell of another and once by the shell of himself. Now he was trapped simply by the weight of his life, lacking the energy to move. A part of him wanted to soar one last time, to have one last experience, but he was trapped again, but exhaustion, by remembrance.

Was it, in the end, worth it? Had there been meaning in his life? Should there have been?

He didn’t know, but he thought these were questions worth pondering for a little while longer.