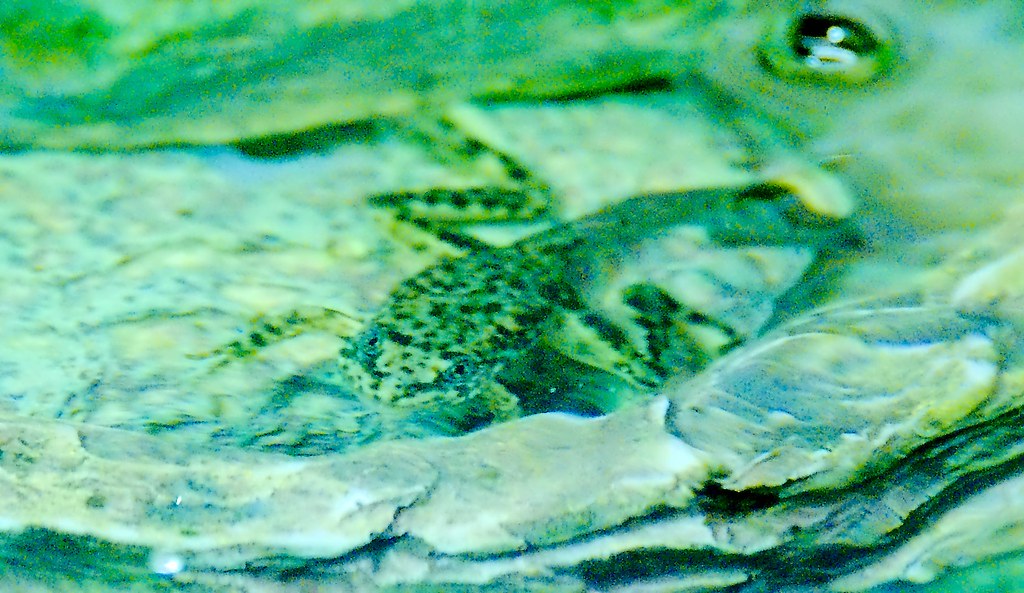 This is bad photo. It is, however, the best photograph I have been able to take of the Mountain Yellow-legged Frog.

This is a US species that has lost 90% of its population in the last century. It was already threatened by introduced fish and pesticides (turns out that when you spread around a substance to kill things, it kills things). Then chytridiomycosis arose and things got fairly dire.

When you visit various zoos, you see that many of them are involved in trying to preserve this species. It is, however, extremely rare to actually see them. Much of the conservation seems to be occurring behind closed doors. This makes sense when you have to keep things as small as spores out of exhibits, but it does mean that photos like this are the best you get.