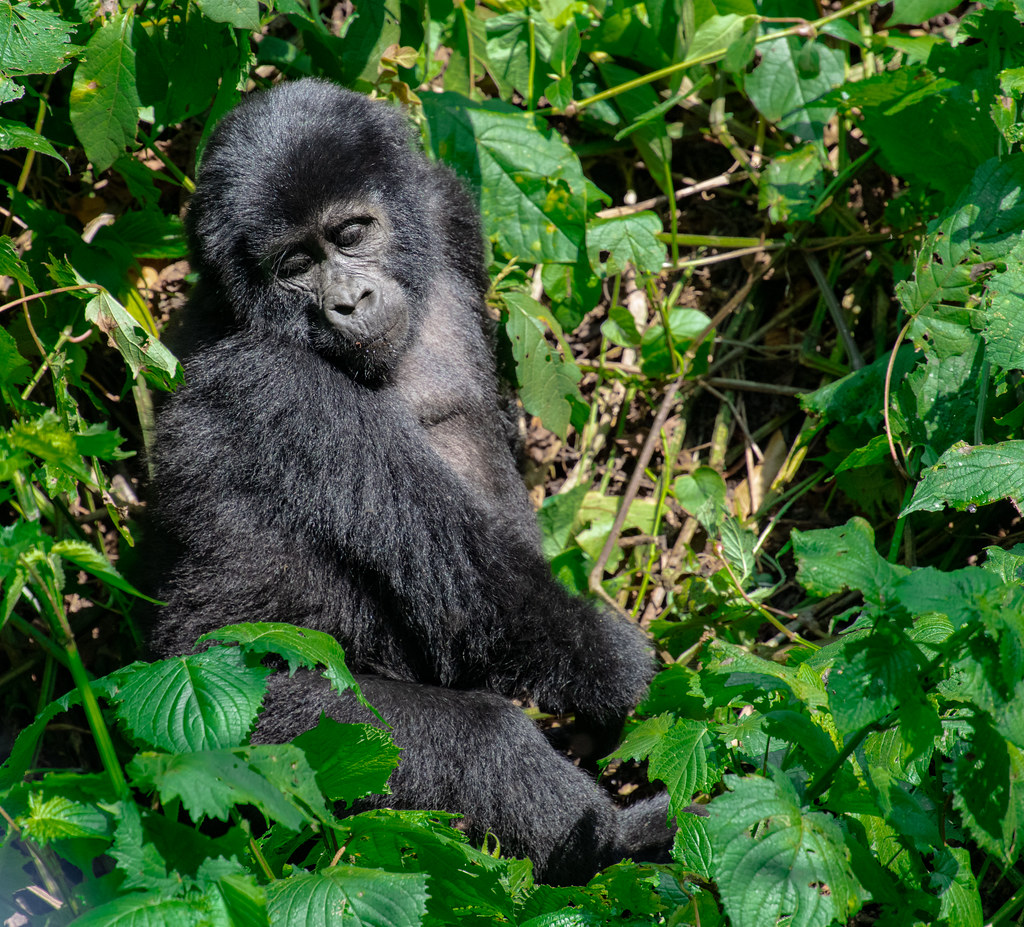 I’ve been sitting on this photo (and others in the set) for over a year because I kept wanting to take the time to do a “proper” write-up of my trip to Uganda to see the mountain gorillas. Well, that never happened and these photos are now blocking two other major animal trips, one major non-animal trips, and a good dozen or so little trips over the last year … so I’ll just be posting a few photos along with a few observations.

First, I want to thank my friend Eleanor for inviting me along to what wound up being my first trip to Africa. I don’t think I would have done it without her invite.

Second, I want to mention that if you – like me – had largely only traveled to the tropics in Central and South America, and expected Africa to be like that, it’s really not. Africa has had a *much* longer history of human habitation and it shows. The poverty issues are very similar, as is the climate – so buildings are similar and people live similarly, but where there are large pockets of wilderness throughout Central and South America, there is very little of that where I’ve been in Africa, and what I did see seemed to largely be reconstructed and then preserved which, from an ecological perspective, is significantly different from the restoration and preservation process that I saw in Costa Rica and Peru.

I’ll have a lot more to say on this when I get to the Madagascar photos. For now, just enjoy the gorilla.