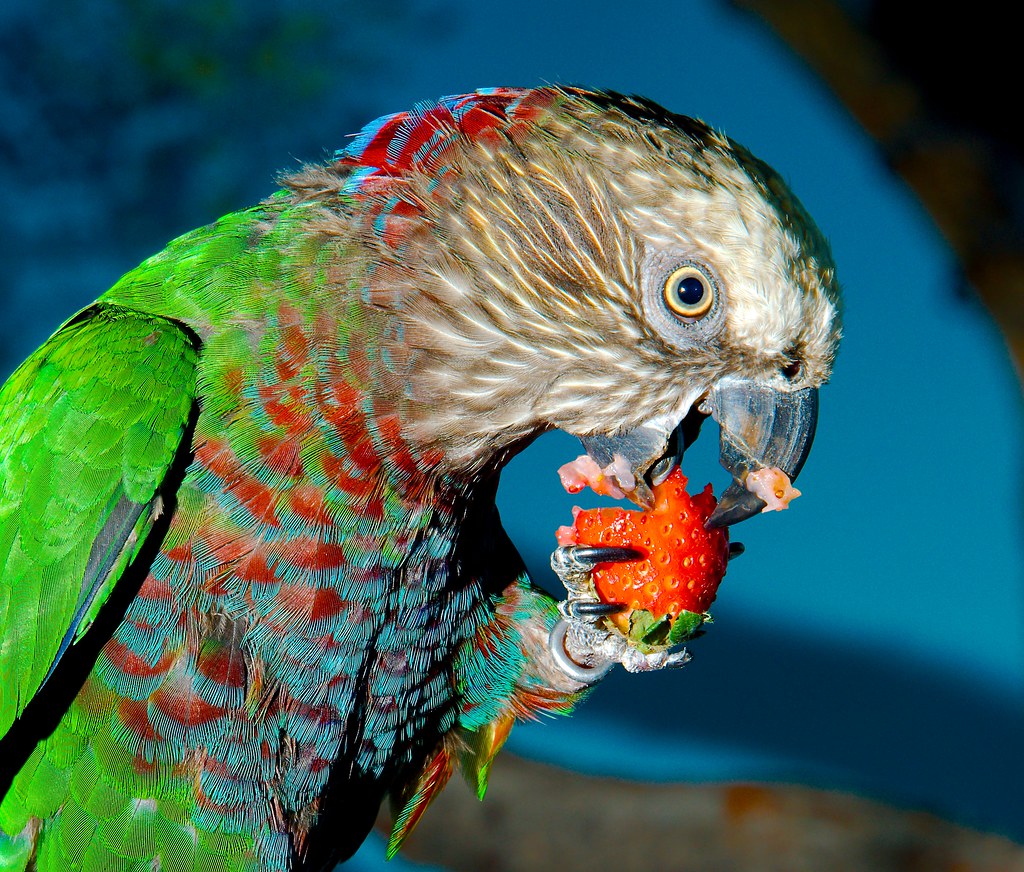 This is a hawk headed parrot eating a strawberry. Of course, the parrot doesn’t really have a hawk’s head. Accipitriformes and psittaciformes are two entire different orders of birds. Birds, of course, aren’t really birds. They’re avian dinosaurs. The word “dinosaur”, being coined in 1842 to mean “fearfully-great lizard”, of which the animals we call dinosaurs were most definitely not, at least on the “lizard” part. How great they were is rather subjective.

Also, a strawberry isn’t really a berry. It is an aggregate accessory fruit.

This post* brought to you by the English language.

* We now call a stream of electrons that make up words and/or pictures “posts” after the large wooden things we used to put into the ground for people to nail paper to. Thank you, linguistic evolution**.

** The word, “evolution”, of course coming from Latin and French, referring both to military maneuvers and the act of unrolling a scroll***.

*** Which, when unrolled, were sometimes nailed to posts*.