She’d been living in the woods for weeks. It took a while, but she was able to adapt her skills from the streets to her new environs. Stealing a gentleman’s wristcomp wasn’t all that different from snaring a grouse. Street rats and squirrels both gathered caches of food that could be pillaged if you watched and waited. Keeping an eye out for coppers, even when sleeping, required the same ever-present awareness you needed to avoid the invaders.

Today, in fleeing one triad, she ran into another that she has not sensed. Though she successfully got away, she found herself in a part of the forest she’d never seen before. She could hear both triads off in the distance, looking for her. Taking a few deep breaths, she forced herself to calm down and she climbed a tree to ascertain her whereabouts. Though she saw nothing familiar, there was a glint of sun coming nearby from the green. She marked hew way to the water, hoping that she could lose her scent.

Before she could climb down, though, there was a tremendous flash far off in the distance that could only mean one thing. The dome had given way. London had fallen. As she watched, fighter pods converged where she knew the city must be. Letting a sigh, she climbed down and, resignedly, made for the lake. She knew it wouldn’t last forever, but living half starved in the wild was better than the half-life she could expect were she captured.

The noise of the triads pursuing her faded into the distance as she neared the lakes edge. Exhausted, she waded to her waist and stopped, staring down at her reflection. She thought of her friends (and enemies) in the city and the fate that was almost certainly befalling them. She thought of the life she wanted, but now could never have. As she watched, a tear fell, ripping the still waters.

Then she heard a voice. “It is time.”

As the water began to bubble, the voice spoke. “Long, long, ago, this day was foretold. Seize your weapon. The future rests on you.” 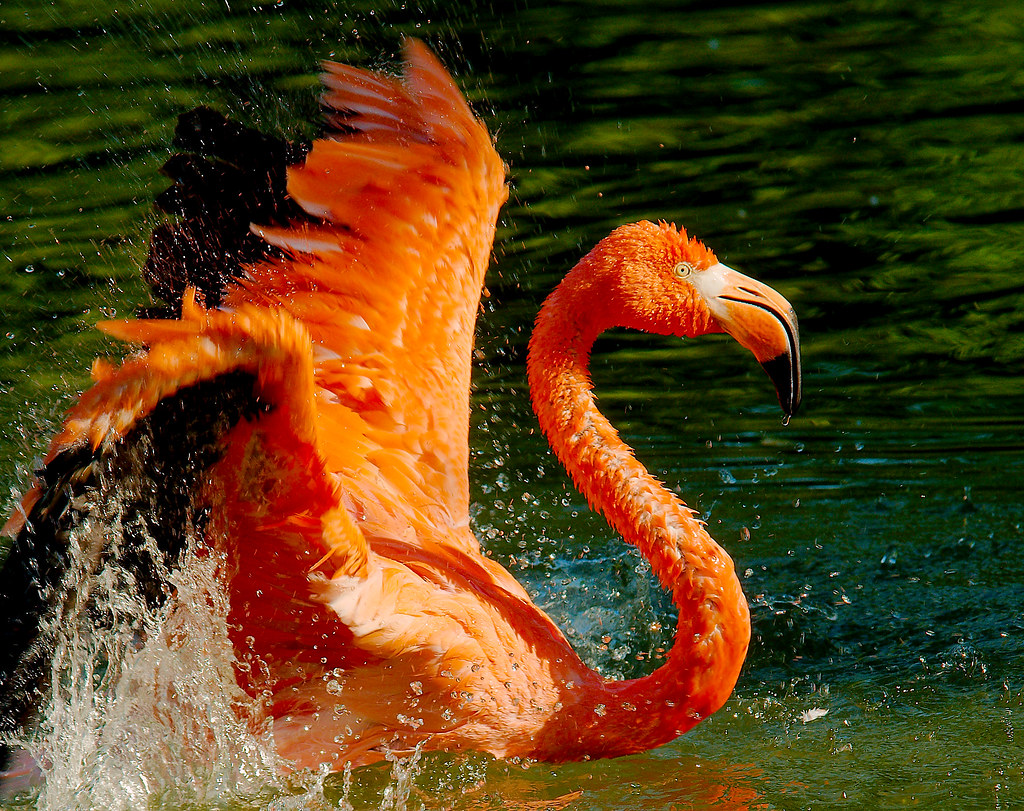 As she stared in astonishment, a perfect flamingo rose from the depths, shaking itself three times. As if in a daze, she reached out, and grasped its leg, preventing it from flying free.

It was England’s darkest hour.

And Alice was armed.