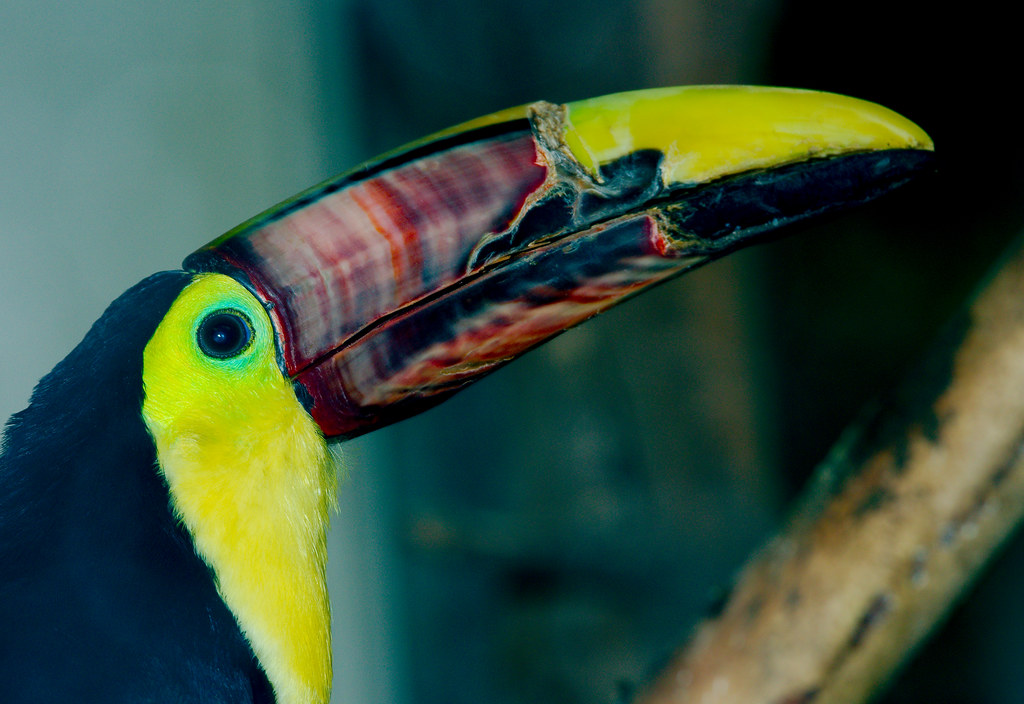 Modern cameras have a surprisingly good autofocus system, but in low light, it doesn’t always work as you expect … especially in zoos.

To prevent it from “hunting” or moving back and forth quite irritatingly, focusing on the bird’s eye, then the background, then the fence in front, you can use a neat little trick. I have a flashlight with what’s called a “moonlight” mode. It gives just a little bit of light, not enough to bother the animal, but enough to let the autofocus lock on tight so when you take the photo, a momentary flash can fill the scene to capture the photo.

With proper selection, the light is much lower than a lightning flash and a heck of a lot better for the animal than being blinded by the LED on the back of people’s cell phones.