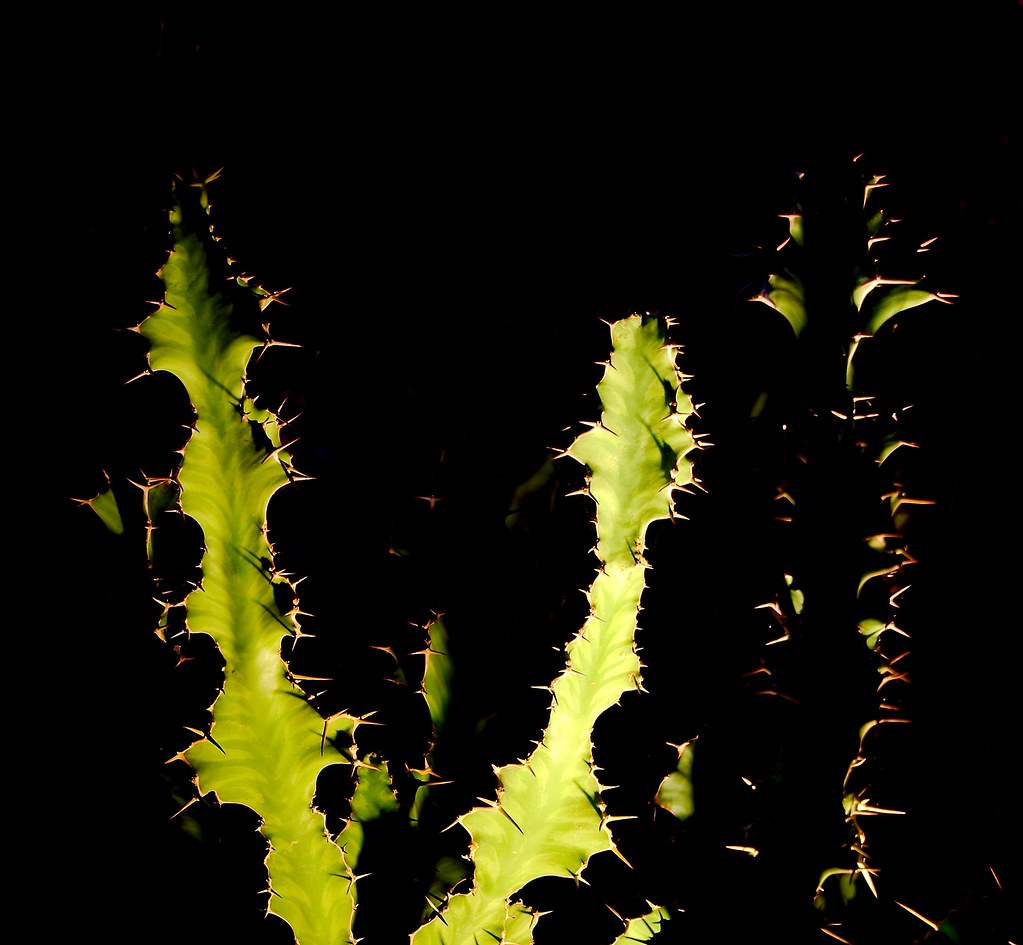 The second invasion was more successful. Instead of blinding the humans, they came at night, armed and armored. Those that ran, tripped and were skewered. Those that fought, fell beneath the onslaught of spines and ever marching roots. The bullets did not stop them, flesh healing over into hardened knots, protecting them againt further violation. They were impervious to drought, to heat. And, as the humans made their planet ever warmer, eventually the next generation of triffids ruled over all.