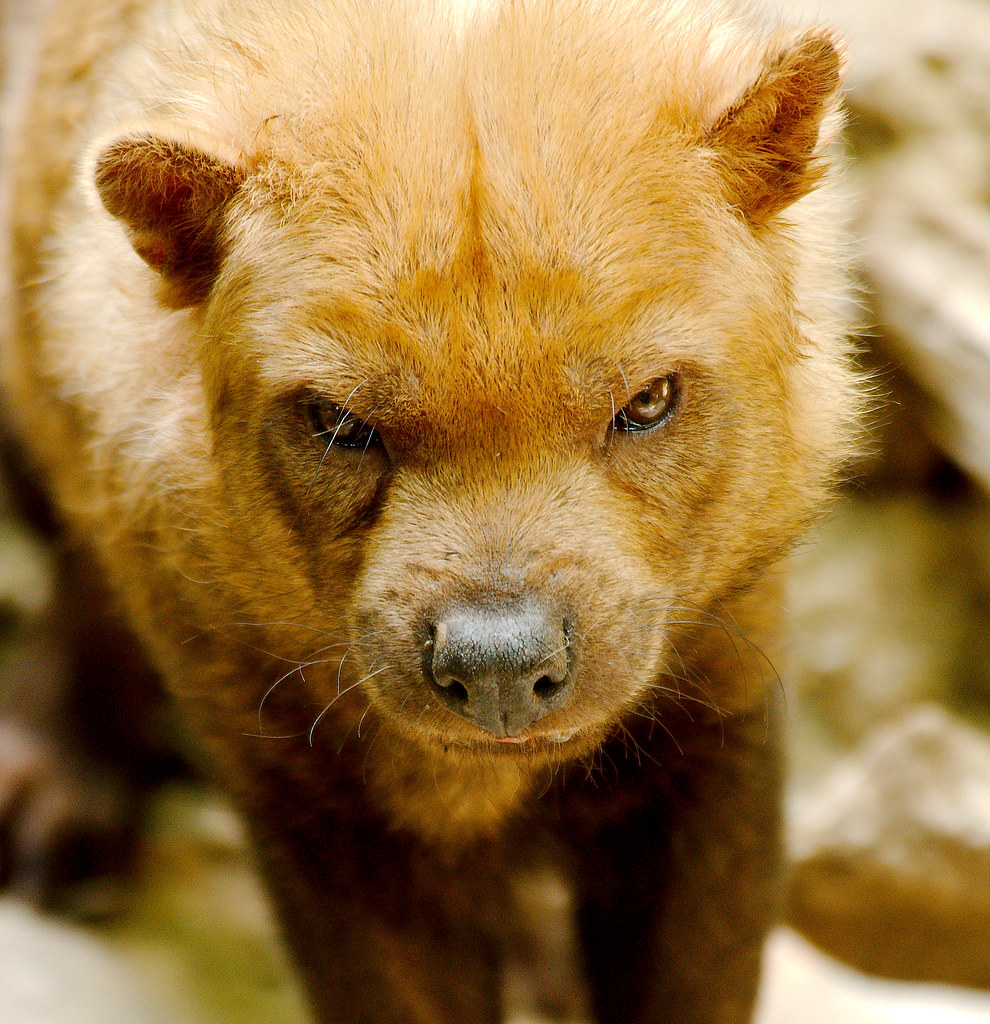 Bush dogs do not appreciate humor on the Internet. Therefore, I must tell you that bush dogs have a head-body length 55–75 cm (22–30 in), with a 13 cm (5 in) tail. They have a shoulder height of 20–30 cm (8–12 in) and weigh 5–8 kg (11–18 lb). Most interestingly, they have unusual dentition for American canines, with 38 whole teeth. Like all other dogs, they eat meat, hunting in packs to catch their prey. Their pack is made of family members within a home range of 3.8 to 10 square kilometers. (Partially copied from Wikipedia)

There may or not be any truth to the rumours that they independently invented algebra in the 1300’s, engage in group rituals every third Tuesday night or transform into humans under the light of the full moon.

I don’t think they, despite popular opinion, capture, raise and train hummingbirds as an elite air force used to police their territory.