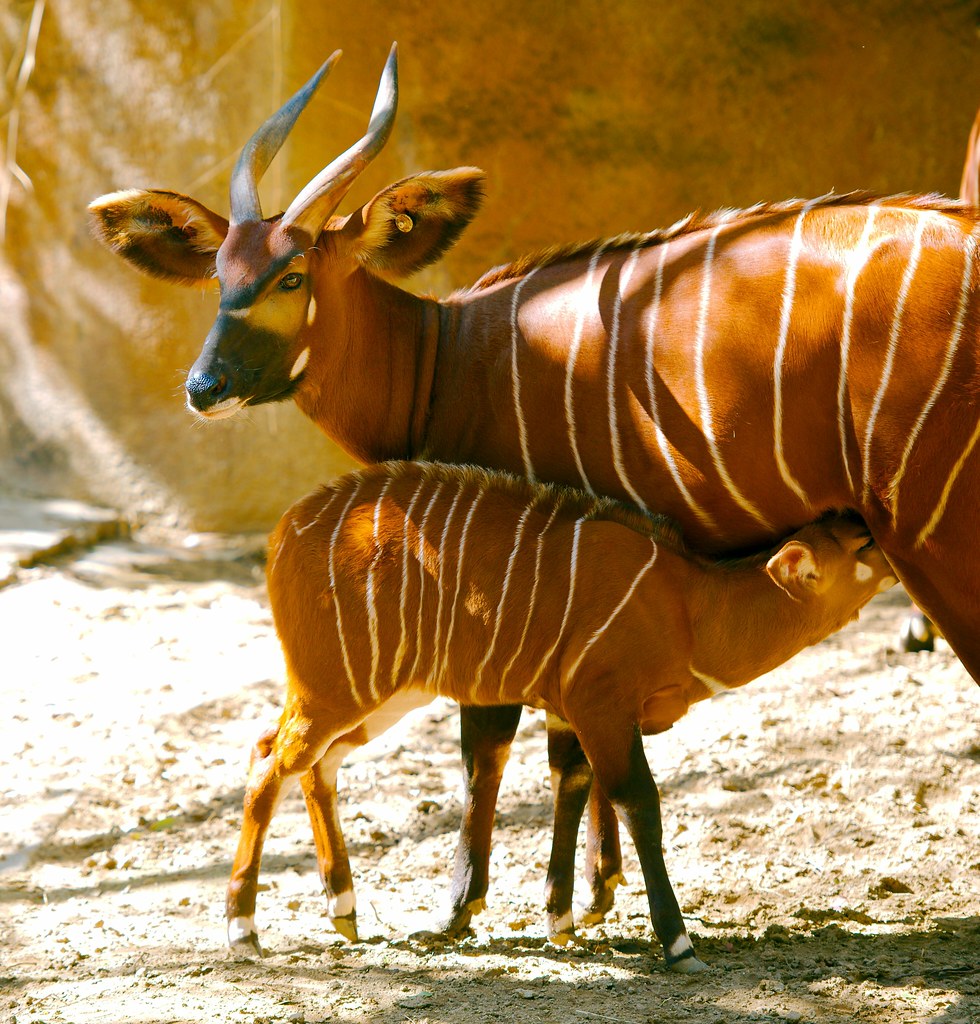 The bongo almost died out from disease in the 1890’s. More recently, growing human populations have created another threat.

As is common practice, some bongos were rescued and bred in zoos until enough time had gone by to repair the environment. Then, they were re-introduced to their native areas. Much to people’s surprise, though, they were not welcomed as having been missing. Instead, now they are being poached at a level that has not before been seen. The theory is that, when the bongos died out in the local area, the superstition against eating or touching bongo (believed to cause epilepsy) died out as well. So more bongos were eaten.

Interestingly, today, a new belief is arising to protect them. As more westerns visit the area, locals are learning that the bongos are worth more in ecotourism and trophy hunting fees than they are as food.