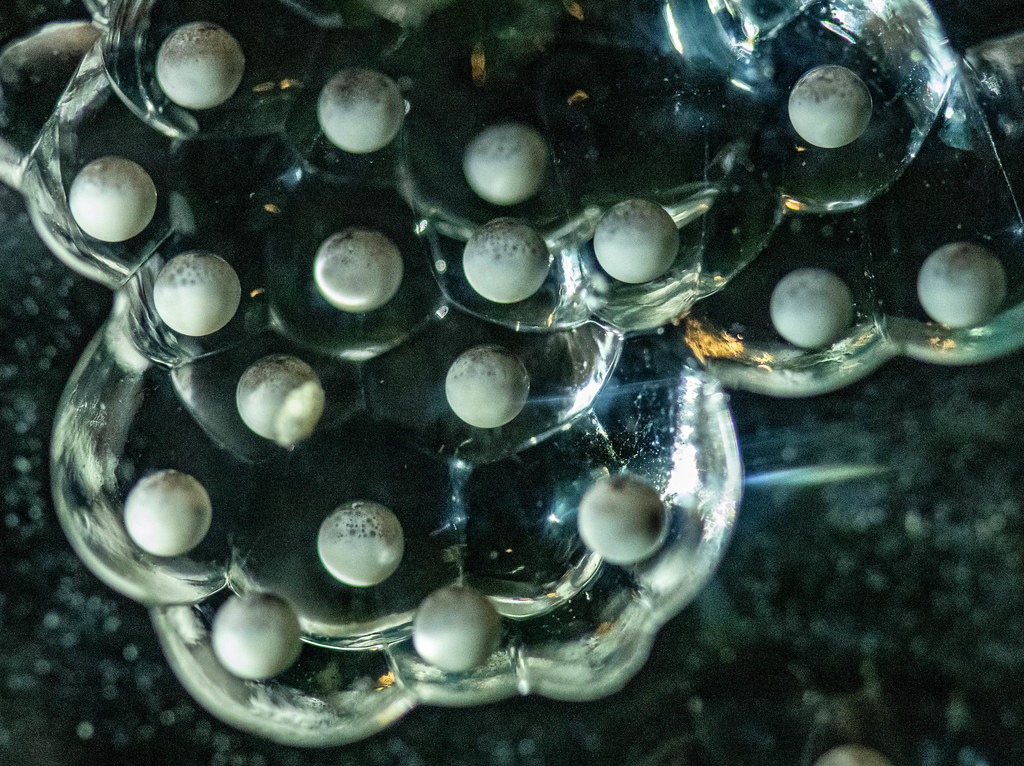 No flash was allowed in this aquarium, but flashlights work fine on eggs and I have a really hard time believing that frog eggs are sensitive to light in that way. 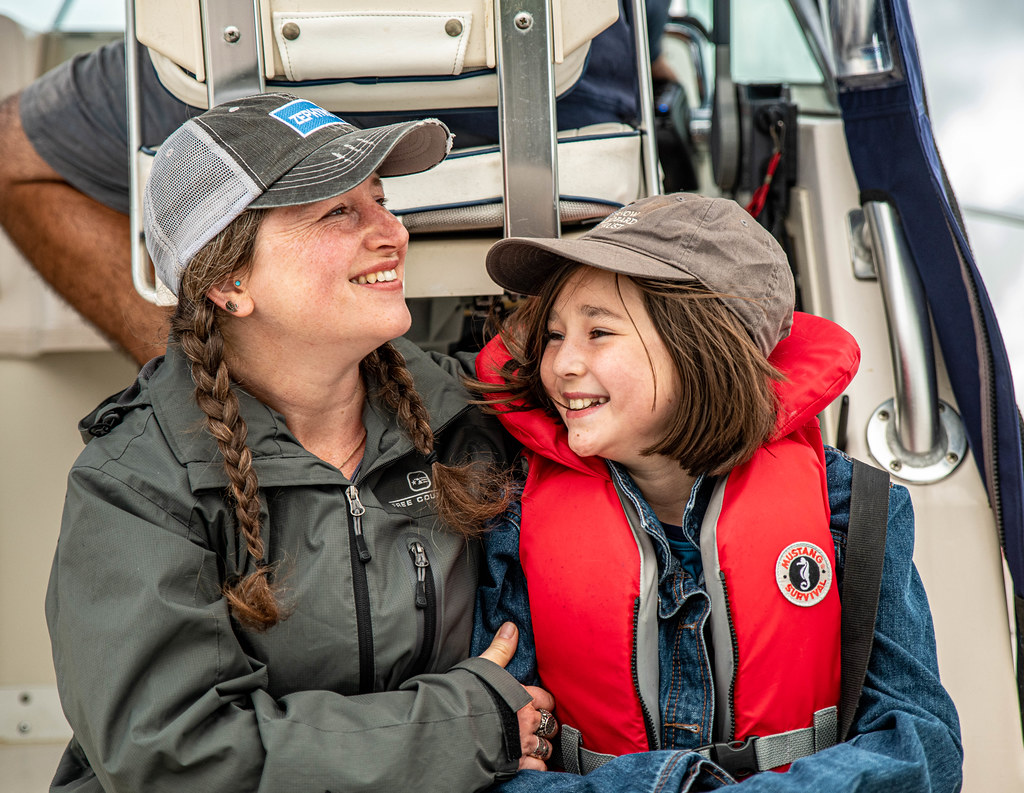 A little fish walks into a bar. The bartender asks the fish “What can I get you?”
The little fish replies (gasping) “Water! I need water!”

Two fish swim in a concrete wall.
One turns to the other and says “Dam”.

What do you call a fish who is missing an eye?
Fsh.

2 fish are in a tank, one says to the other one “I’ll drive, you can shoot the gun”

What is the easiest way to catch a fish?
Have someone throw it to you.

What do you call the soft tissue that lies between a sharks teeth?
A very slow swimmer

Where do fish keep their money?
In a river bank.

Why are fish easy to measure?
Because they bring their own scales. 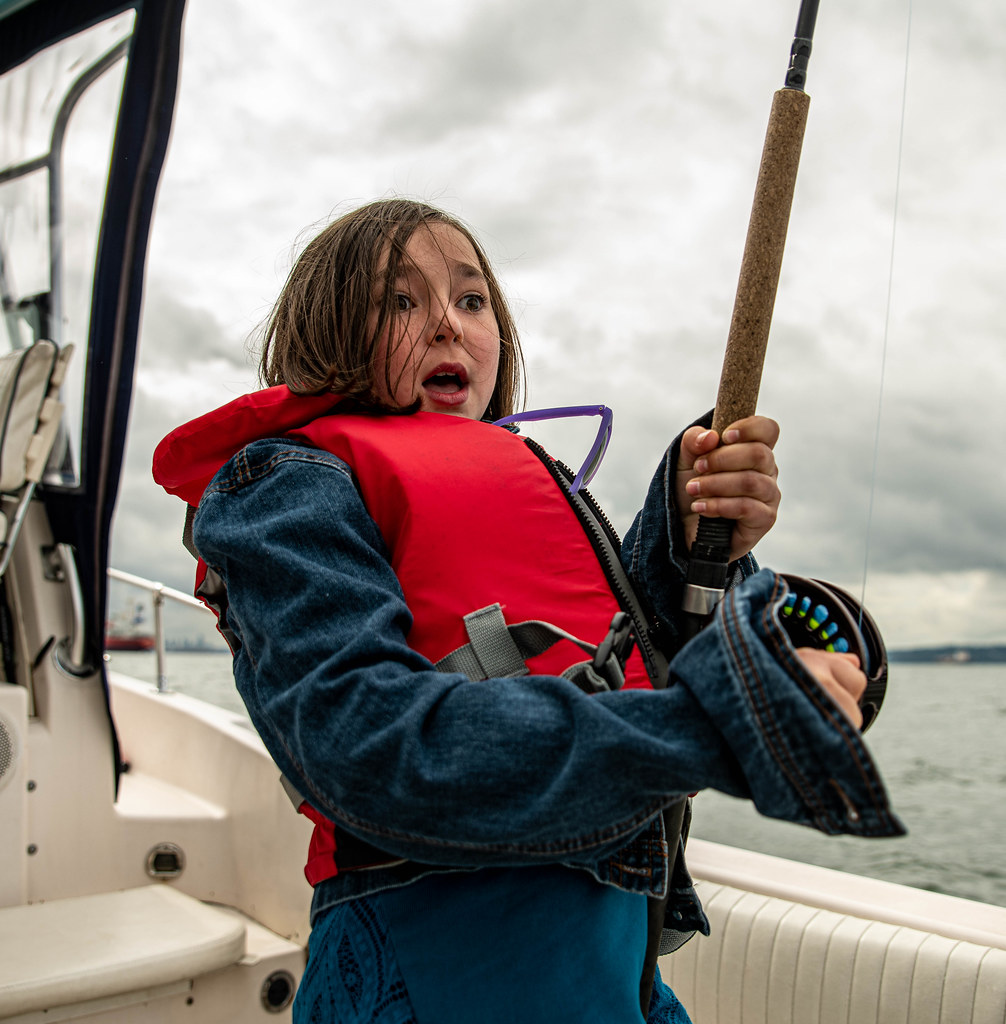 See? Fishing is exciting before you actually get the fish in the boat. 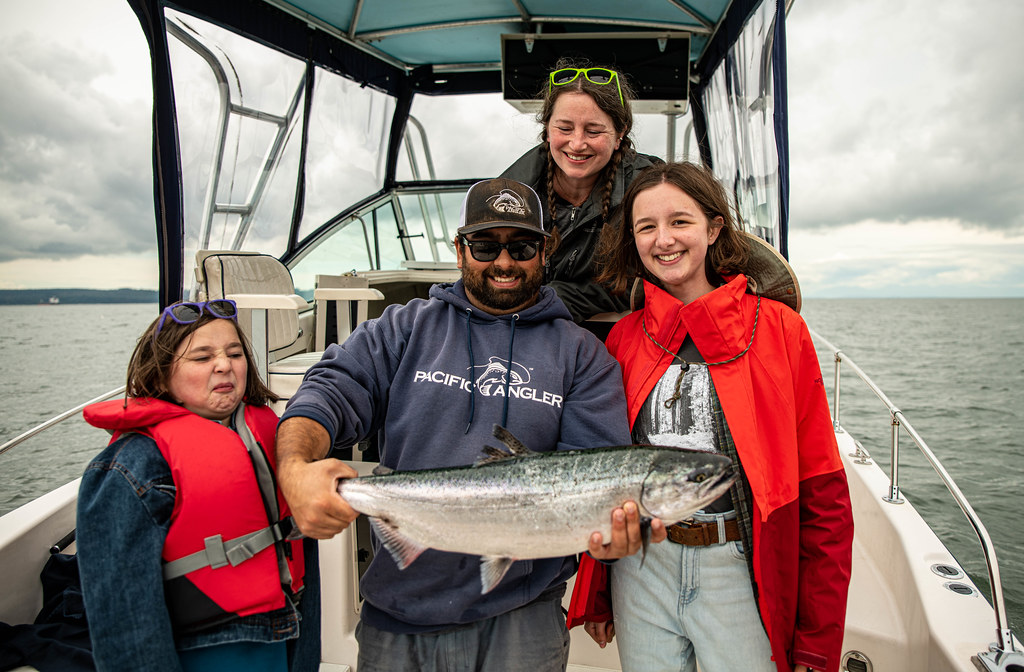 One of the salmon we were not allowed to keep.
One of our number was not as pleased at her catch as she thought she would be. 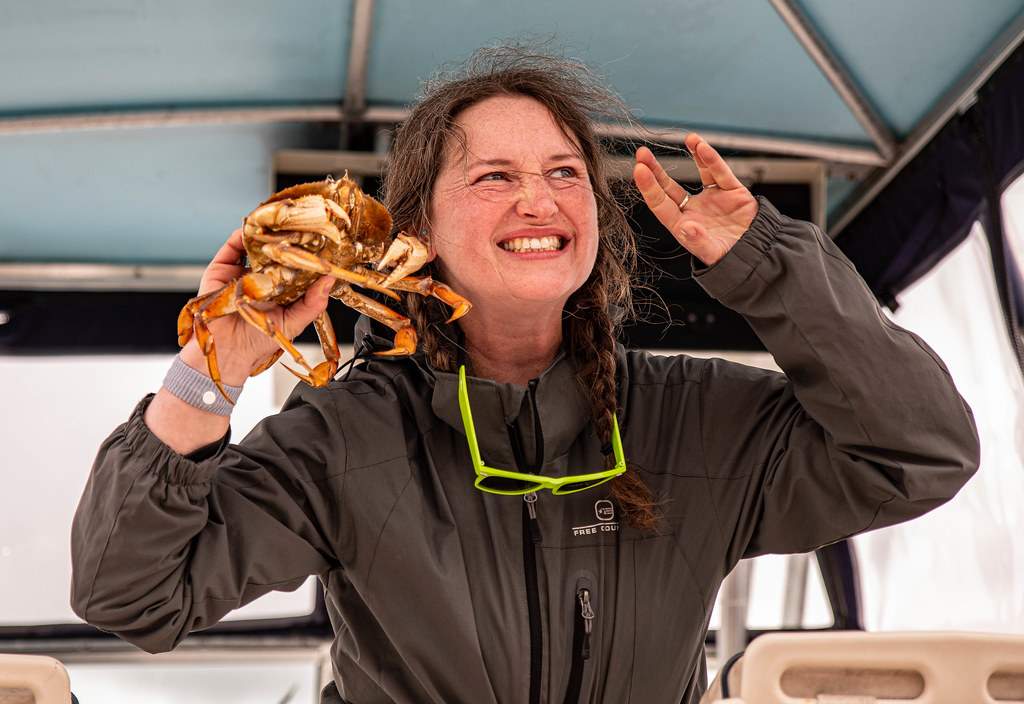 Fortunately, we were allowed to catch some things other than salmon. Unfortunately, this news was not enough to keep some of us from feeling a bit crabby.

So, the theory was that I would hire a fishing boat (and captain) and we go catch some salmon, so we could have a nice dinner (and breakfast, second breakfast, elevenses, luncheon, afternoon tea, supper …)

In practice, we caught three fish, none of which were of the right size or population for us to actually take. So we largely spent six hours looking at the cityscape and telling fish jokes.

Still, not a bad day. 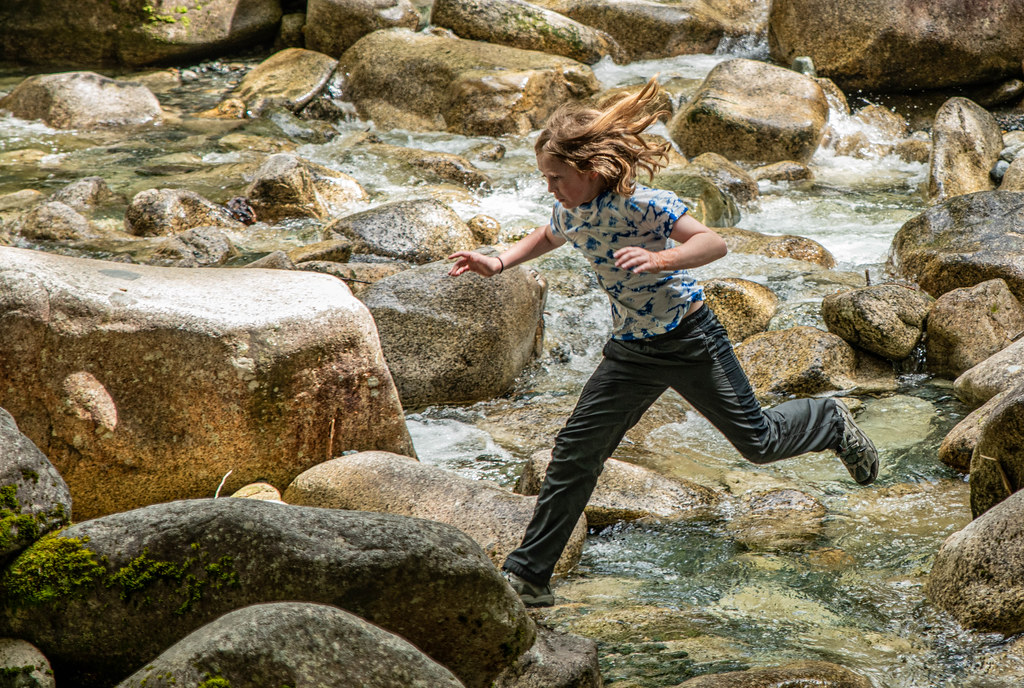 Rocks in Canada, apparently, are not slippery when wet. 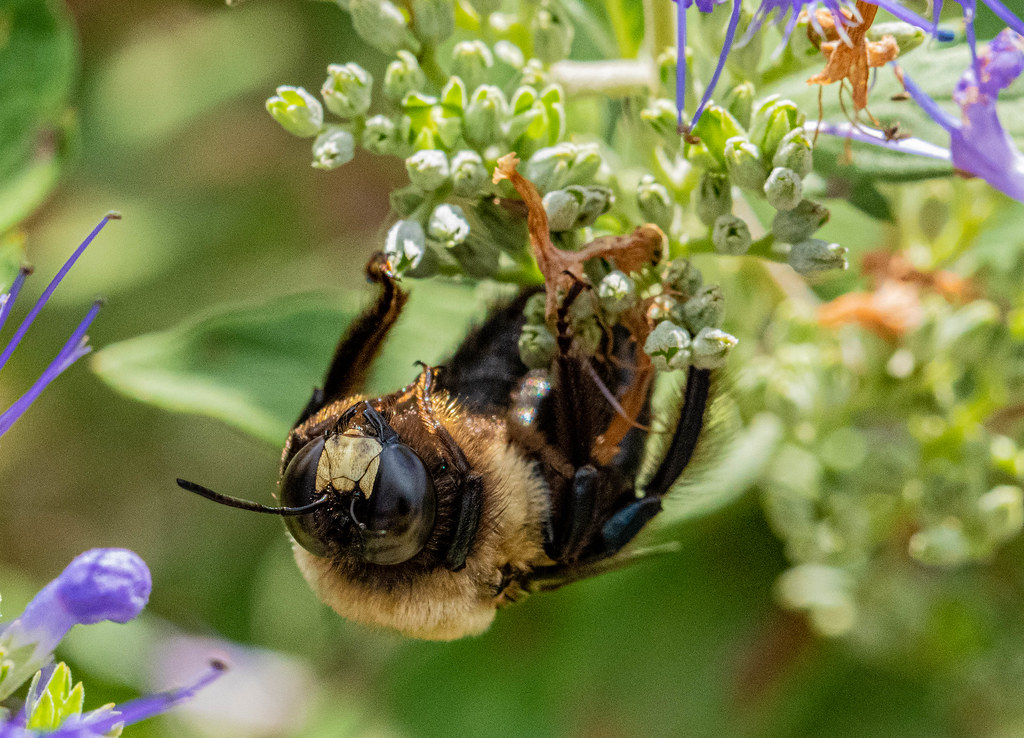 Before the pandemic hit, I had already been considering some pretty significant life changes. Several years ago, I thought I wanted to travel the world and take photographs of critically endangered species and, since I couldn’t afford to do so, I satisfied myself with going to zoos.

That started to change several years ago. I went to Nicaragua to see the hawksbill turtles, which was awesome, though the rest of Nicaragua was not. Later, I went to Africa twice – once to see the gorillas and once to see the lemurs in Madagascar. It changed further when I attempted and failed to go to Antarctica – foiled by unaddressed economic externalities in the tourism industry. After that trip, I thought that maybe I just needed some lighter travel and started planning a trip to Australia to see the outback before it dried up … then the continent caught fire, killing billions of animals.

That’s when I thought that maybe I’d spend this summer visiting some of the wild spaces closer to home … and the pandemic just closed the Minnesota border waters and it looks like a lot of countries will remain closed to me due to the disastrous pandemic response here in the U.S. – to my hoped for trip to Costa Rica is also going to be indefinitely delayed.

As I think about what the future holds, I feel like I am being pushed about 30 years forward in my life plan. There’s little point in traveling to see critically endangered species when the animals are less and less likely to even be there. A lot of zoos are not going to survive the pandemic – costs remaining fairly flat (have to feed the animals and maintain care) while income plummets to zero – so a lot of what I want to see there I’ve largely already done. More locally, natural areas are being sold off and destroyed in the name of industry – a process which seems likely to accelerate during the inevitable economic contraction during which each country “socially distances” from their global trading partners, distrusting the supply chains which were already fraying badly in the pre-pandemic times.

I feel that there is little point in traveling to distant places, increasing my own carbon footprint, just to see stark poverty, driven by the same wealth inequity that makes such travel possible, and tiny slices of once vast forests that can only be reached by traveling through wide swaths of environmental devastation, in the hopes of seeing what will likely be the last generation of a single species whose mating calls turn to painful laments.

I have about a year’s worth of photographs left to process, including Madagascar, and after that, I think I am done with that phase of my life. I still have dreams about visiting zoos and far off travel, but I have realized that what I truly want is to visit those places and take photographs as they were prior to the so-called great age of discovery – in which technology and hubris allowed rich Europeans to take great joy in learning about the world as they proceeded to methodically destroy the very things they loved. That will never happen for me.

So I write this to explain that, as I get through the current backlog, expect my photos to change. With luck, you’ll see things like this, images of what wildlife I can see as I live a smaller life, closer to home, restricted by global politics, economics, and the fact that world I want to see is pulled, ever faster, into the unreachable past – though on my darker days, I suspect that even photographs like this will become a rarity, backyard wildlife suffering the same fate as those from the former great wilderness – tenuously hanging on in small preserves as the same economic forces that drive people to protest against their own health chew up the rest of the world so the Dow can continue to rise.

I’ve already seen and photographed a lot more than many get to. Maybe it’s time to try to be content with that. 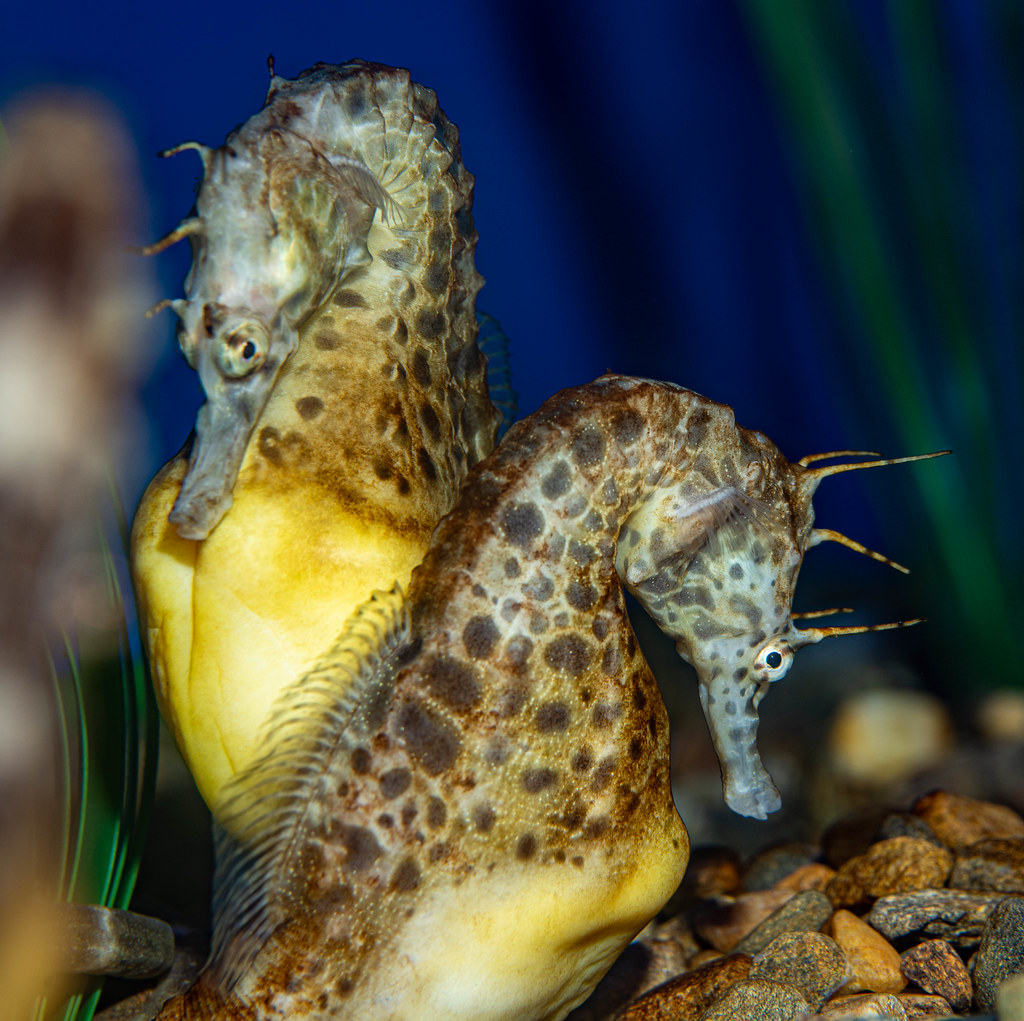 These seahorses really need to stop watching the news. 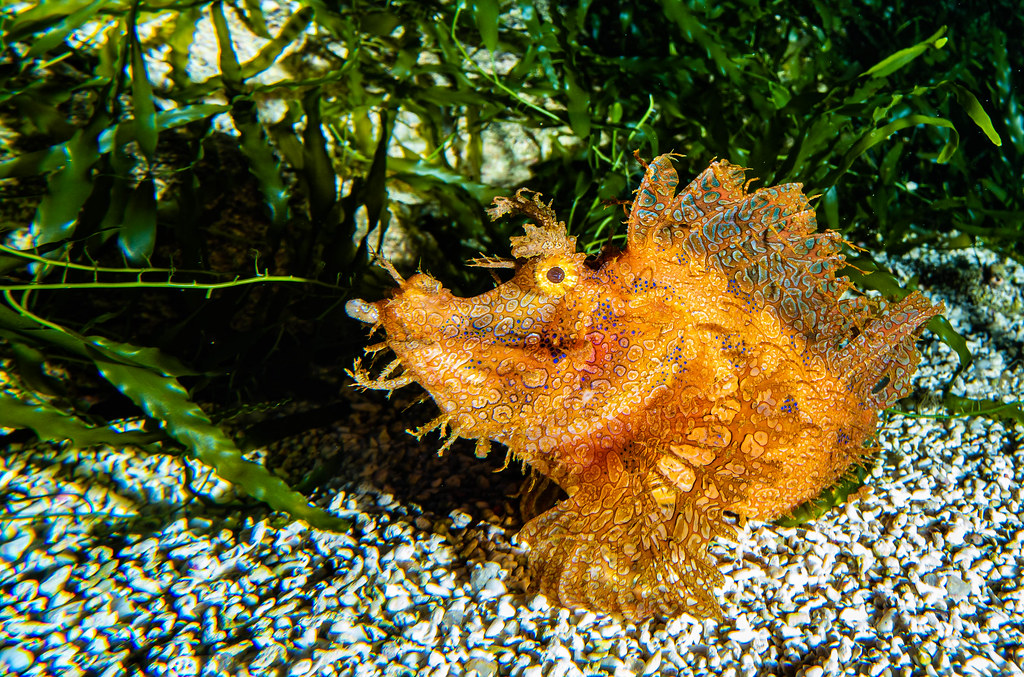 Oceana.org has a short list of interesting facts about the scorpionfish:

1. Scorpionfish have extremely potent venom in their sharp spines, making them one of the most poisonous animals in the ocean.

4. Scorpionfish blend in perfectly with their coral and rocky surroundings because of their mottled color patterns.

5. Scorpionfish are solitary and only congregate for mating.1

We are, it appears, supposed to take all these claims on faith except the last one, which references the United Nations Food and Agriculture Organization – who are apparently the world experts on fish sex. 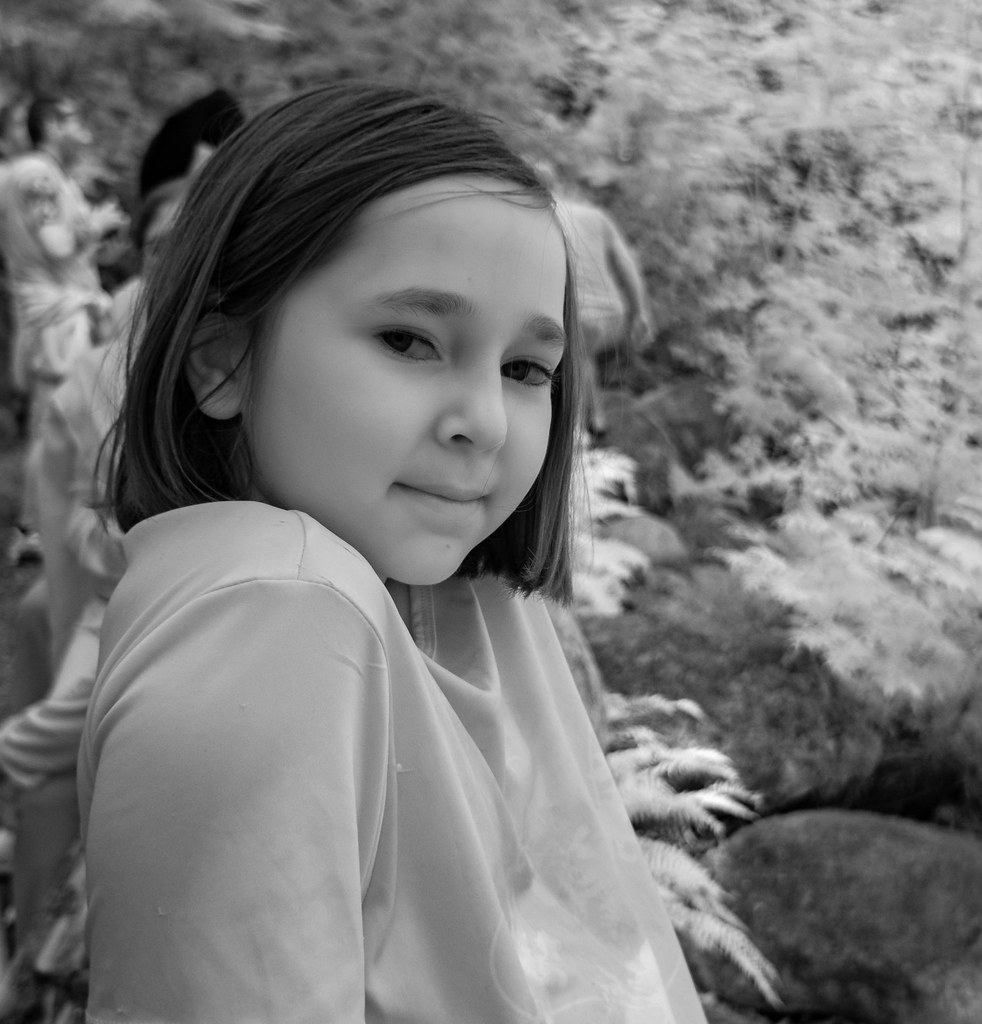 Some people like how infrared photography smooths out all the skin blemishes.

I like how it shows the demons that have take over their host bodies. 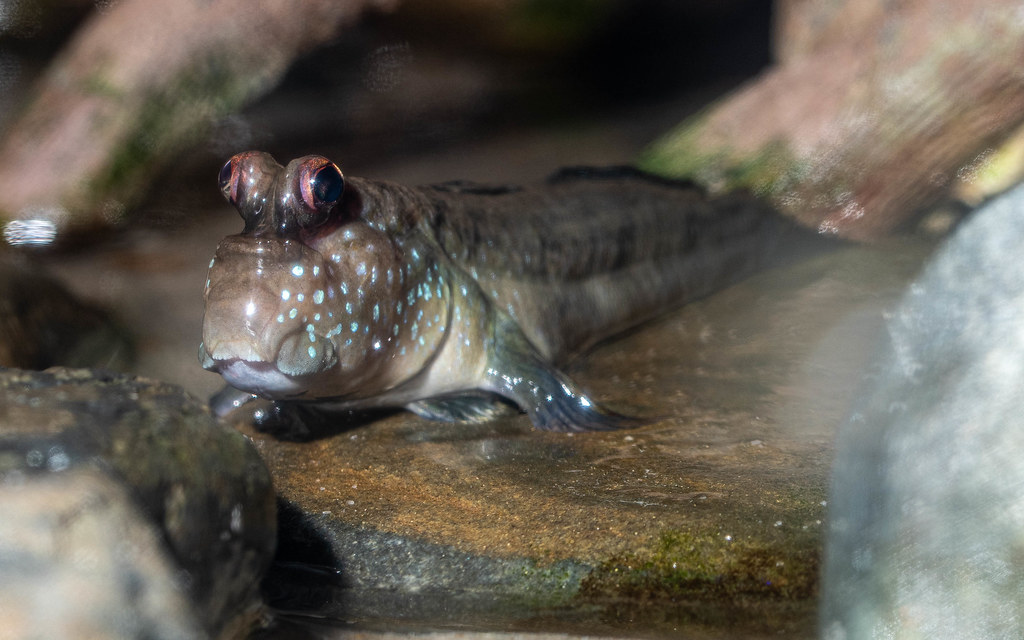 This mudskipper is not on mud – nor is it skipping. Really, it’s more of a rocksitter.

Interestingly, when you look up the official rules for rock sitting, the expression here makes perfect sense: http://rocksitters.com.au/official-rules-for-a-rock-sit-a-thon/ 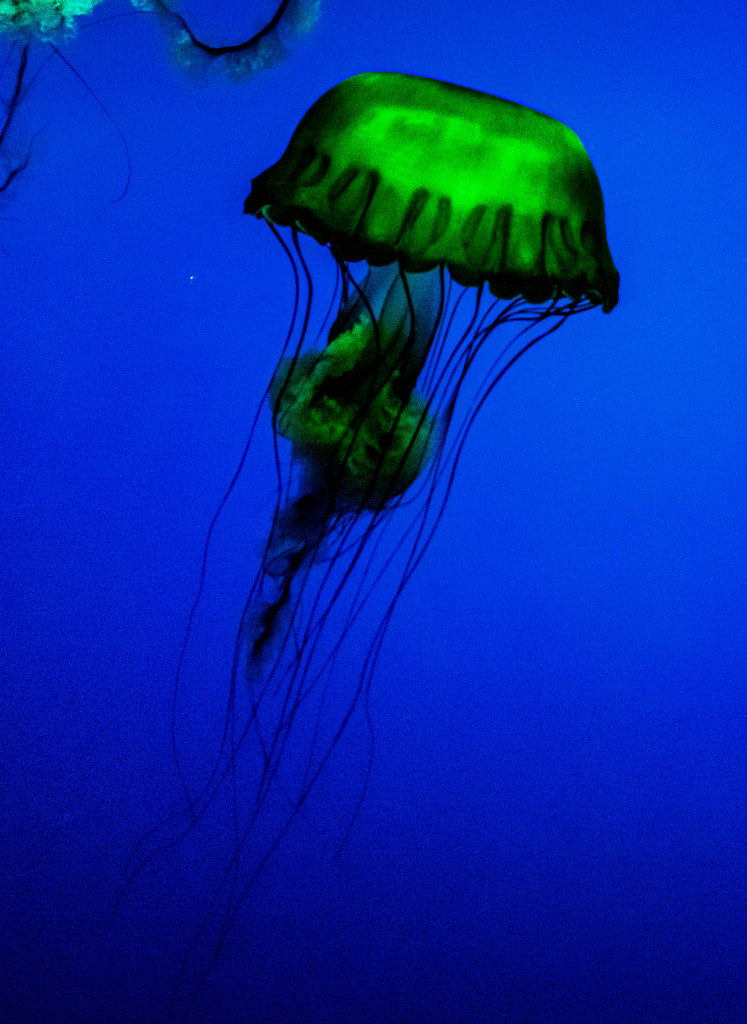 It is not uncommon, for example, for jelly exhibits to disallow flash (though, in one egregious case, the warning sign was in the middle of the section, not at either end). It makes me wonder, though, how they know that flash bothers jellies. How do they show annoyance and/or pain? 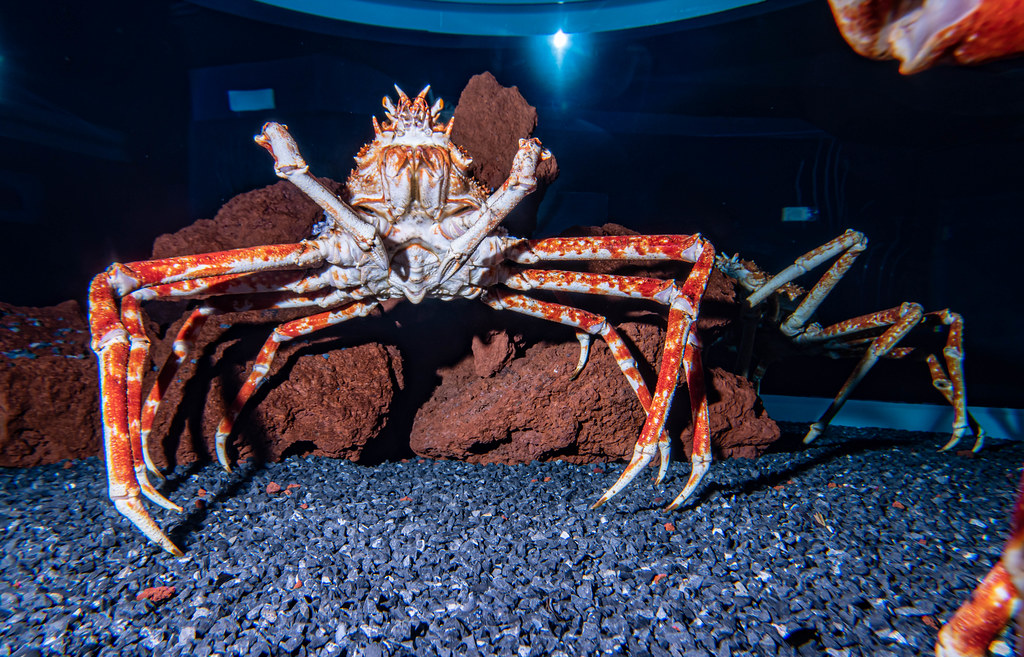 This aquarium allowed flash in some exhibits but not in others. It really makes a difference in the quality of the image, but I do wonder why each aquarium has completely different rules about what can and can not be flashed. Doesn’t seem very science-based. 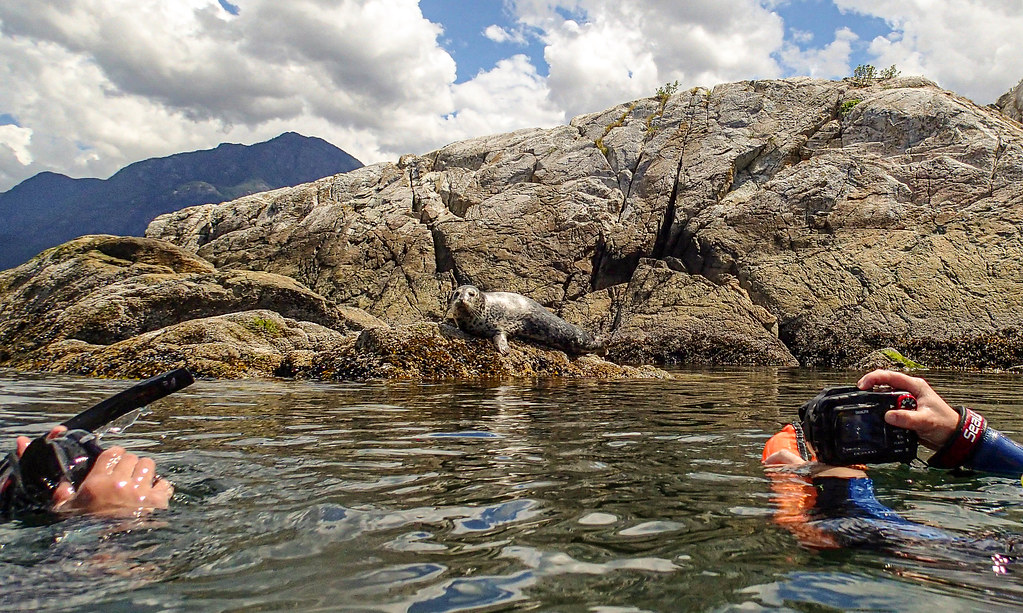 A photo of two photos of a seal, and a seal. 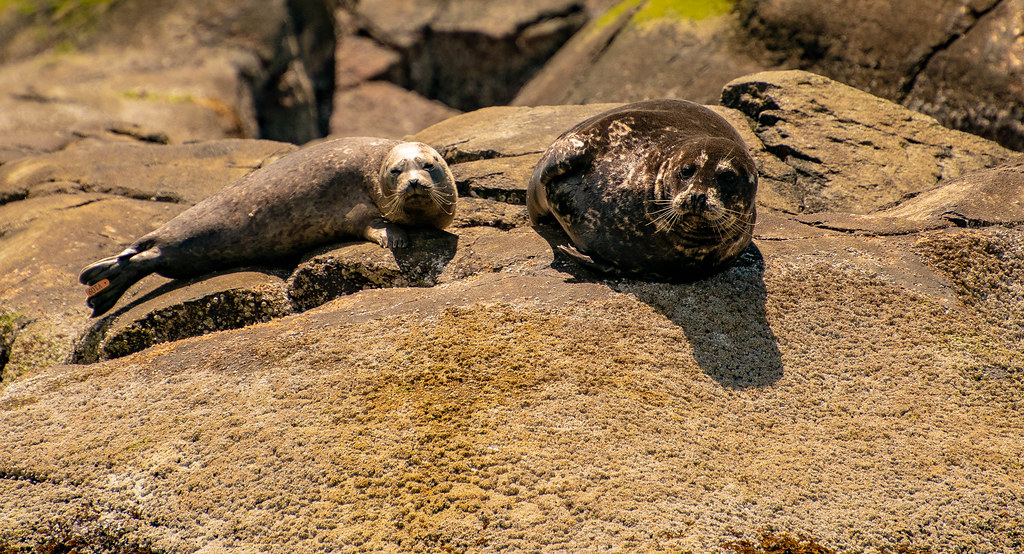 Some locals did not come to see us, and we had to visit them.

The locals exhibited some curiosity regarding the visitors.

Moments later, the giant would awaken and consume the family who arrived right after us.

This is why people pay extra to be at the front of the line. 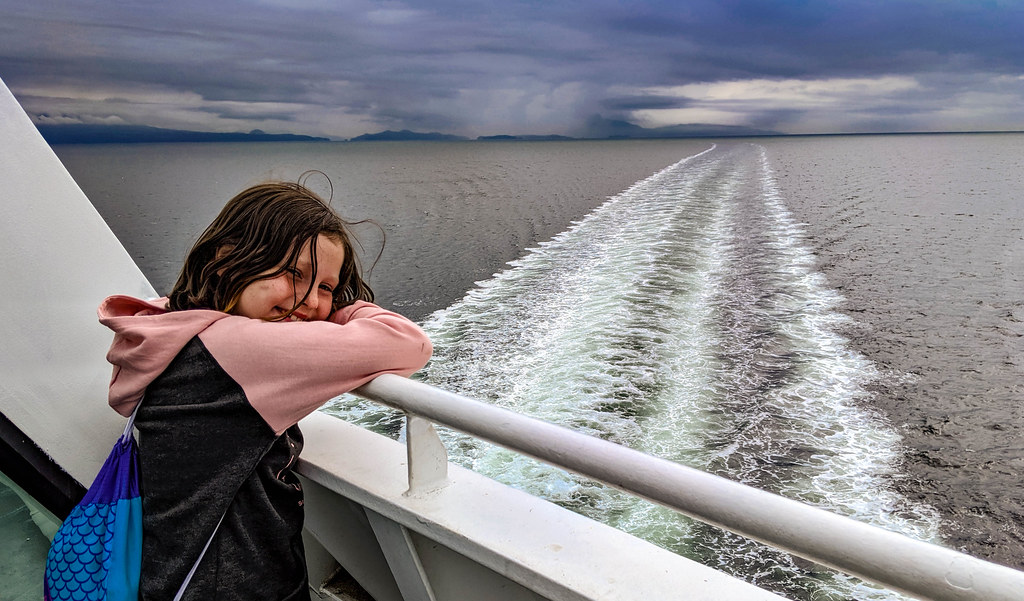 She’s smiling because she just defeated the sea monster who was going to eat the ship.