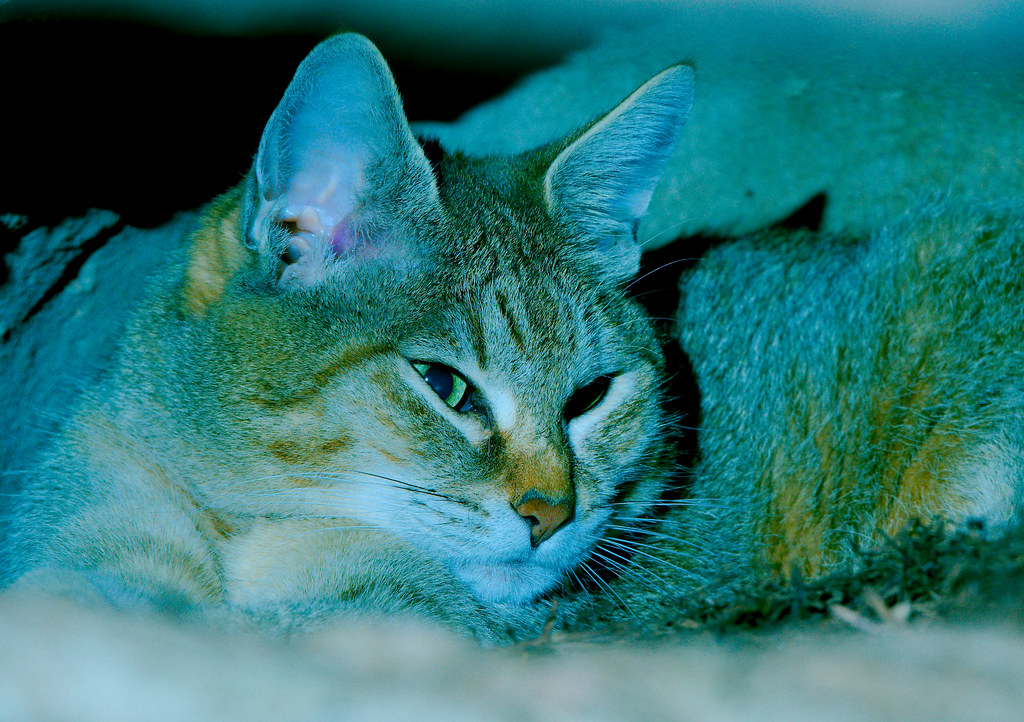 Surprisingly, with all the zoos I’ve visited, this is the first African Wildcat I’ve seen. This is an interesting side effect of zoos working to save critically endangered species. The wildcat is rated “Least Concern”, so no one is working to actively breed it. I don’t know if this specific animal as a rescue, but if you want to see exotic non-rare species, rescue centers or zoos that work with law enforcement (working against the illegal pet trade) is the way to do it.

When you travel to different zoos, you really start to see many of the same species … those that are endangered but that can also probably be bred. The critically endangered animals that *might* be able to be bred are usually in breeding centers away from the public. Sadly, the critically endangered animals that cannot be bred, for whatever reason, are largely left to their own devices within a rapidly shrinking and worsening habitat.