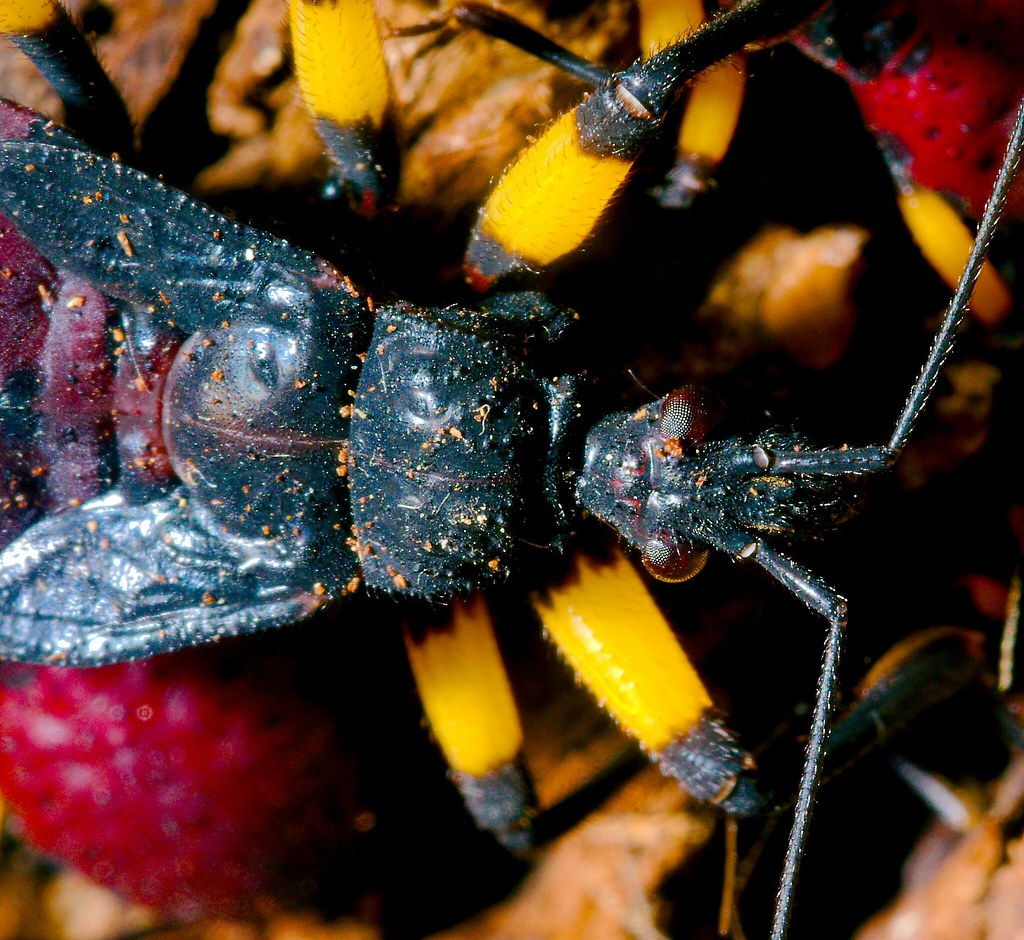 Wikipedia is not helpful in explaining why this bug is called an assassin bug. It does not describe the guild to which these bugs must belong. It neither tells you how to take out a contract on someone nor how to talk your way out of it should an assassin bug contract be taken out on you. There is no mention of the poisons or blades that might be used. No, instead, Wikipedia has this to say:

“Though spectacular exceptions are known, most members of the family are fairly easily recognizable; they have a relatively narrow neck, sturdy build, and formidable curved proboscis.”