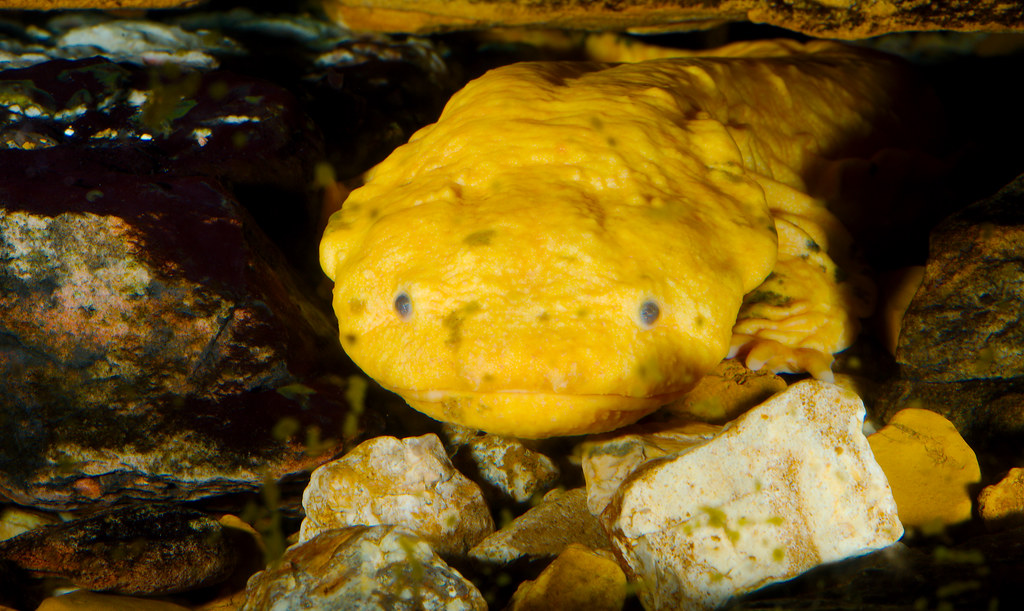 Every year, I run a little contest based on the WWF Adoption Guide and let people cast a vote (or a poem) for which animal gets to come home and live with me. One that is perpetually on the list is the Hellbender Salamander. Until that happened, I had no idea that these things existed. It was years after that that I finally saw my first one.

They’re interesting, not in the least, because they have numerous other interesting names, such as “snot otter”, “Allegheny alligator”, and “leverian water newt”. I mean, seriously, in what world is “hellbender salamander” the most innocuous choice for a name. Oh, and they’re all dying out because that’s the sort of things amphibians are doing these days. Sure would be nice if we could stop that from happening.

As mentioned earlier, the rarest animals are rare even in zoos. I visited several zoos that had them before I finally found one that not only had one on display, but also had clean water and a display that I could shoot through. So, I was finally able to see one. Perhaps it would have been easier to find them earlier if I had known that they look like someone took a salamander skin and stuffed it with random pebbles.

I’m also puzzled at its being yellow, as that’s not the colour they are in Google images, but hey, I’ll take what I can get.