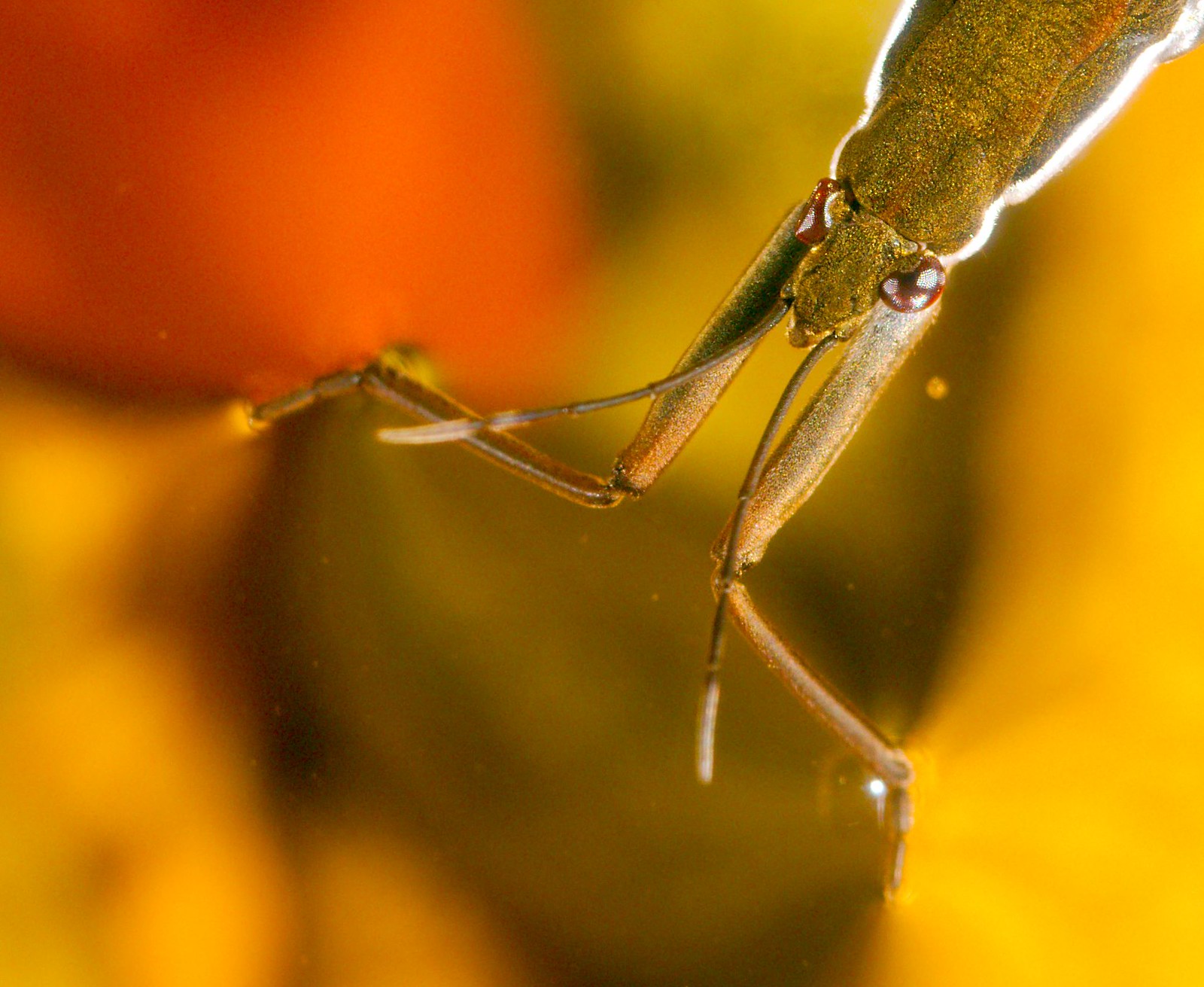 If you zoom in on this photo, you’ll see that strider’s right eye is malformed. I do not know if it got crushed somehow or (more likely) if something went wrong when it was growing.

Given what I know of insect brains and how they handle image reconstitution, though, this may not actually be a drawback to how they interpret the world. The operating theory seems to be that each eye facet sends an image section to the brain, which folds them all together into a single concept of the world around them. Unlike our eyes, which have focusing mechanisms, each facet in an insect eye consists of a fixed lens (like a GoPro) connected to a single sensor cell (not like a GoPro), so it is quite possible that the insect’s brain can reconstruct a mental image of their surroundings just fine with eyes that aren’t spherical. They likely have some blind spots on the right, but it’s probably more like cataracts than total vision loss.