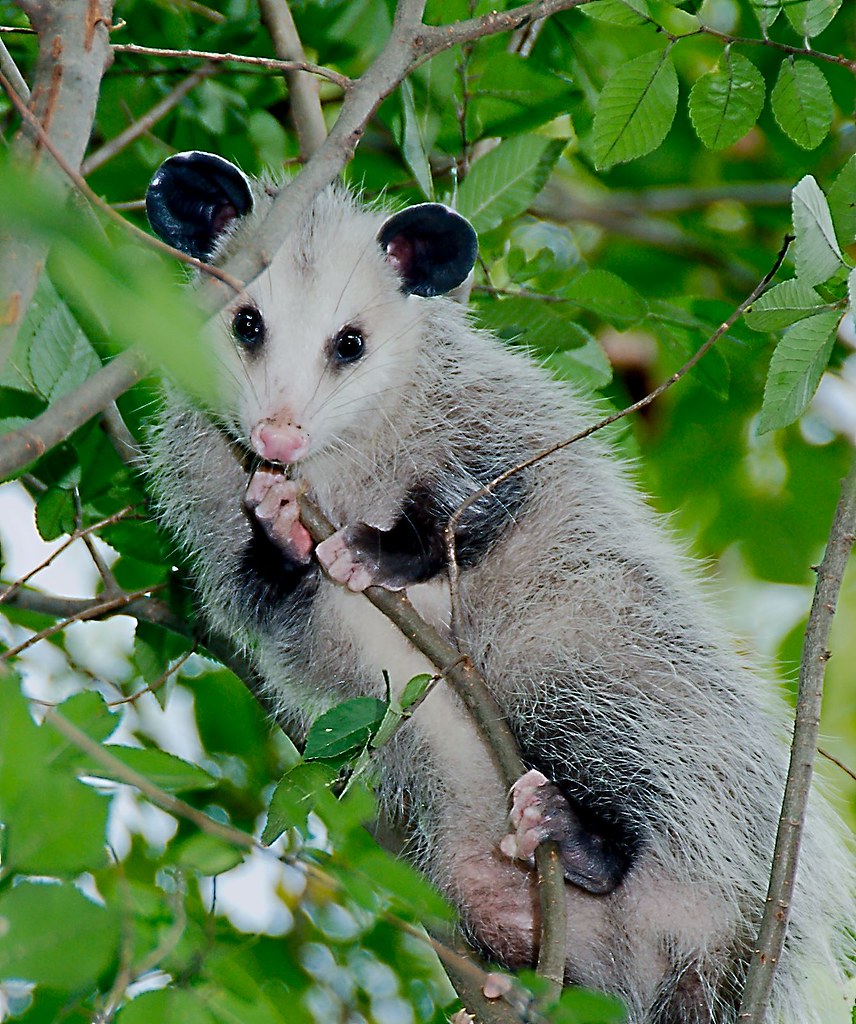 It was senior day at the zoo, by which I mean, the seniors from the local high school were forced to go to the zoo for their Biology class. As I was taking this photo, three young men walked up. Two of them were white, one was African American. They were all dressed in what suburban people call “urban”, but what I am led to believe that urban people call “clothes”. Their pants were loose, they had over-sized sneakers, and everything was fairly worn. They didn’t seem to want to be there.

One of them saw this critter in the tree and looked at the sign. He pointed, and said to his friends “That ain’t a red panda.” Another said “No, it ain’t.” Then the African American guy looked at it and at his friends and said “I believe that is an opossum.”

Then, as his friends stared at him, he said. “Well excuse me for speaking English!” Then they laughed and walked away together.

And that is why you shouldn’t pre-judge people.