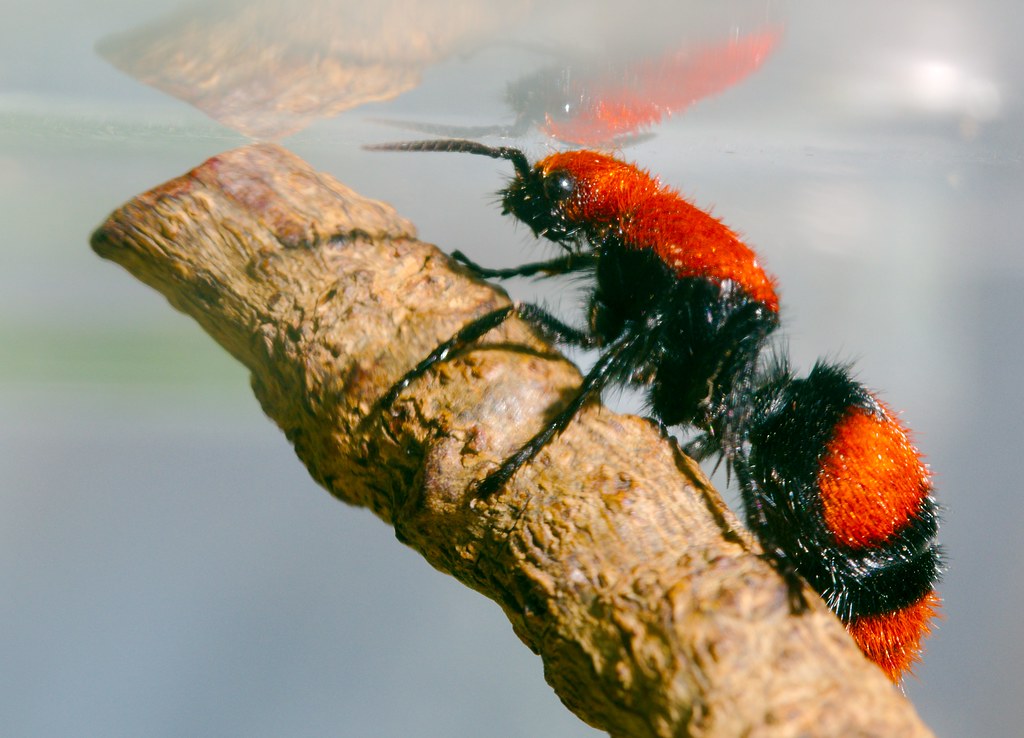 This is not an ant. It’s actually a type of wingless wasp.

A wasp, of course, is any insect of the suborder Apocrita that is neither a bee nor an ant.

The suborder Apocrita is made of all insects in the Hymenoptera that have a narrow “waist” (or petiole) formed between the first two segments of the actual abdomen.

This is where it gets fun …

A petiole is sometimes called a pedicel, which is also used for the second segment of an insect’s antennae, which can be confusing. So you’d think most entomologists would use “petiole”, but that gets confusing because that work can also mean the stalk at the base of the nests of paper wasps *and* the situation where a normally four-sided cell in the wing of an insect has only three.

Botanically, a fruit is the seed bearing structure in angiosperms that is formed from the ovary. Figs are false fruits, being formed from an inverted inflorescence that, when pollinated, grows into an infructescence. How does this get pollinated, I hear you ask? With wasps!

The fig’s inflorescence is inverted, so the only way they can get pollinated is with wasps that have evolved to match specific fig species. One wasp crawls into each flower, lays its eggs, and dies. The eggs hatch, and the little wasps chew their way out of the fig flower, leaving their mother’s body behind. Now, normally, people get grossed out at this point, as every fig they eat actually contains several wasps … but that’s not the cool part.

Because a fig is a cluster of little false fruits, each false fruit being connected to its infructescence with a pedicel *and* each one containing a wasp, which is distinguished from other insects of Hymenoptera because it has a pedicel, that means that figs, unlike all the other infructescences out there, has twice as many pedicels as you’d expect!

(This is what happens when a photographer who is both a word geek and bio geek isn’t quite tired enough to go to bed yet.)