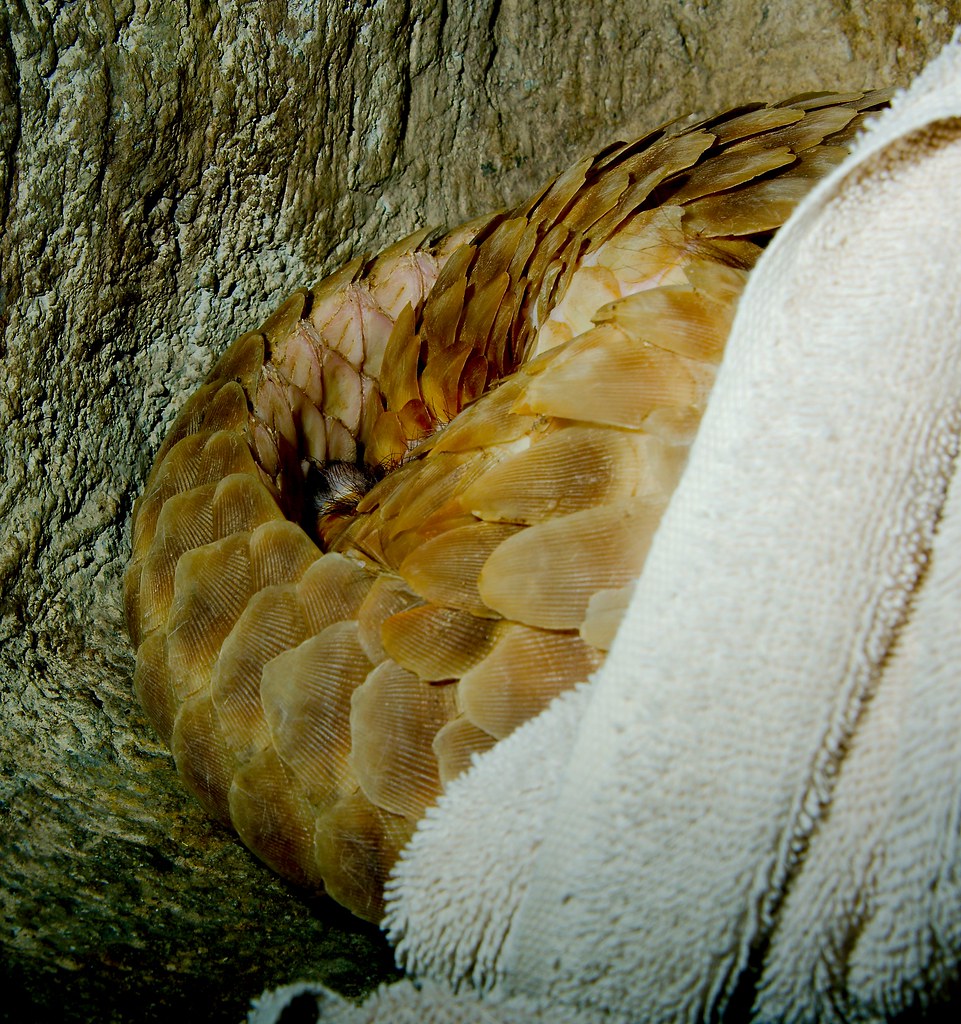 The pangolin is one of the very few animals that I deeply, yet have (almost) never seen. They are, basically, a walking security metaphor. They are predators, but not apex predators, so they must also engage in defense. They are covered in scales that protect them when they curl into a ball. The edges of the scales, though, are razor sharp and basically fight back against the attacker. They’re not the most impressive, but they are extremely well adapted to their environment.

They did not, however, evolve to not be yummy.

This is the best view I’ve ever had of a living one. If I travel to Asia or Africa, I can probably get a better one. In but one human lifetime, even that will likely not be possible.