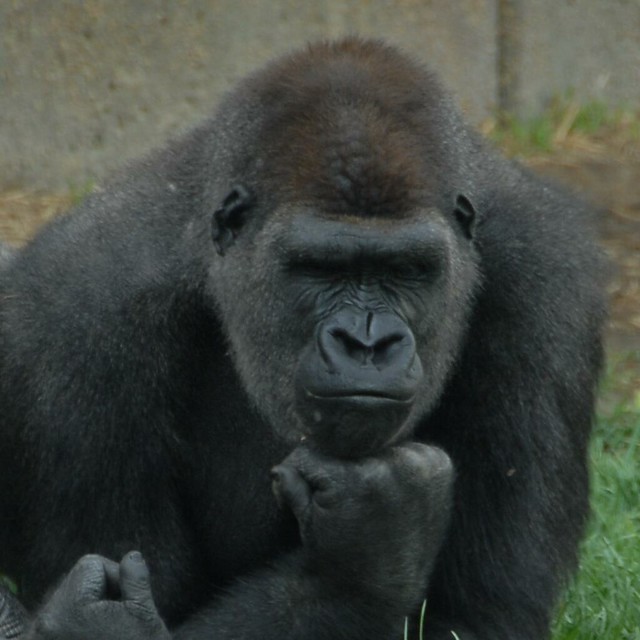 Most of you reading this know me personally or through the animal/zoo/conservation world. I seldom talk about my day job here, because this is sort of a break from that. However, for most waking hours out of each day, I do business security work. I am, in fact, working on a few books on the overlap of the conservation and information security worlds, though they are quite a long way from being ready. However, with the recent news coming from Cincinnati, I have to make a few observations in this, part one of a two part post.

I will attempt to not re-hash what you already know about the incident, so if you don’t know what I’m talking about, here is a very quick summary:

Because people are always looking for ways to improve their own lives and the overall state of the world, it’s not surprising that there was so much armchair quarterbacking going on after the zoo incident. In general, the problems people are discussing seem to break down as follows:

Bad parenting – This position states that the mother was fundamentally at fault because she lost control of her child. I think it’s hard to make the argument that anyone is a bad parent from a single dramatic incident unless the parent actively harmed their child. Anyone can have a bad day. Everyone who has had a child or even been responsible for one for a short period of time knows what it’s like to get distracted for a second only to find that the kid vanished in that moment. It happens millions of times each day. This one case just happened to involve a gorilla. I am more inclined towards sympathy than blame here.

Bad exhibit design – The exhibit was designed 40 years ago and completed in 1978. Since then, there have been a few similar incidents in other zoos. In 1986 at the Durrell Wildlife Park, a young child fell into their gorilla enclosure (built in 1959) and in 1996 the same thing happened at the Tropic World (built in 1982) exhibit at Brookfield Zoo in Chicago. In those two incidents, the gorilla who discovered the child protected the child from the others. However, one of the discovering gorillas was the dominant male and didn’t need to gain status and the other was a mother who was already engaged in the normal behavior of protecting her own child from other gorillas.

Additionally, according to my zoo feeds, in the same week that the young child bypassed the barriers and got into the gorilla enclosure, two lions had to be killed when a suicidal adult jumped into the Santiago Metropolitan Zoo and two drunk men were bitten by bears when they broke into the Roosevelt Park Zoo. If you follow zoo news, you see that people bypassing barriers isn’t nearly as rare as you’d think. Most zoos build multiple barriers. In this case, there were fences, bushes, and a moat … as well as a big dangerous animal inside. Most humans recognize those as “stay away” signals.

I think it’s fair to say that after three such events in similarly-designed exhibits, there might be a flaw. However, any security system – in this case the specific system in place at the Cincinnati Zoo – that can run 40 years with only one incident has done most things right. A well designed exhibit allows people to appreciate the animals while also keeping the people and animals apart. There should be physical barriers, visual warnings, and systems designed to activate if the passive barriers fail. While I have some thoughts on how this could be improved, speaking as a security professional, I can say that no valid recommendations can be made without proper inspection and modeling and that immediate reflexive responses, as we saw after 9/11, are often both ineffective and consume resources that could be spent on better approaches.

Bad response by zookeepers – Many people have suggested that the zoo should have lured the gorilla off exhibit and/or used tranquilizers rather than just shooting him. These people clearly have little understanding of how tranquilizers work and how animals who have been tranquilized behave. Gorillas are primates and tranquilizers are drugs. Humans are also primates who have a lot of experience with drugs. Gorillas like fruit and so do humans. So here’s an experiment you can run to see how well such an approach would have worked.

On a Friday or Saturday evening, go to a bar where male humans put on displays to gain status and offer them a handful of blueberries in exchange for their status symbol, be it a car, fancy necklace, or smartphone. See how they respond. Then, as they consume alcohol (a depressant, like tranquilizers) see if they are more or less inclined to accept your offer. Now imagine that they are 800 pounds, ten times as strong as humans, and that the object is a small three year old child.

The truth is that zookeepers train for this. I was fortunate to observe one such training just last year. Every keeper is trained in both mixing and firing the darts. Darts must be mixed live because the tranquilizer mix must be dosed for the specific animal and doesn’t have a very long shelf life. Just keeping the drugs on hand and not used is a very significant expense, but one that all accredited zoos incur because they understand the importance of tranquilizers in a human/animal encounter. They know the weights of all their animals and practice mixing and firing the darts on a regular basis.

Sadly, all zoos also have shotguns and/or rifles and an emergency plan because tranquilizers aren’t perfect and animals don’t always do what they’re told. No one wants to kill an endangered animal that they, maybe personally, have raised for years, but they recognize the necessity. Like farmers, zookeepers live day-in and day-out with animals and they know that part of life is death. They are professionals and like other professionals who deal with life and death – police, surgeons, soldiers – we have the right to respectively question their actions in the aftermath. But is the height of arrogance to think that we would be able to make a better decision were we in their shoes.

Bad response by zoo visitors – Gorillas and humans are both primates. As humans crowded around the enclosure, the gorilla gained an audience and, with an audience and the child to use as a status object, the attention made his behavior worse. If you read the reports of primate experts weighing in on the issue, they all seem to be in agreement with this interpretation. The best thing for people to do to defuse the situation would have been to leave, so the keepers could work with the gorilla. This is, however, a very hard thing for people to do. When enough people get together, the crowd gains a mind of its own and it takes a very strong leader to take control over it.

All we can do here is to recognize that we behave this way and regret that no strong leader was there to get the people to all leave so the keepers could contain the situation.

Bad response by the Internet, animals aren’t people – There is a prevailing attitude among people that people are better than animals. It’s what keeps our species alive. We all have this to varying degrees. At the far end of the spectrum is that classic Western view of Genesis 1:28-31 where animals are specifically given to humanity to use as we see fit. As the other end is the Jain Dharma, in which all other living things should be harmed as little as possible. In the middle are various ways that humans can interact with animals, whether we eat them, pet them, ride them, love them, or hate them.
The relationship is a very complex one and, when analyzed, most people seem to land somewhere between “I see nothing wrong with eating all the animals I’ve grown up eating but leave my pet alone” and “I am trying to minimize meat in my diet and I love my cat”, with a few at either end claiming pride as carnivores or vegans.

However, the reality is that all ethics aside, politically the zoo had no choice but to kill the gorilla. Even if the belief system of an individual places a gorilla above a human in some subjective scale, the ramifications to the zoo as an institution and to the zookeepers as individuals are so much higher were they to make a decision that killed a kid that when it comes down to gorilla vs. human, human has to win every time. Success lies in crafting the environment such that that decision just doesn’t have to be made.

Bad bad bad … keeping animals in zoos is inherently wrong – As happens every time, the anti-captivity movement jumped all over this incident in an attempt to push their agenda. Various articles and opinion pieces have been published that claim that all captivity is wrong and that this is yet another example of why all zoos should be closed. In some ways, this is much along the same line as the vegan belief that humans should not eat animals, and that we must respect them. As someone who is very sympathetic to this view and lays much closer to the “animals and humans are the same” side of the spectrum, I am still baffled that this movement even exists.

Yes, life for an animal in even the best zoo is not going to be as pleasant as the idealized life in the forest, field, or sea. However, we don’t have idealized forests, fields, or seas. We have forests that have been stripped of all trees and re-planted as monocultures that can support maybe a tenth of the animals they once did. We have fields that have been turned into parking lots, cities, and cropland. We have seas that are becoming so full of plastic that whales are starving to death with full stomachs. How can anyone can legitimately say that zoos should be closed down and all the animals let free into habitats that no longer exist and not be actively involved in preserving or recreating those habitats?

It’s easier to criticize than it is to fix things.

Tomorrow I will review the same issue from a strategic direction.