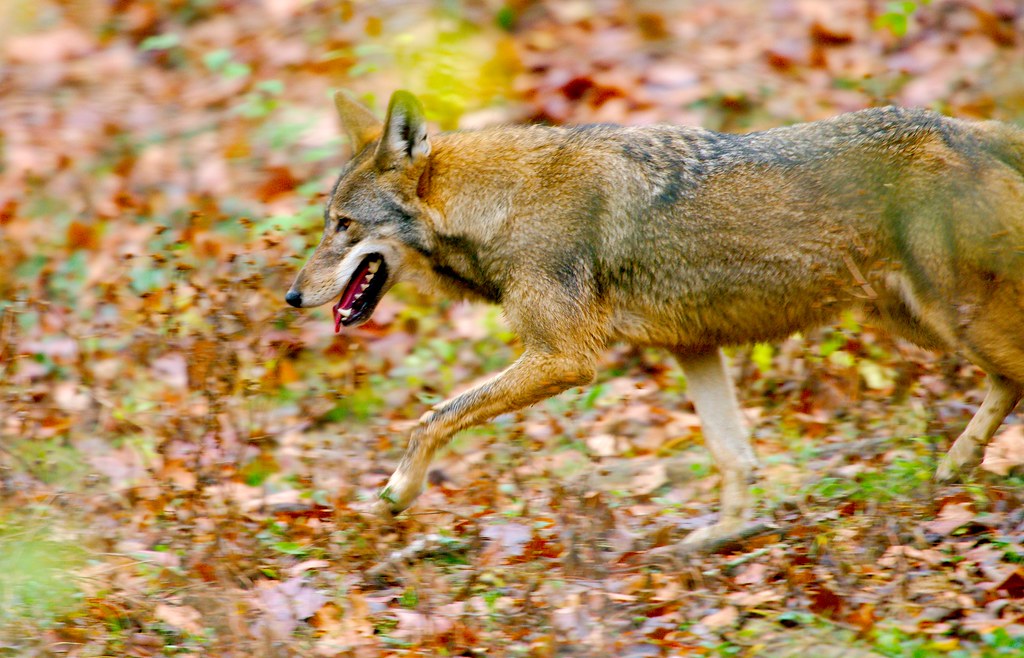 The red wolf went extinct in the wild in the 1980’s, when their range had dwindled from covering all of the east coast, going as far west as Texas, to a mere 100 animals in Louisiana. They were captured and bred in captivity to create enough of them to re-release into the wild. This was somewhat successful … until a few years ago when coyote hunting was allowed once again. It turns out that people who hunt coyotes in a region where red wolves haven’t existed for thirty years never stop to think “hey, maybe that’s a re-introduced red wolf and not a coyote”, and their population declines once more.

Today, wild populations are declining once again and some sites are having difficulties breeding them in captivity. Some estimates are that the red wolf will be re-extinct in the wild by 2020, with extinction in captivity following not long after that.