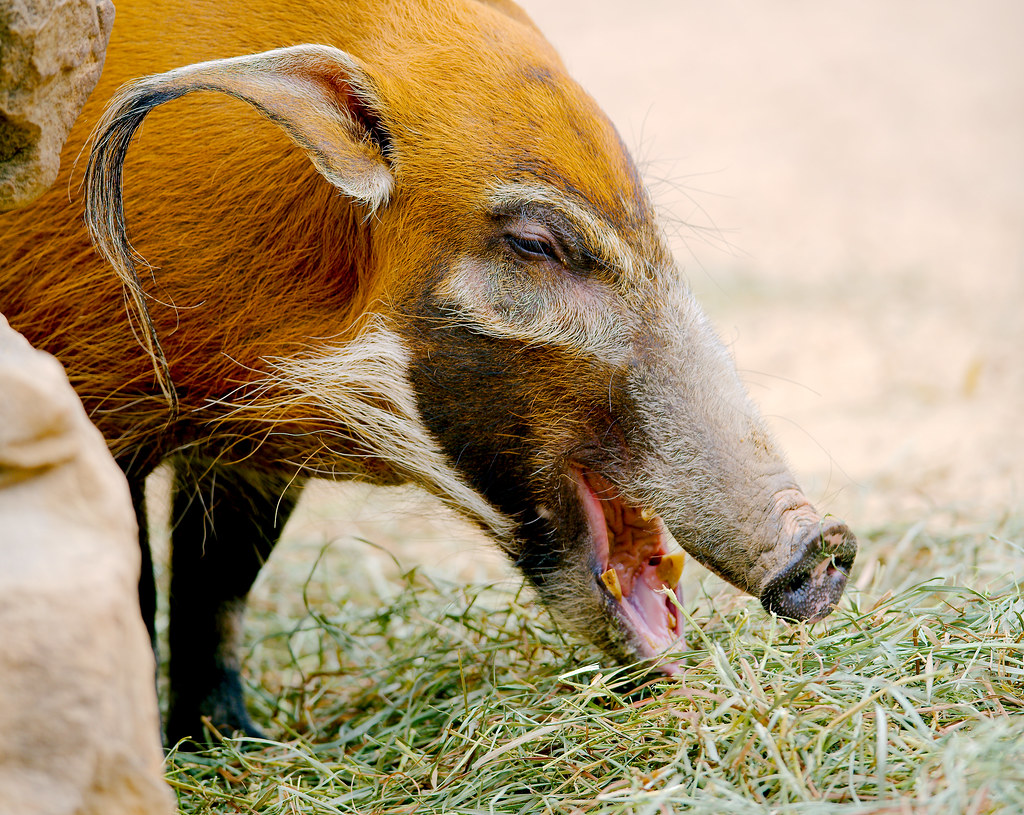 The red river hog is actually a red hog that likes rivers in Africa. It does not actually live on the Red River. Not that there’s one Red River. There are actually two, one up North near me and one way down South. Judging from Google Earth, neither of these rivers is actually red. Just in case the colours changed due to the pollution reduction efforts of the EPA, I checked the oldest photos I could, but apparently back then the rivers were sorta black and grey.