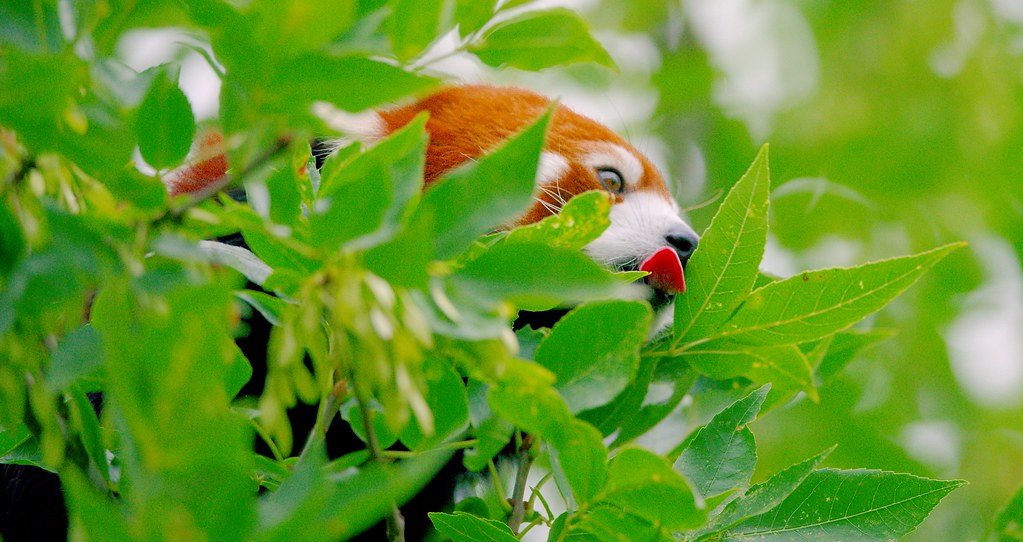 Years ago, shortly after I started getting serious about this photography thing, I happened by the zoo when there weather was stormy. I was lucky enough to get a photo of a red panda glowering out from between the leaves of his tree, water droplets sticking to his fur, pissed off because his mate wouldn’t let him inside.

This summer, I was there when there were three thunderstorm warnings. I spent hours watching the radar and moving back to the red panda enclosure in the hopes to getting a similar shot with my newer camera and lens. The first two storms missed us, but right before it got dark, the third storm came by. It had weakened considerably, but I was hoping that there would be enough moisture in the air to start sticking to the red panda fur (more like hair, really).

It stuck to the leaves instead, so the red panda had a drink.