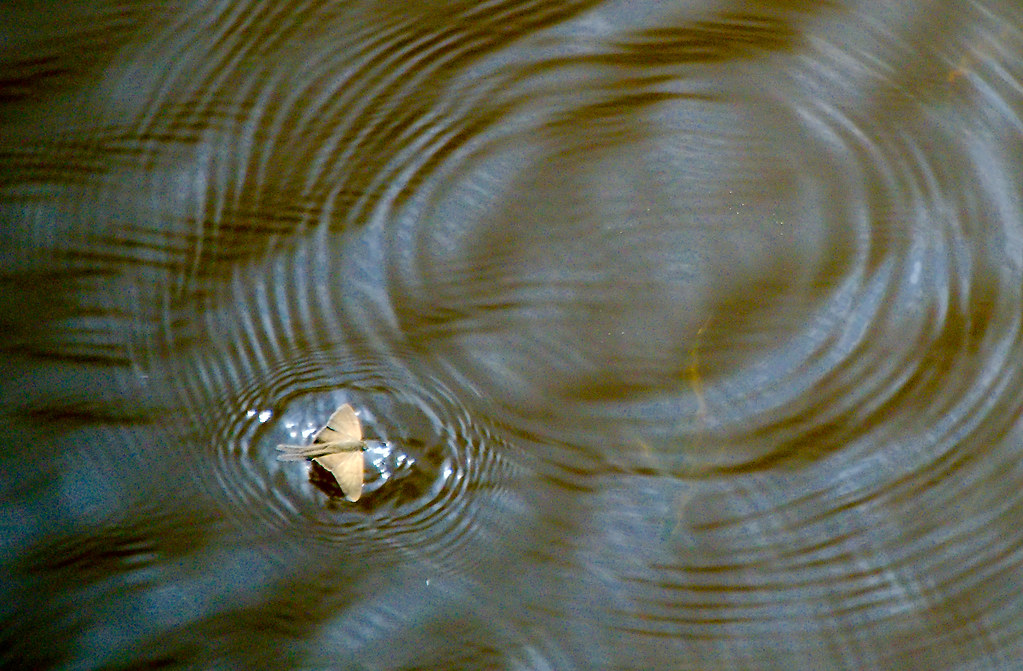 I have no explanation for this one, so I’ll just describe what happened.

I was shooting the fish, which were up near the surface .. presumably because there’s more oxygen there and fewer predators than below.

Then I saw this moth flying near. It dropped in amongst the fish several times. At first, I thought that it has gotten nabbed and was having a hard time flying away, but it’s repeated behavior showed that it – for some reason – wanted to be there in the middle of all of the fish. Was it laying eggs? Did it want to be eaten? Maybe it was a reporter on assignment.

There’s no way to know. Sometimes all you can do is take the shot.