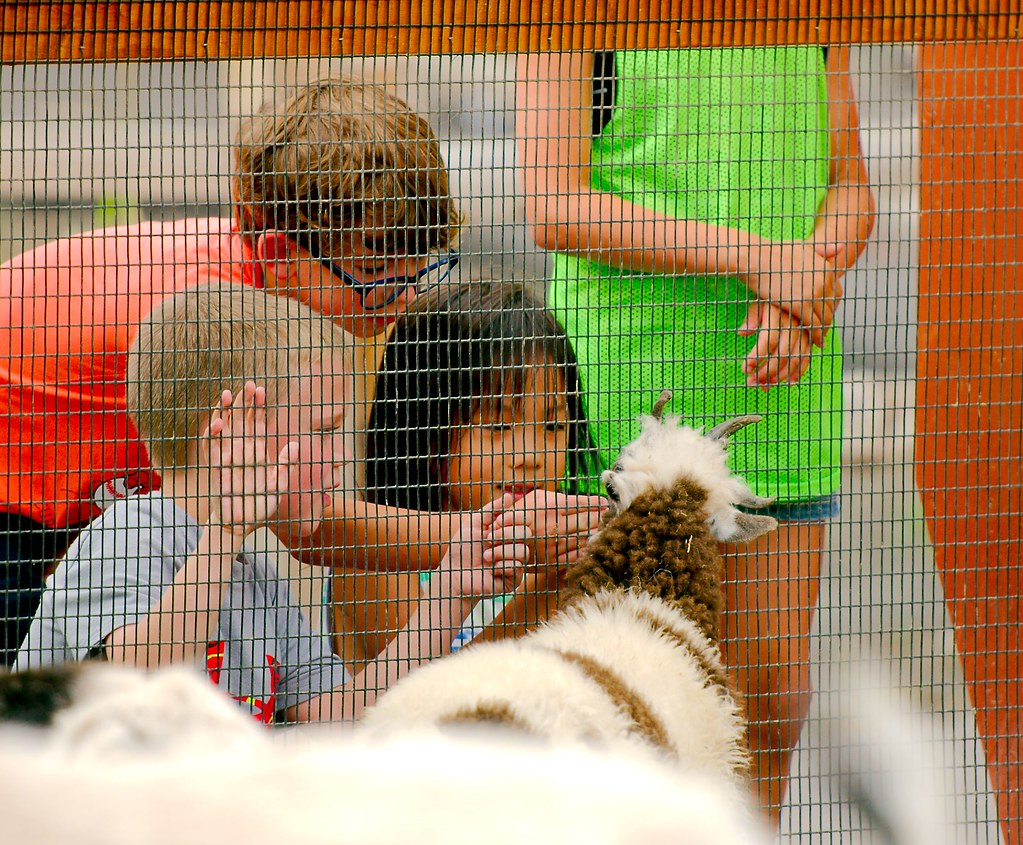 It was opening day for the season at People Zoo and the goats were visiting. The kids liked to visit and play with the people, feeling safe with the barriers in place. Some of the older animals sometimes thought it cruel to keep the people trapped but when they looked at the widespread devastation they had wrought when previously unchecked, they realized that things were better this way. Besides, the people got better food and health care in captivity than they had been able to get in the wild. They lived longer. They seemed happier. It was probably a good system. After all, it was better than letting them go extinct, right?

There were still the debates. A radical people rights activist group once broke into People Zoo and let several people free. However, unable to provide for themselves in an environment devoid of fast food stores and malls, they were eventually re-captured, dirty and starving, and re-introduced to their clans. Some falsified documentaries were made to drive interest in the cause, which caused a bit of hubbub for a while before the animals realized what had happened and came to their senses before anything catastrophic was done, that could have risked the long term survival of the people.

Eventually, some animals got the bright idea to ask the people if they were doing okay, both individually and as a species.

The people blinked at them a bit, then grabbed a bag of chips, a soda, and went back to watching TV.