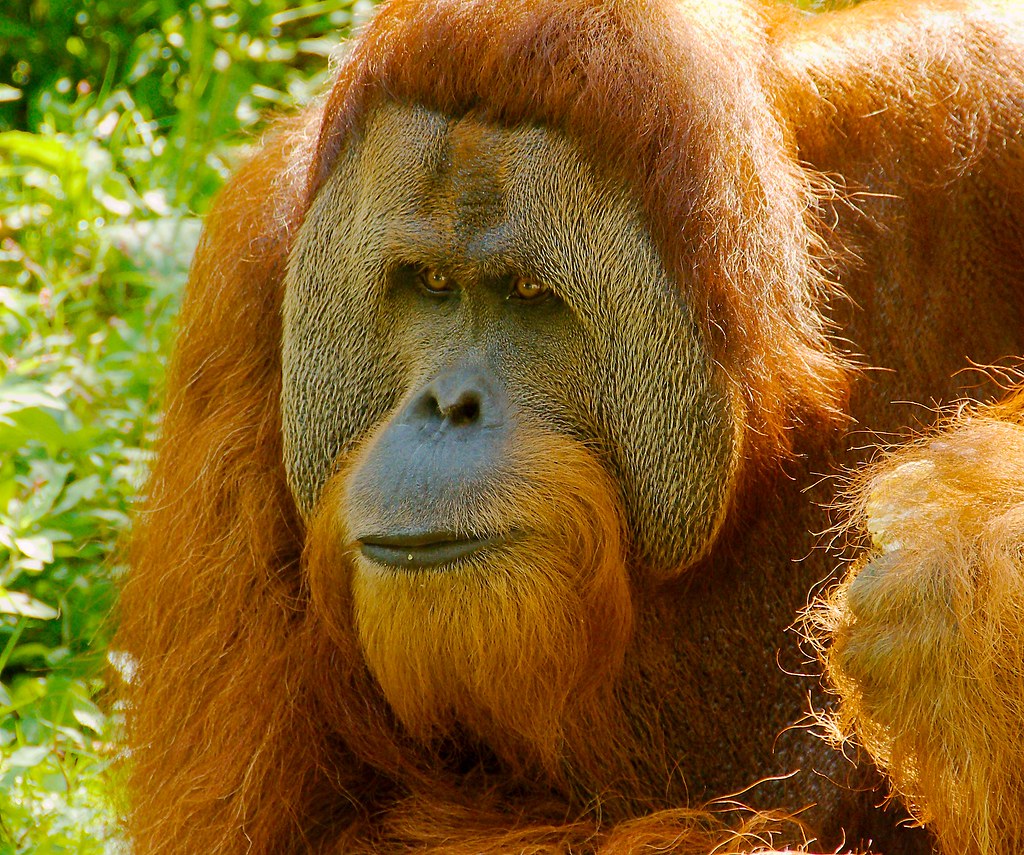 the “uncanny valley” is a concept applied to computer animation where, if a model gets too close to being human, but isn’t quite close enough, people get weirded out and identify with them even less than they would a less-close likeness.

I have my suspicions that something similar may be occurring in conservation. The orangutan faces massive habitat loss due to deforestation and mining and death from hunting, just like most species in Borneo and Sumatra. However, just to show how cruel some humans can be, the mothers face death from hunting so their children can be sold as pets because they’re close enough to human to be really cute when babies. There are also stories of orangutans being kept as sex slaves for humans.

If this bothers you, check out orangutan.org.