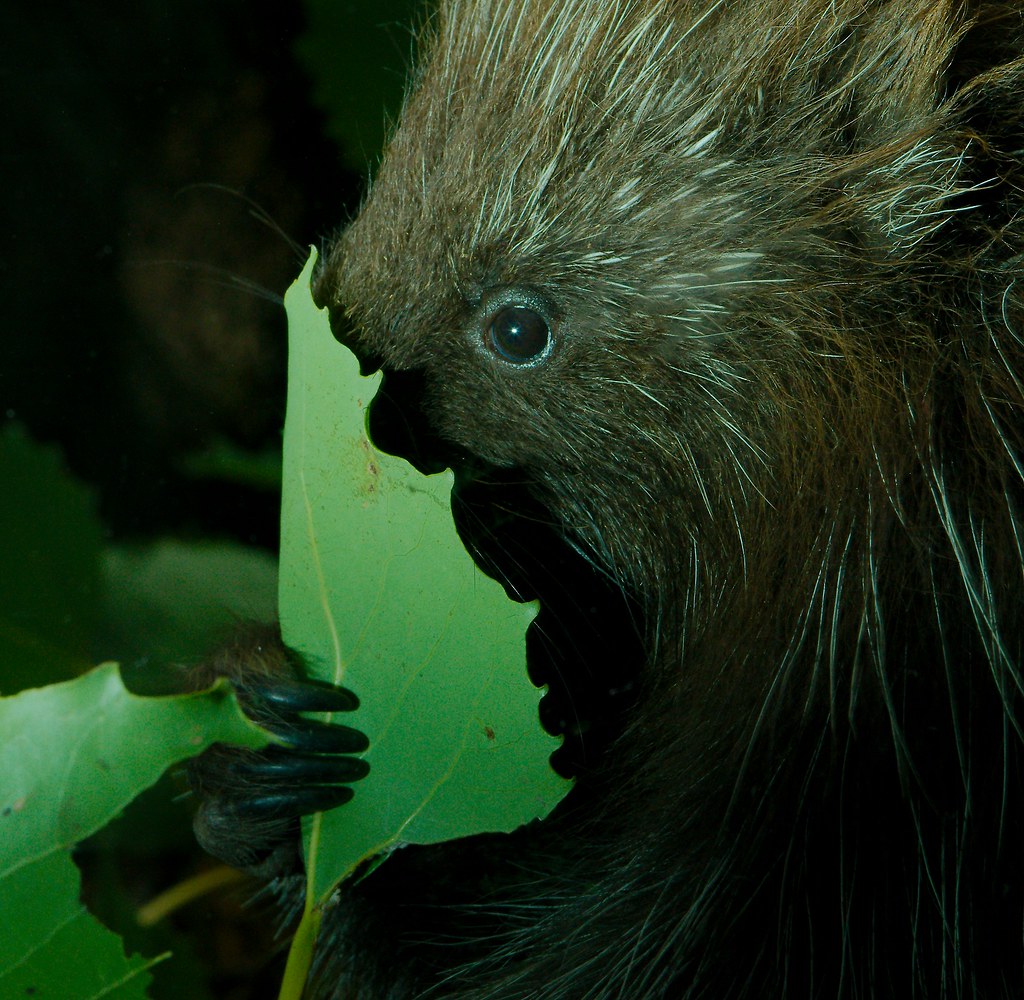 Well, not when we’re babies. Or if we have mange.
Or, I suppose, if we shave off our quills, but only the weird porcupines do that.
Anyway, the point here is if you meet a porcupine, odds are, that porcupine is going to be pointy.

In fact, if you get to know a porcupine, there’s a chance you may get poked.
That kinda goes hand in hand (or paw in paw) with the whole porcupiney lifestyle.
We don’t mean to do it. We’re normally careful.
Sometimes though, it just happens. Usually because we don’t communicate well beforehand.

I don’t like to admit it, but some porcupines are assholes.

They poke you on purpose.

Still, the rule growing up was, “all porcupines gotta be put together”,
so there they were, hanging out in the locker room, being all pointy and stuff.
You had to watch out too, ’cause as soon as you weren’t watching, you’d get poked and they’d all laugh.
Not only that, but you had to laugh when your friends got poked, because otherwise, next time, they’d poke you.
We avoided them then as much as we could, and now that we’re all grown up, we still do.

I mean, who would hang around with assholes on purpose.

The thing is, they’re still around. I can recognize them, ’cause I’ve met a lot of them over the years.
When I meet one as an adult, I just mentally think “pointy asshole” and find somewhere else to go.
Sad to say, I’m still a bit afraid of getting poked.

So you’ll be wary.

Probably because you’ve either know someone who has been poked, or have been poked yourself.