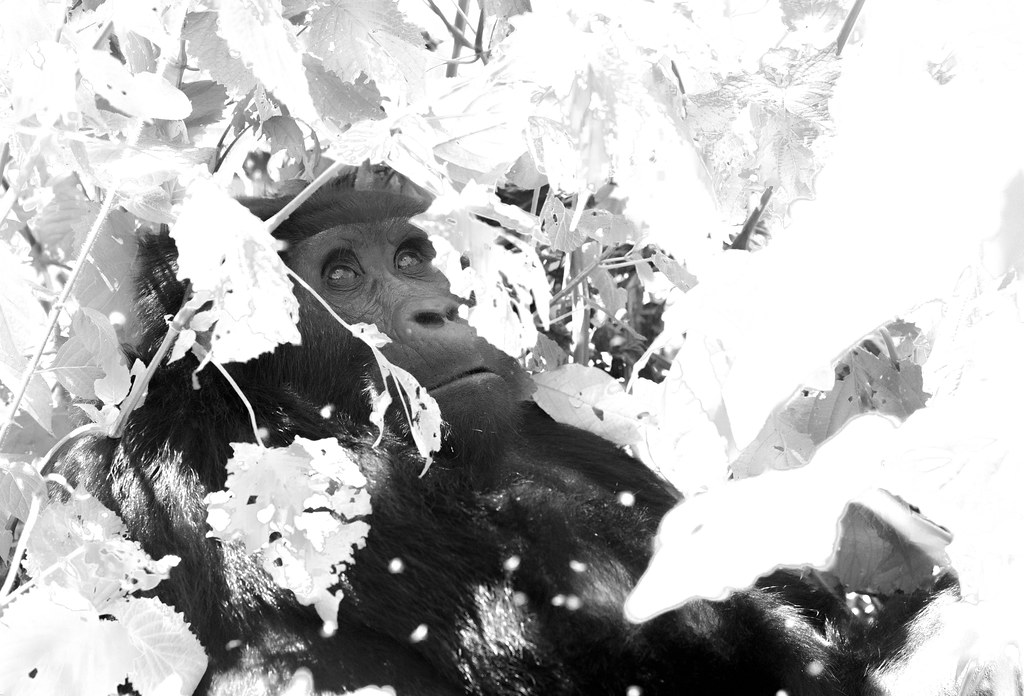 However, the bad news is that they are a mountain species and, as the climate grows warmer, mountain species tend to adapt by moving further up the mountain. Because mountains grow narrower as they go up, this concentrates the population near the top, where there is more competition for resources. If the warming continues, even the tops of the mountains can become uninhabitable for species adapted to different conditions and they die out entirely. A similar process was responsible for the recent extinction of the Bramble Cay melomys in 2016.

The populations of all other great apes – with the exception of humans – are declining. While there is no reason to think that this gorilla is aware of the plight of his species, it certainly looks as though he is.