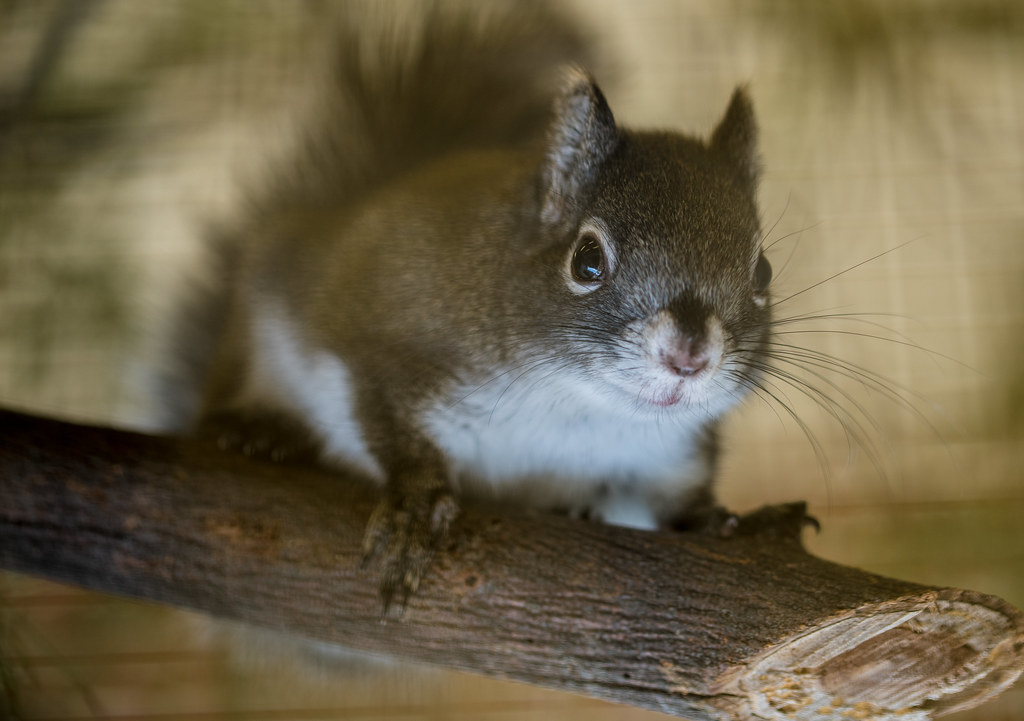 When I went to the Phoenix Zoo, I was fortunate enough to be allowed special access to see some of the species they are trying to breed, but that are so critically endangered that they cannot be visible to the public. That short list included the Mount Graham red squirrel – a species that is so easily stressed that I had less than five minutes to shoot and couldn’t use flash or tripod. Ideal conditions for squirrel breeding is not photography-friendly.

This squirrel was thought to have gone extinct in the 1950s. The population had been slowly rising since it’s rediscovery in the 1970’s … until the fires.

2017 saw 79 fires on Mount Graham, burning over 125,000 acres, including a significant portion of the squirrel’s habitat. The October census found only 35 squirrels alive in the wild.

When I took this photo, the zoo had four squirrels (that I saw). This means that over ten percent of the global population lives in one tiny room … and that this little guy is 2.9% of the entire species.