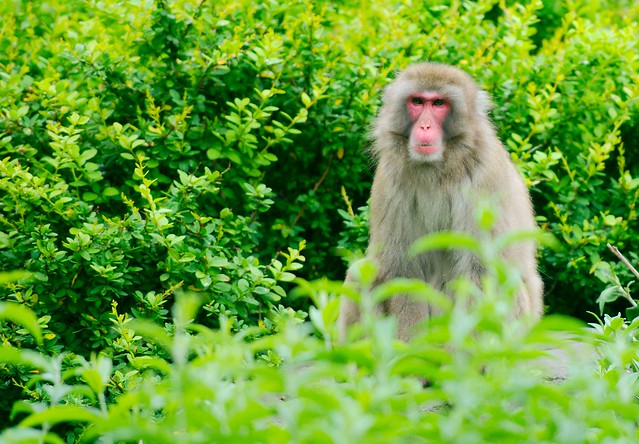 Japanese macaques are native to Japan (obviously) and, as of 1972, to Texas where 150 of them were relocated to the South Texas Primate Observatory. While none of the accounts I’ve found have bothered explained why anyone thought this was a good idea, they all confirm that several monkeys died after the move. It seemsthe climate of South Texas is somewhat different from what they were used to. However, they adapted and the troop thrived and grew to over 600. Then, being monkeys, they started to pick locks, climb fences, and otherwise escape into wider Texas.

Texas, being Texas, decided that monkey hunting season should be a thing because while the monkeys were a protected species, they weren’t native to Texas and could be shot. This decision was later reversed under the clarification that it’s not okay to shoot someone else’s animals even if they were trespassing … even though it seems to be okay in non-monkey circumstances.

Basically, the only way this makes sense is if the monkeys are now considered Texas natives, so the protection list applies.