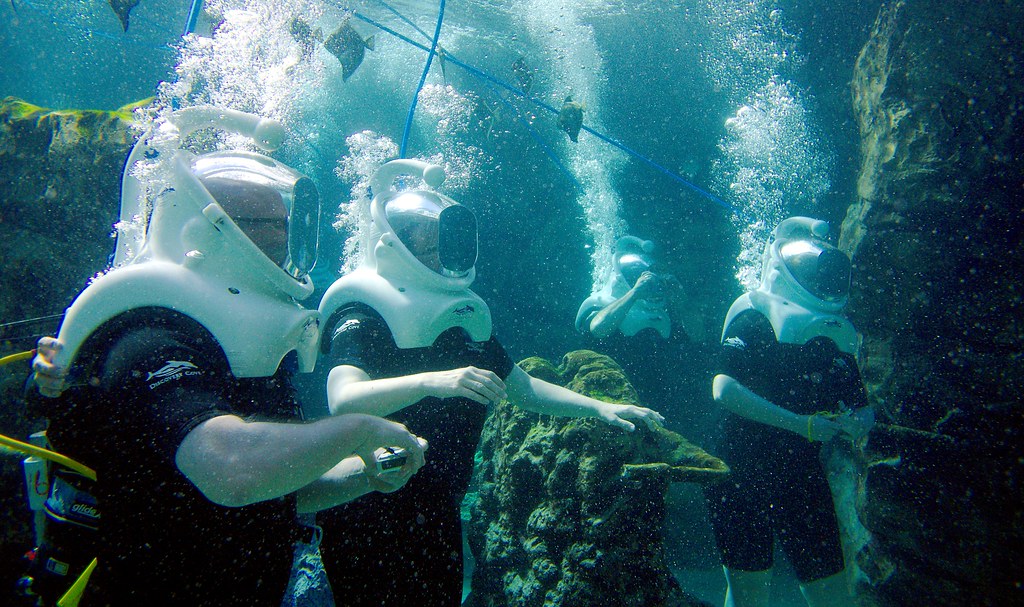 This is what the “dive experience” looked like, in the human direction. Everyone was under water with forced air going into the weighted helmets. The air was balanced for buoyancy. The net effect was that people who might have trouble walking or breathing were able to go underwater in ways that may not have been possible before. However, people who are sensitive to pressure making ears pop and such should probably avoid it.

Once underwater, you held onto handrails and walked on the prescribed path. Mostly, it was seeing fish. A side effect of the helmet is that you couldn’t really move your head up and down, which made getting the right angles on photos nearly impossible. So, I don’t recommend it for the photography aspects. Still, it was an interesting experience.

The most interesting thing for me was the moment I walked down the ladder and saw the water close over my head. As soon as that happened, something in my brain went “This is **wrong**, get out now!” It’s weird to be 40 years old and encounter a new instinct. I used logical brain to push that aside and did it anyway and I was fine. However, in that moment I suddenly understood the stories of people suddenly and unexpectedly panicking. Had I not been prepared for that feeling, I could see the instinct overriding the logical brain very easily.