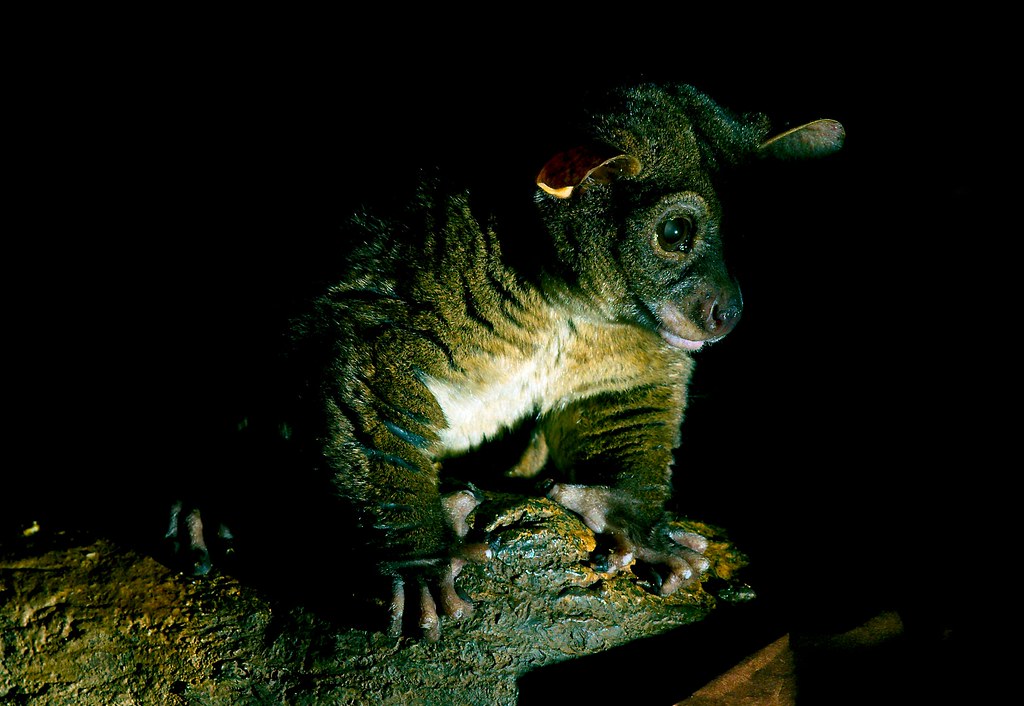 The bushbabies are members of the strepsirrhines, which is a suborder of the primates known to have wet noses (and other things). Strepsirrhines apparently split off from the haplorhine primates between 55 and 90 million years ago, at a time that was called “the primate radiation”.

Interestingly, the primate radiation is the only known form of radiation to have given special powers to real life humans but not comic book characters.