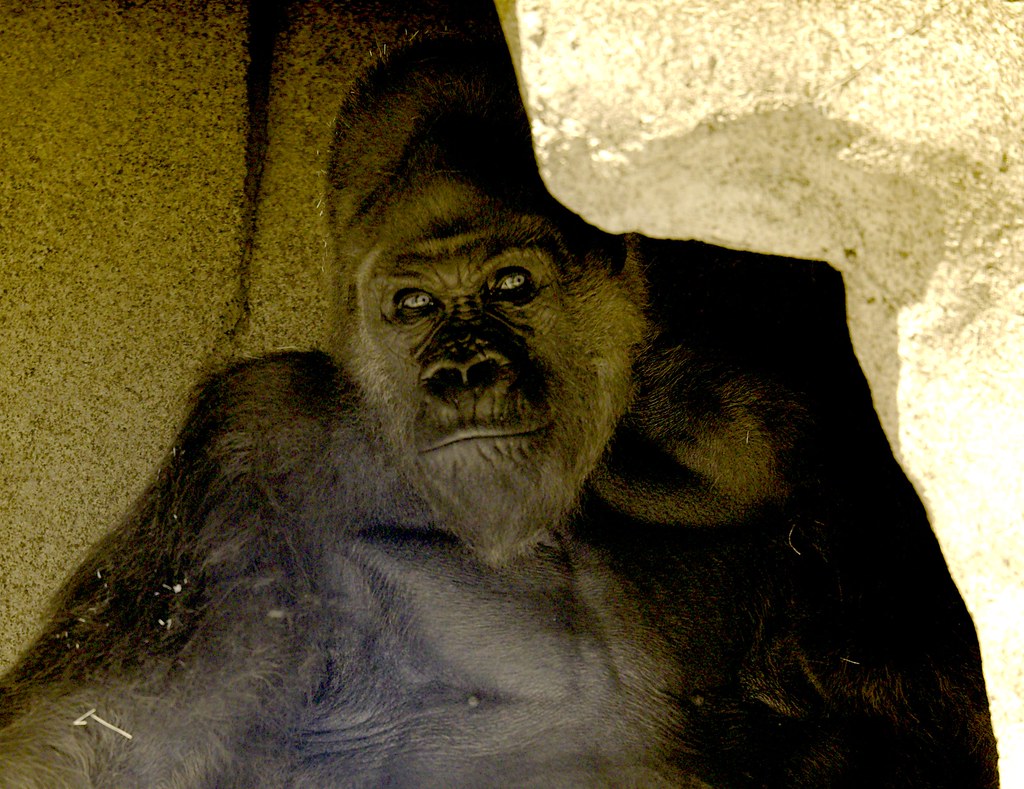 This gorilla was trying to write a report, but ABBA came up on the playlist, so he went to see what they were up to and discovered that they will be launching a “hologram” project in 2019, but the word hologram can mean different things. After reading up on it, he’s decided that their “hologram” project will likely involve digital recreations that are presented in a 3D form via some sort of augmented or virtual reality, which is an odd term in of itself because reality is only ever experienced through the senses and no one is ever in a position to know what an objective reality is in the first place. Although, to be fair, it is now believed that we have more than the traditional five senses, with some putting the number as high as eighteen, one of which is proprioception, or the ability to sense where one’s body parts are, and now the gorilla can’t stop feeling his ears, which are listening to ABBA.

This gorilla doesn’t really want to write a report.