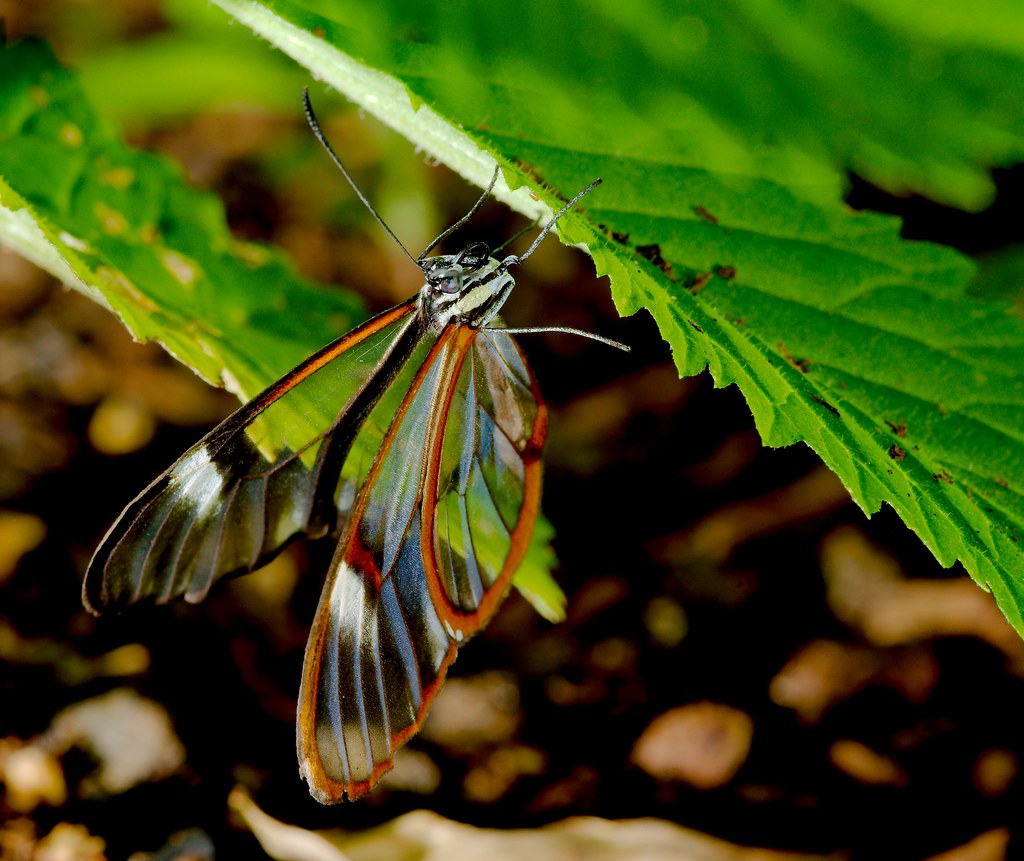 There are animals that you read about, but never really expect to see. Some of them are rare. Some are extinct. Some are just mythical. Others though, are just really really hard to see.

This is a glasswing butterfly. They were on my list of things to see when I went to central America. While I was able to see several blue morphos (another classic butterfly of the area), I was constantly foiled in my attempts to see the glasswing. Since then, every butterfly garden I visited, I’d ask if they had glasswings. The National Zoo claimed to have them, but I never found them.

Then, in Phoenix, I visited the Butterfly Wonderland.  I had called first and asked if they had glasswings. Upon receiving an affirmative, I set aside an afternoon and went a-photographing. Upon getting there, I saw many different butterflies and moths (why isn’t it “mothes”, by the way). What I did not see, however, was the glasswing.

The issue, of course, was that I knew they existed and I knew one was around, but having never seen one, I didn’t know what to look for.  I knew that they were butterflies who lacked scales on their wings and, therefore, had clear wings like most insects do. What I didn’t know was how hard it would be to find an animal the size of a dime in a 10,000 square foot (929 square meters for those of you who use a real measuring system). Moreover, I didn’t know hard it would be if the animal were effectively invisible.

This, really, is the difference between intellectual learning and experience. My intellect told me: “You know they’re here, you sorta know what they look like. Just be patient and you’ll see one eventually.”.

Now that I’ve done it, experience would say:

“These butterflies are small. Really smaller.  Much smaller than any of the other butterflies you see. They’re also clear. This means that, unlike the other butterflies who have traded survival opportunities for increased chances of mating, these ones have nothing to gain by being out in the open and if they’re too high up, they run the risk of being blown away. So look for them low to the ground, under other plants. Scan the area with your eyes and remember where the bright, obvious butterflies are. Then look for movement with your peripheral vision. They don’t move much, so be patient and look around each area for at least five minutes before moving on.”

The first time I looked for them when I knew they were there, I spent three hours. Once I lost it and had to re-find it, I had learned enough that it only took me ten minutes.

That is why experience matters.