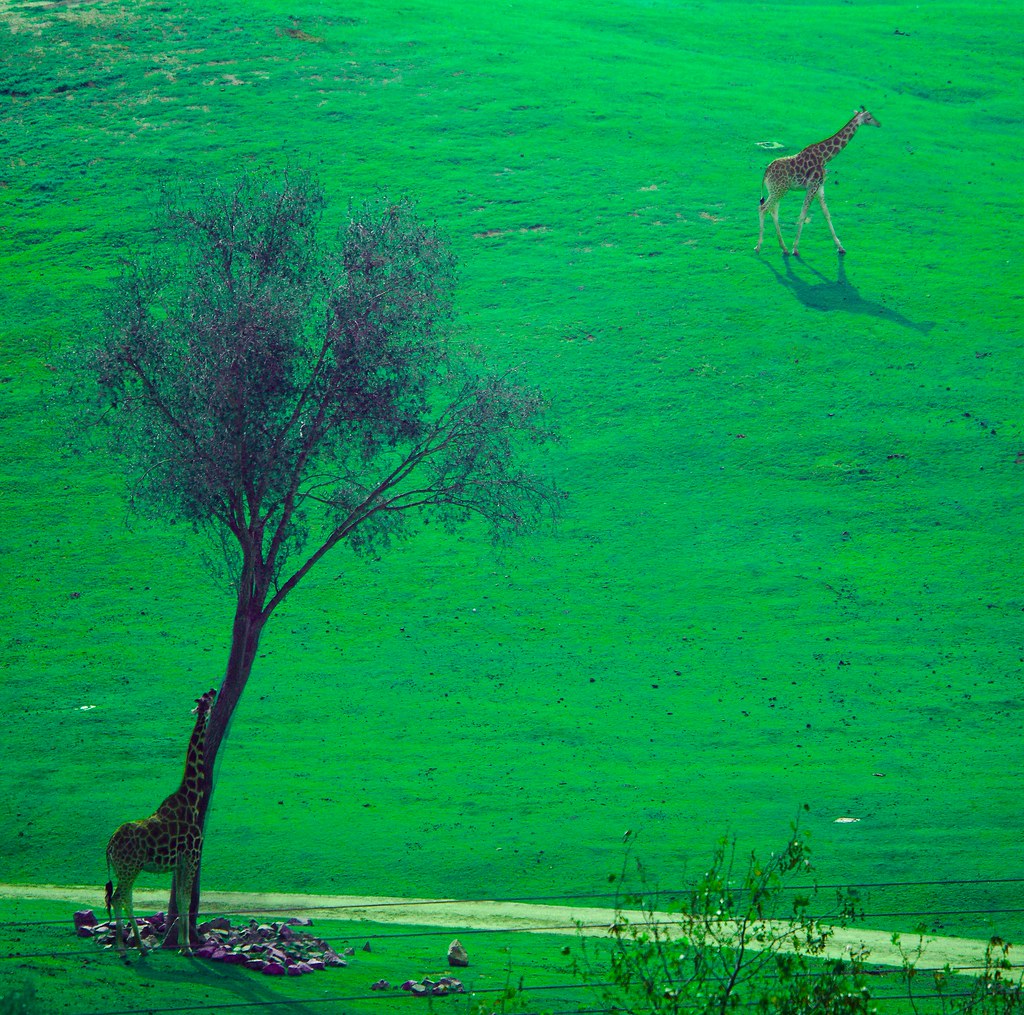 You’d think that they’d start working on wings but, as it turns out, flying takes a lot of energy. Digesting leaves to get that energy requires a long digestive tract, which makes for heavier animals. The heavier they are, the more energy they need to fly, and so the fight never ends.

The trees could evolve a poison to keep giraffes away, but the more complex a molecule is, the more energy it takes to make and that energy can be spent on growing taller instead. Also, historically, plants that make poisons aren’t all that effective. Some animals just turn them into spices.

The giraffes could evolve to pursue a high-energy food source, but to do so, they’d have to get smaller because there just aren’t that many nuts and insects around and, if they become carnivorous, faster to catch their prey. However, as soon as they start doing that, they’ll starve to death, not being able to reach the leaves that the trees try to keep away from them.

So they remain, locked in an extremely slow battle, until one, or both, of them fade away.