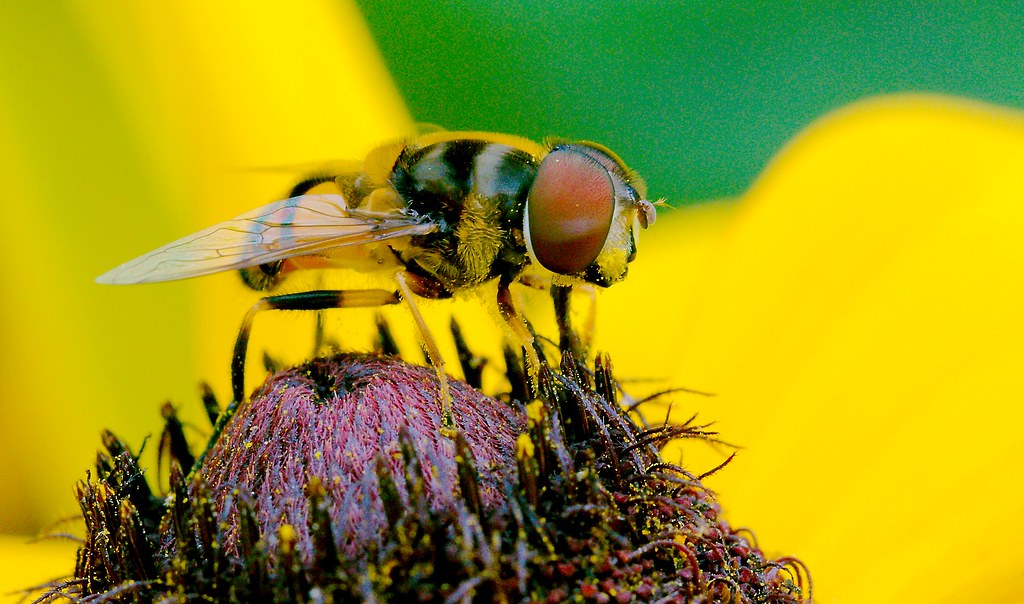 This fly really wants you think it’s a bee. Their strategy works because of the following logic: