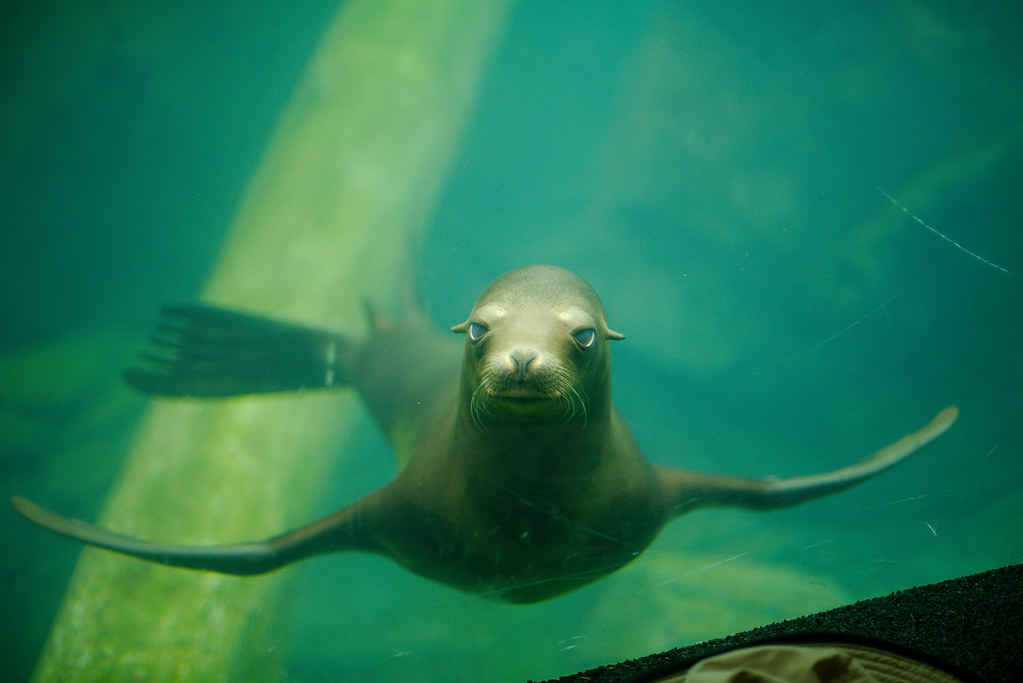 The National Zoo is weird. It doesn’t so much have hours of business so much the animals have hours for which they work. Since the zoo is, in some ways, a National Park, it is functionally open really early to really late. It’s just that if you get there early, the buildings are closed, but the grounds are open. Basically, all the animals are still having their morning coffee and reading the comics, so you don’t get to see much.

However, the sea lions don’t really go “home” for the night, so they’re out (in as much as sea lions get an “out”). They’re also extremely bored. Now, I’m not crazy enough to throw anything into the pool for them (seriously, don’t do that). However, what I did do was set my hat down on the ground up near the glass and this little guy had all sorts of fun trying to bite it or bubble it away. In the process, I got a decent little portrait here, but feel free to click through and see the other “playing with my hat” photos.