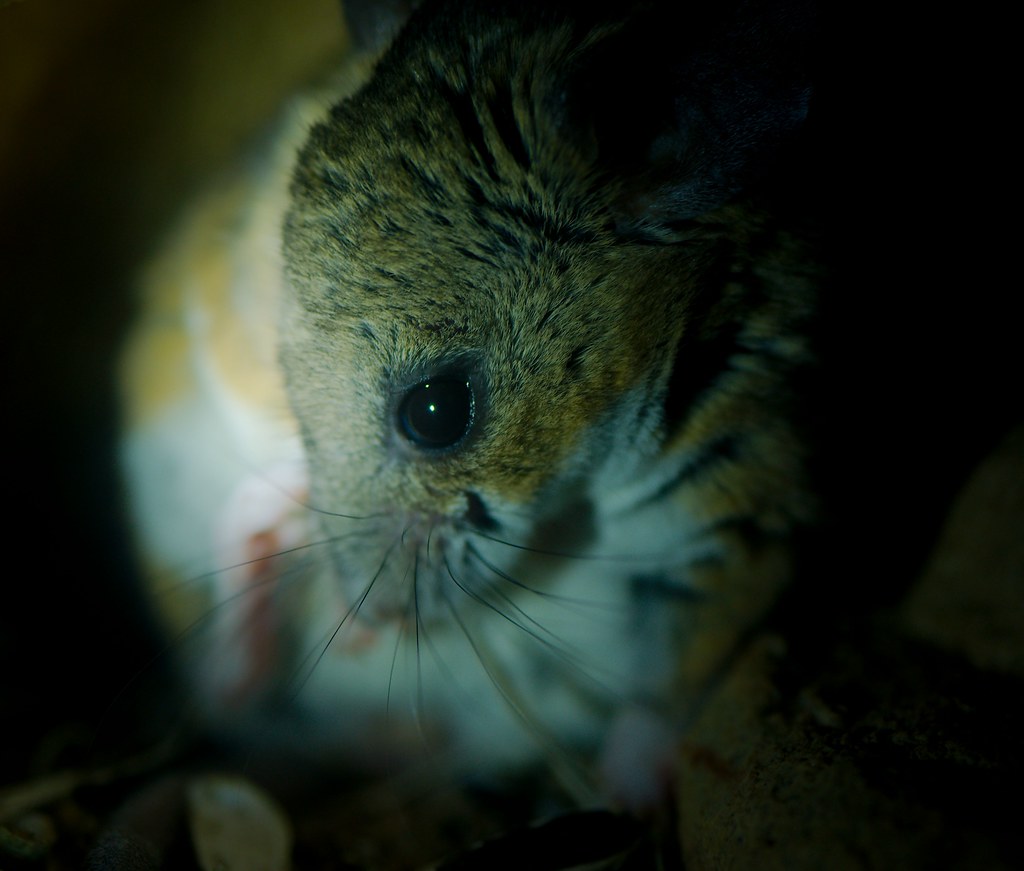 This is not a great photo, for which I apologize. It is, however, illustrative of a common difficulty I face when doing my photos. This mouse is nocturnal. While fairly abundant (most rodents are doing OK), unless you like to go out in the desert and either trap them or destroy cactus to get to them, you’ll never see one. I did see some desert rats, but they move much too fast in very low light to get a photo. So this is the best you can get.

Nocturnal exhibits are tricky. I generally try to avoid flash except at the very lowest power (and for highly sensitive animals, no flash at all). However, it’s often too dark to even focus. So, to get a shot, you have two choices. You can either go for a narrow aperture to maximize your depth of field (how much of the animal is in focus) and really blast it with light, or you can open the lens up, which makes the focus plane very narrow and go with little light. Blasting an animal with light is potentially cruel to the animal (depending on how their eyes or eye-like features are constructed), can stun it into non-normal behavior (making the photo less interesting) and, in zoos, cause a lot of glass bounce. If you take the other approach, focus can be hard, as you’re not working with much light either to begin or end.

In this case, I used a flashlight technique. I used a flashlight on low power, in a glancing orientation so it didn’t hit the mouse’s eyes, to set the focus on the camera (on a tripod). Then, I set the camera to take several photos in rapid succession, and just swept the flashlight beam across the mouse fairly quickly. Then, it’s just a matter of choosing the best image.

It may not be the world’s best photo of a mouse, or even of a cactus mouse. I don’t think it stands on its own (hence this long-winded explanation). However, I think it captures the intimacy of the burrow without hurting the mouse, which was the core goal.