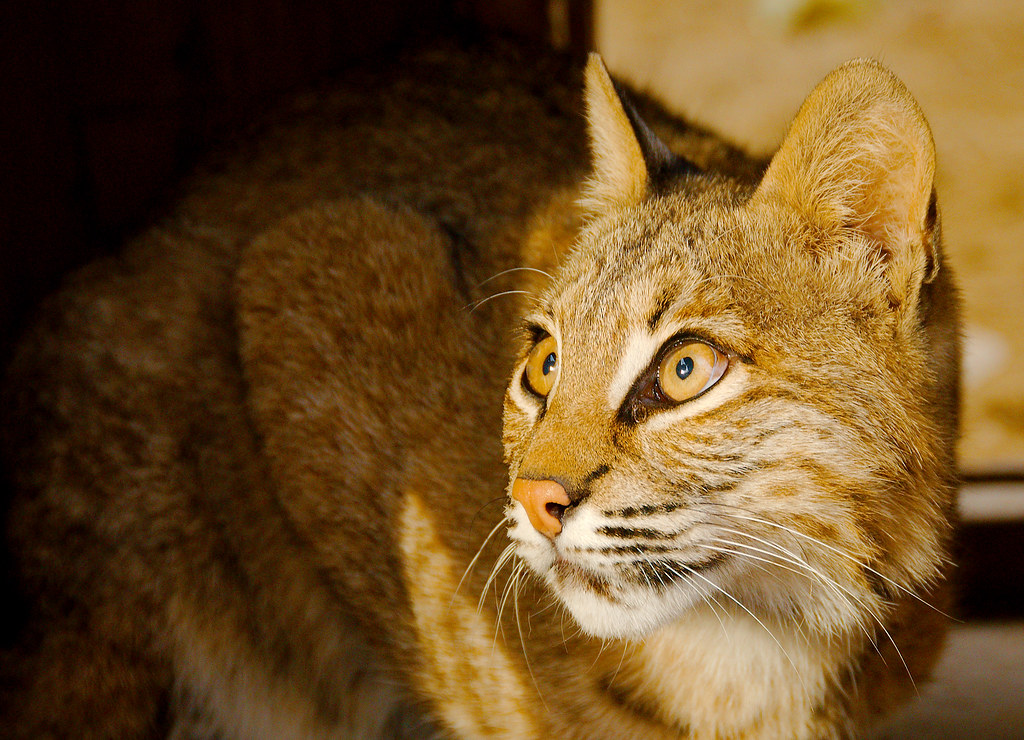 This bobcat was taken from the wild and turned into a house pet, then was terribly malnourished and confiscated by the state. He eventually wound up at the zoo and, under their care, was given medical treatment and moved over to a diet of true meat (as opposed to the frozen fish sticks he had been eating). This photo was taken on the first day he was allowed outside in his new home. You can tell that he’s not entirely sure what’s going on.

One year later, I visited again. I could get no photos because, once he became healthy, he became a wild animal once again and it was no longer safe for me to be near him.

Photographs are a moment in a time. At the time I took this photo, he was a sick, scared, wary little cat. Today, he is a powerful, dominant near-wild animal. While I’m somewhat sad that I can’t get photos of him anymore, I’m happier at the same time.