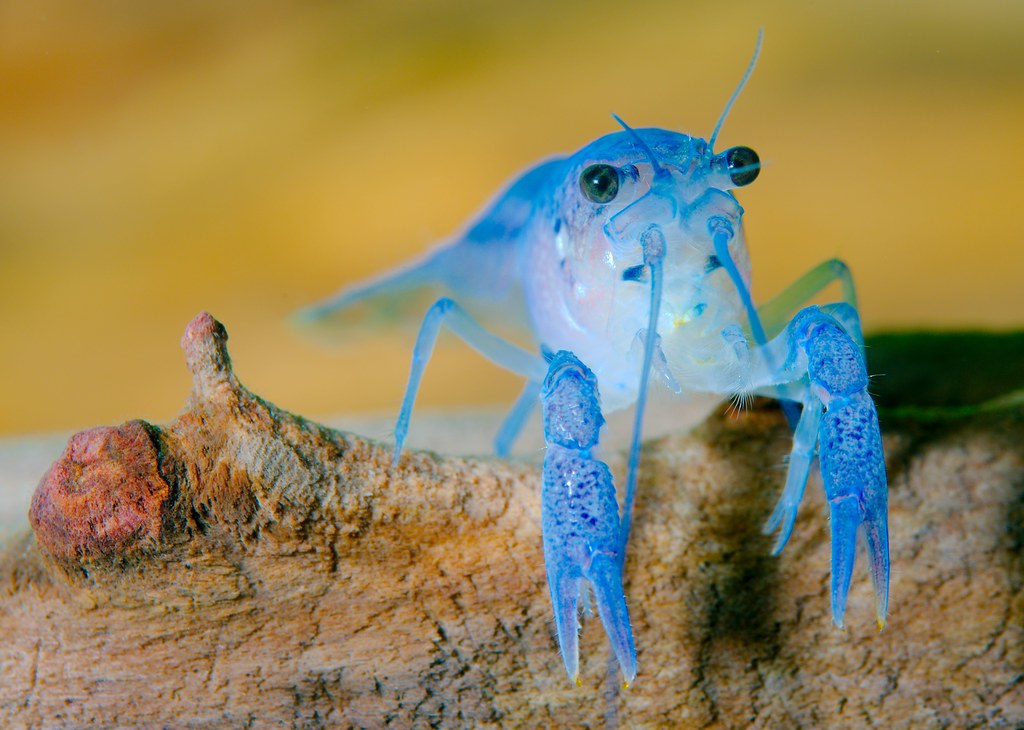 According to Wikipedia, crayfish are also known as crawfish, crawdads, freshwater lobsters, mountain lobsters, mudbugs or yabbies. Taxonomically, we know they’re in the super-families Astacoidea and Parastacoidea. Linguistically, though, it’s a bit messy.

The term “cray” come from the French word “escrevisse”. Because they live in water, people tack on the word “fish”, even though it’s clearly not one of those. Here in America, “Cray” is trademarked*, so the stem-word “craw” is preferred. In the midwest, we know from fishes so we call them “crawdads” instead … apparently our fathers were all lobster-like. ¯\_(ツ)_/¯

But wait! It gets even messier. In Singapore, “crayfish” is what they call the slipper lobster, something entirely different … except when it refers to a different species, invasive, which is more commonly known as the Australian red claw crayfish, the Queensland red claw, the redclaw, the tropical blue crayfish, and the freshwater blueclaw crayfish.

Deeper into the linguistic messiness, it appears that in Australia, New Zealand and, oddly, South Africa all these names refer to a type of spiny lobster. With “crawfish” referring to the saltwater version and “yabby” meaning the freshwater species … unless they’re talking about some different species, the Tasmanian giant freshwater crayfish or the Murray crayfish.

And this, my friends, is why biologists have to rename everything in Latin.

* This may not actually be the reason